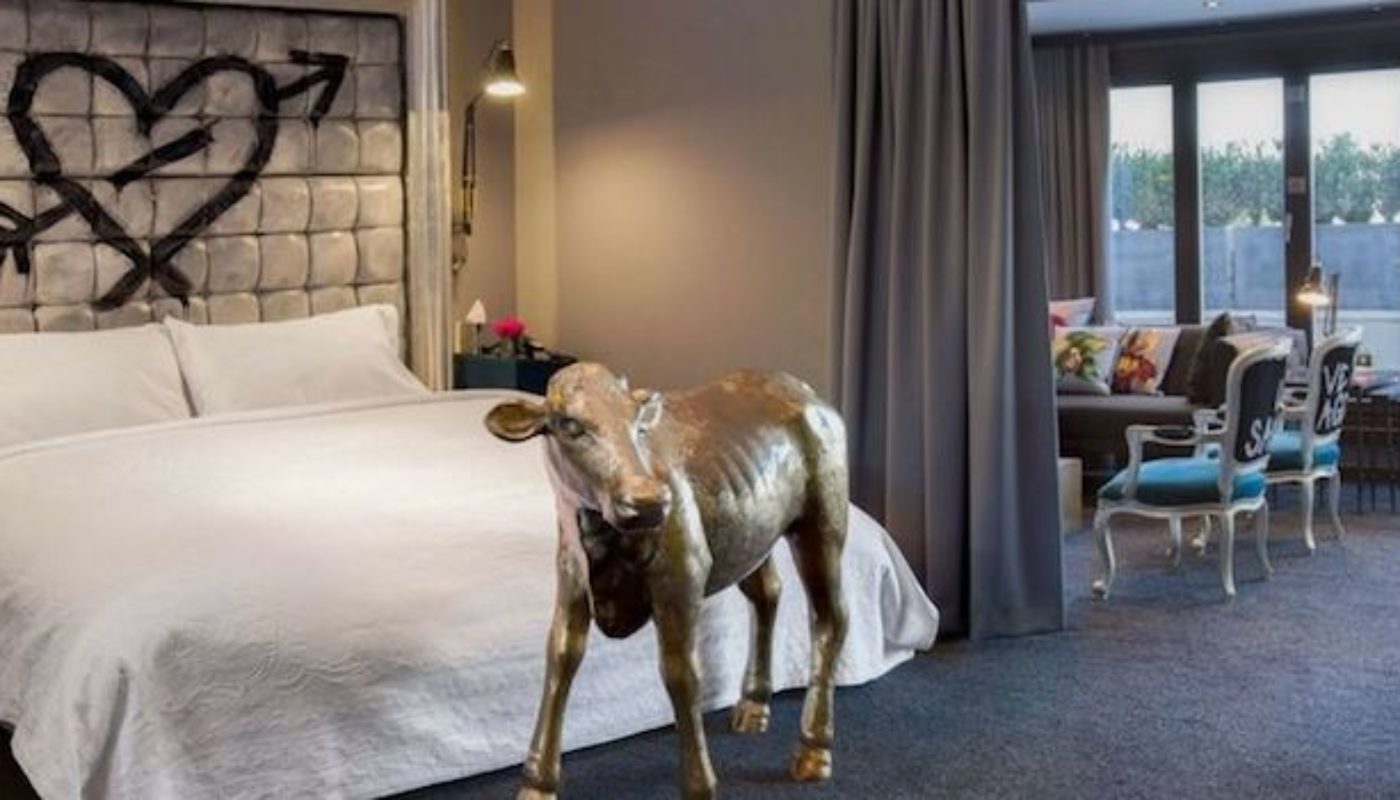 Top 10 Most Unusual Hotels in the UK – Taste Travel Guide

Hotels come in all shapes and sizes, all manner of design and décor. The primary thing they have in common, of course, is the room you sleep in, but wouldn’t life be boring if all rooms were the same? Listed here are some of our favourite, shall we say, unusual places to rest your head in the UK. They vary in range, from 5-star excess to 3-star modest, but all have one thing in common: their owners have gone two (if not three) steps beyond to provide something completely different. Sweet dreams! Located in the extensive wooded area of the Chewton Glen Hotel & Spa, in Hampshire’s verdent New Forest, are several luxury escapes that give you all you could possibly need to withdraw from the world. Each opulent treehouse here – they range from studio, loft, hideaway and private – includes a hot tub, wood burner, huge bathtub, king-size beds, underfloor heating and mood lighting. Dinner and breakfast options can include walking to the main hotel, but if you don’t fancy that then three-course dinner and brekkie hampers can be delivered to you. The views are, by necessity, gorgeous. And why wouldn’t they be when you’re over 30 feet above ground with only leaves, branches and sky for company? When you hear a hotel being described as “ultra-hip 5-star boutique” there immediately arrives an inauspicious shiver up and down your spine. Fear not in this instance, however, for the Exhibitionist Hotel is an ultra-hip 5-star boutique place that has equal levels of class and gravitas. Located in a beautifully restored 18th-century townhouse in Kensington, the hotel is rammed with contemporary art works (by the likes of Anna Laurent, David Hollier, Karis Knight, and London-based artist Endless), and even hosts rotating art installations and exhibitions.

Built in 1929, extended in 1932, left to languish during the post-war years but now fully restored to its heyday glory, Burgh Island Hotel is a splendid art deco landmark property that sits on its own tidal island. Located on the South Devon coast, the island is accessible by foot on low tide or by sea tractor at high tide. Apart from the hotel, there is just one other notable building on Burgh Island: the 14th-century pub, The Pilchard Inn. Famed for having had Agatha Christie as a long-term guest (she wrote two of her books here), the hotel is an art deco wonder. Think swish, old-world, black-tie and very, very smart. A compact hotel (eight rooms) situated in a 600-acre park that is home to over 760 endangered and rare animals, this is undoubtedly a fun-for-all-the-family place. The reserve (which is part of the Aspinall Foundation) is a breeding sanctuary home to tigers, lions, giraffes, black rhino and gorillas. The hotel, meanwhile, is a Grade II-listed house built in the early 20th century. The eight rooms are exceptionally high standard (king-sized beds, some four-poster, ridiculously fluffy towels, Bamford toiletries), while the décor mixes suave grey with modern art. Top marks for breakfast, too, which includes huge fry-ups and – we love this – baked-to-order pastries. This is not so much a hotel as a quaint B&B overlooking the marshes of Cley, a picture-postcard village close to a shingle coast. Inevitably, the views from this brick-built five-storey windmill are wonderful and are key lookout posts for lovers of nature reserves and bird watching. The windmill can sleep a dozen guests in six rooms, which makes it perfect for large groups or wedding parties. If you’re after privacy, there are garden rooms located right beside it. The ground floor is a circular sitting room area that contains a wood-burning stove. The only drawback is the poor sound-proofing, so it might help to know who your neighbours are! Spitbank Fort is a man-made military-use fortress that dates back over 150 years. Following the Second World War, the fort was decommissioned from military service, and subsequently remodelled as a boutique luxury hotel. Because of its location in Portsmouth Harbour, there is a distinct Royal Navy sensibility here. A ‘party’ room is called the Crow’s Nest, dinner is served in the Officer’s Mess, and drinks are served in the Victory Bar. There is also a roof terrace that features a sauna, hot pool, sun deck and fire pit. Eight suites are available in a spot that is as much about an overnight stay as it is a unique experience.

Located in the truly bizarre Portmeirion Village, Hotel Portmeirion will be celebrating its 100th birthday in 2026. Grade II listed in 1971, the four-star establishment has 14 smart bedrooms, a fine dining restaurant, a bar and several lounges. Much of the interior is an antique dealer’s dream come true, while residents have a golden ticket in the form of free entry to Portmeirion Village, which is one of the most eccentric slices of real estate you will ever see. Think rural Wales melting – Salvador Dali-like – into the Italian Riviera and you’ll have some notion of what we’re dealing with here.

Anyone that has been on a cruise will know that the potential downside is sea sickness. Not all of us can locate our sea ‘feet’, and so an overnight stay on a moored yacht – which is also a luxury hotel – might just be the answer. The Finnish-built vessel is certainly swish, and across five decks you can tell that no expense has been spared. From Scandinavian oak finishes and brass fittings to curved double staircase and a very grand chandelier, this is extravagance and indulgence on the not-so high seas. You know that some hotels have it sussed on the personality front when the reception area isn’t actually an ‘area’, but a double decker London Red Bus. So it is with Crazy Bear Stadhampton, which is part of a small group of similarly eccentric properties dotted south UK (with two in London). Located less than ten miles from Oxford, the design aesthetic here is the polar opposite of generic colour schemes you usually find in chain hotels. Instead, the ten bedrooms (and the nine suites located in refurbished cottages surrounding the hotel) are radically different – from all-blue in one suite to floor-to-ceiling silver in another. One room even has its own jukebox! With a concept originating in Amsterdam, this three-star hotel avoids some of the obvious connotations that arrive with the word ‘budget’ by virtue of its design principles. The quirky rooms are, in fact, cuboid (or modular) in shape, with comfy beds, flat-screen TVs, rainfall showers, and blackout curtains. An added bonus is that it’s located in London’s Brick Lane/Shoreditch area, so if you’re into uber-hip cafés, bars and/or restaurants then you are well and truly sorted. Yes, the three-star rating might indicate lack of amenities (there are no windows in some rooms, and wardrobes are of the ‘open’ variety), but if you want to blend budget with style, smartness and cleaniness, then look no further.