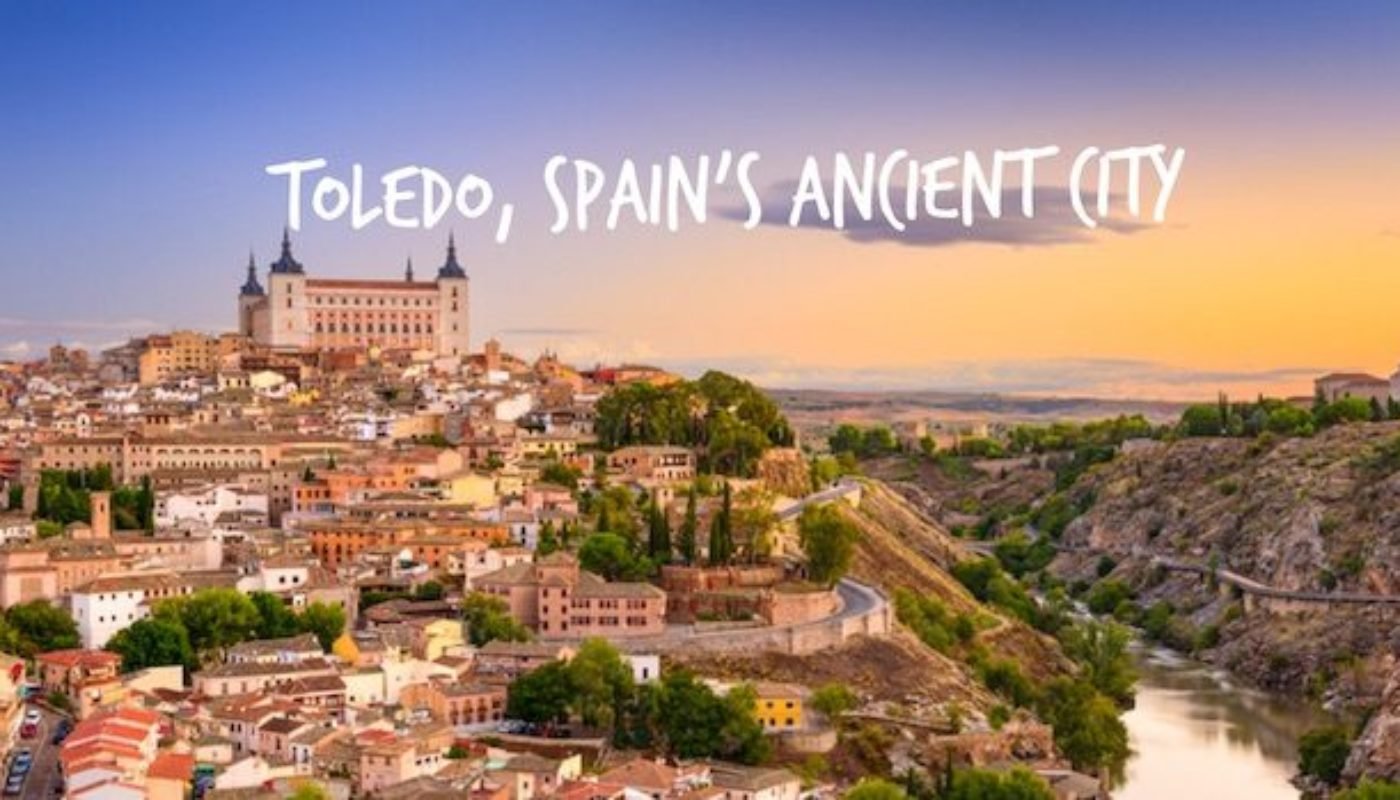 The ancient medieval city of Toledo is one of Spain’s most magnificent treasures. Known as the ‘city of three cultures’ during the Middle Ages, it is said that Christians, Muslims and Jews all peacefully coexisted within the city’s protective walls.

Overlooking the Río Tajo from its dramatic perch, this UNESCO World Heritage Site is located a mere hour outside of Madrid, Spain’s capital and a city very close to my heart (but more on that at a later date).

An ideal day trip destination, I visited Toledo a number of times while living in Madrid. With my love of all things historical calling out to me, I happily strolled through the beautifully preserved narrow laneways, willingly losing myself in this walled fortress.

From the moment I first approached the grand walls of Toledo, I was filled with a sense of excitement. Bringing me closer to the past, each footstep had me walking backwards in time. Using Plaza de Zocodover as a starting point, you can venture off down one of the many streets, each a wonderfully winding labyrinth of culture just waiting to be discovered.

The Plaza is the only part of the old city where there’s a constant stream of traffic. It’s a good place to get your bearings over a cafe con leche before setting off to explore the magnificent churches, palaces, mosques, synagogues and fortresses.

Turning down one narrow street after another, you may find yourself feeling surprised at the breathtaking cathedral that somehow manages to sit perfectly inside a junction of laneways.

With its soaring tower, this 13th century gothic masterpiece rises above the surrounding buildings, cementing its importance in the city’s history. While the building’s exterior may impress, the real treasures lie inside.

With intricate designs and vibrant colours, pass the golden arches in this awe-inspiring cathedral, visit the cloister and take a moment to appreciate the art, painted by renowned artists like Goya, El Greco and Raphael.

The cathedral’s audio guide is quite thorough, taking about 2 hours. It’s definitely worth getting if you want to absorb every intriguing fact about the cathedral’s history, architecture and patrons. The best thing to do after exploring the cathedral is to eat some delicious tapas. This is a great way to keep up with the casual Spanish food culture.

My favourite thing about tapas is that you can get almost any type of food in a bitesize piece, and it will more than likely only cost you a euro (and this may even include a vino too depending where you are). The one downside of this is my tendency to have about five or six tapas in one sitting – I just can’t resist the Spanish food.

Once we were nicely fed we continued our exploring. While wandering around the city, we happily got lost down the narrow winding streets. There’s something so lovely about walking through this old city and finding yourself in a beautiful quiet spot where no tourist has set foot, at least for the past ten minutes anyway. Impossible to miss due to its position atop Toledo’s highest hill, the Alcazar was originally used a palace for widowed queens. The imposing fortress is now home to the city’s impressive army museum, housing military weapons from the 1800’s onwards.

Depending on your level of interest in military history, you may not feel the need to venture inside the Alcazar on your day trip to Toledo. It’s a stunning architectural work and you can admire the imposing structure from a nearby cafe and viewpoint.

Moving on and you’ll find the 15th century Franciscan Monastery of San Juan de Los Reyes within the city’s Jewish quarter. Inside is an oasis of calm, with a peaceful garden boasting rare flowers and ripe orange trees that posed a certain amount of biblical temptation. Above the garden, the pillars lining the cloister’s second floor are adorned with careful detail and the tranquil setting is disturbed only by the occasional chirping from nearby birds. For view hunters, a trip to Mirador Del Valle is a must. If you don’t fancy walking, you can take the cute little red train from Plaza de Zocodover through the Moorish archways and out over the bridge.

Stopping at key photographic moments, this pleasant tram ride is great for those who want to take in the breathtaking views without losing their breath. Experiencing sunset over Toledo is not just recommended, it is demanded. As the magic hour approached, I found myself switching my phone off airplane mode and mapping the fastest path to my desired viewpoint. And boy was it worth the race.

Vibrant pinks and purples danced their way across the sky, while haunting clouds forced their way through the colour. A truly beautiful sight, this was one of the most exceptional sunsets I had witnessed at the time, made all the better by the incredible architecture resting beneath the evening sky.

While there’s an abundance of museums, churches and other incredible architectural and historical works to discover in Toledo, you’ll never see everything in one day.

I was fortunate enough to visit the city more than once and found much of my joy from simply letting the cobbled streets lead me to my next stop. For me, that’s part of the appeal of Toledo.

How To Get To Toledo

From nearby Madrid, you can travel to Toledo by car, bus or train. The train takes 30 minutes and is priced at approximately €20 for a return ticket. The air conditioned bus takes a little longer, coming in at roughly an hour. Passing scenic views along the roadway, a return bus ticket is only €10.