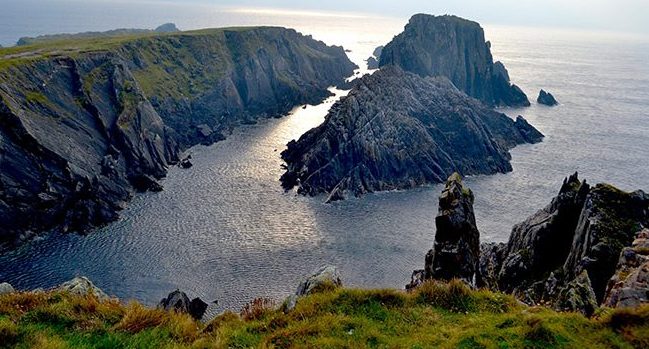 The eyes of the world are again fixed on the breathtaking Wild Atlantic Way, as the trailer for the latest Star Wars installment, The Last Jedi, has been released. The Force Awakens opened the eyes of millions to the sheer beauty of one Irish county, Kerry, proving that it is indeed worthy of the title of The Kingdom.

In both installments Kerry’s Skellig Michael took centre stage, and in this latest film views of the majestic Blasket Island have been captured from a set constructed on the Dingle Peninsula in Ceann Sibéal. The Last Jedi trailer features sweeping views of the now famous isle as well as a new location on the Wild Atlantic Way in Donegal.

Malin Head’s rugged coastline is showcased in the new trailer, which garnered over 15 million views in 24 hours. It is hoped that the exposure of Donegal’s amazing scenery on an international stage will cause a similar surge in tourism to the Donegal Coast as was seen in Kerry after The Force Awakens hit screens. “Star Wars: The Force Awakens broke box office records around the world in late 2015, bringing the magnificent scenery of Skellig Michael and the Wild Atlantic Way to the attention of millions of people everywhere. The fact that Episode VIII: The Last Jedi, due for release this December, was also shot on location along the Wild Atlantic Way is another fantastic coup for Irish tourism – and we’re absolutely delighted that the Wild Atlantic Way features so heavily in the first peek of the next episode, released today. Tourism Ireland will be taking every opportunity to capitalise on the huge publicity around the film, to whet peoples’ appetites to come and visit the Wild Atlantic Way and Ireland.”