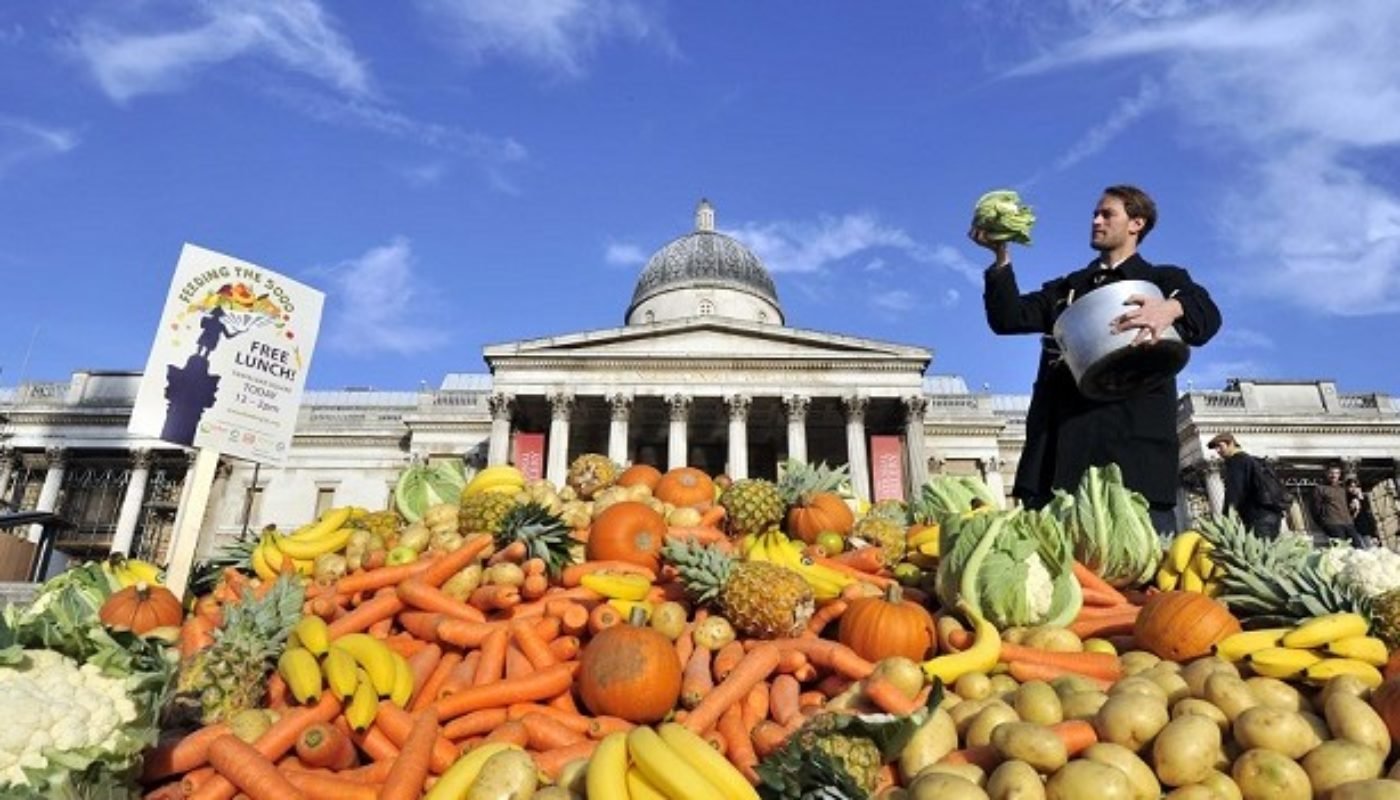 Home » The War on Food Waste

The War on Food Waste

As we pack away the assorted Christmas lights and decorations it is time to reflect on another festive season. If, like my house, you had enough food left over to feed a whole county then I’m sure you were left wondering what to do with it all. Food waste is fast becoming the social issue of our time and it was hitting all the headlines in 2015 thanks to some famous faces and dedicated organisations.

According to stopfoodwaste.ie Ireland is throwing away 1 million tonnes of food waste every year costing households on average €700. Despite the advent of brown bins and composting, most of this is still ending up in landfills which has a massive impact on our environment and resources.

At home, 60% of food waste is completely avoidable by rethinking how we shop, store our food, prepare it, cook it and reuse or recycle it. We often throw out perfectly edible food without thinking. It might be that we cooked too much, put too much on the plate, we didn’t use a whole packet of something or we think the food is gone off or past its sell by date. Half the salad we buy goes in the bin along with 25% of our fruit & veg. Potatoes, bananas and apples are the foods we throw out the most. The figures for restaurants and cafes are surprisingly similar. Another 20% of the waste we create could be avoided if we changed our habits of throwing away crusts, peels and cut offs when they could be used in clever recipes. The last 20% is unavoidable but we can make a concerted effort to recycle that waste through composting and feeding animals.

Retailers also share the blame in the food waste issue. Ridiculously high cosmetic standards mean that farmers and producers can’t sell their entire crop or harvest and that food all goes to waste. Because of their buying power, big supermarket chains can change or cancel orders at the last minute, pushing all the surplus food back on to the producer or farmer who cannot deal with it and has no choice but to throw it away.

There is also a huge amount of food being tossed out at the end of the day because of unrealistic and misleading sell by dates and retail legislation surrounding them. For a long time retailers were sending enough edible produce to landfills that could feed all the hungry people in the world. That is a staggering statistic, but now the tides are changing thanks to these committed organisations. FoodCloud
Since 2012, FoodCloud have been connecting businesses with too much food to charities who have too little. In 2014 they partnered with Tesco to redistribute surplus food from all of their stores in the country. Businesses can upload their daily surplus food to the FoodCloud app or website and appropriate local charities get alerted and can collect the food. To date they have provided nearly 1.5 million meals to charities across Ireland and helped use over 650 tonnes of food that would otherwise have ended up as waste. Obeo
The Obeo food waste box is a super easy and convenient way of dealing with all your smelly food waste. If you are lucky enough to have a home composter or even a brown compost bin, you will already know the smelly and disgusting situation you can land in trying to keep a temporary receptacle in your kitchen. Obeo allows you to gather your food waste across several days in a neat, clean, smell-free and disposable box. Their website also carries some great tips on how you can reduce your surplus food waste. Bia Food Initiative
The problem with providing food for small charities is that they don’t have the facilities or logistics required to collect, store and distribute the food to those who need it. Just like FoodCloud, the BFI organises the surplus food waste from businesses and holds it in a large storage facility. It then organises the distribution on behalf of the charities, leaving them free to get on with their core services.

Slow Food Ireland
Last year Slow Food focused on food waste, raising awareness, fundraising and giving advice to communities. In March they held an evening of talks on the subject in Dublin with a pop up dinner taking place made totally from food that would have been wasted from local businesses.

The French Government
Last May parliament banned supermarket chains from destroying their surplus food, insisting instead that they redistribute it to charities or use it as animal feed. Now the government in France is going one step further and breaking down a cultural obstacle in their war on waste. It was always regarded as terrible etiquette but now larger restaurants and cafes will have to provide doggy bags and boxes to their patrons so they can enjoy their leftovers later. Just Eat It (2014)
American filmmakers Grant and Jen love food and hate waste so they made a film ‘Just Eat It’. Featuring interviews with several influential voices, the film examines consumers’ relationships with food and the affect this has on the planet. The film has won several awards including the Impact Award at the Vancouver International Film Festival and the People’s Choice Award at the Calgary International Film Festival. Grant and Jen want to spread the word about food waste and make people see just how big a problem it is. Feedback
Tristram Stuart features in Just Eat It and he set up his organisation Feedback in 2009 to combat food waste. Tristram had been campaigning on the issue for over ten years and his TED talk has had over 1 million views. The organisation is an umbrella for several campaigns including the renowned Feeding the 5000, Gleaning Network, The Pig Idea, Stop Dumping and the FSE Network. They also provide advice for businesses who want to improve their waste and individuals who want to help. Hugh’s War on Waste
Hugh Fearnley-Whittingstall has launched an attack on British supermarket chains in order to make them take responsibility for the part they play in the food waste problem. His biggest issue is their high cosmetic standards that result in so much produce being deemed unfit for retail. He wants the retailers to relax their standards, stop cancelling orders at the last minute and commit to the beneficial redistribution of their surplus food. Hugh is showing the way and giving household tips on BBC One and you can sign his petition here. Jamie’s Friday Night Feast
Jamie Oliver is constantly fighting against food waste on his popular TV show on Channel 4. Alongside Jimmy Doherty, Jamie focuses each week on some aspect of food waste, from wonky vegetables to making the most of British resources. His weekly celebrity guest usually acquires an education along with the viewers and they help attract attention to the issue of food waste. Jamie’s influence encouraged Asda to start the ‘Beautiful on the Inside’ campaign which sees odd or misshapen vegetables sold alongside regular produce.

Along with Asda, Morrisson’s ran a wonky veg trial which saw poor courgettes sold next to nice shiny ones. It was a bit of a failure and they got blasted by food waste campaigners like Hugh Fearnley-Whittingstall but they have now increased their efforts in the wake of the backlash. They are now the UK’s first supermarket chain to commit ALL of their surplus food to charities.

Long may the effect of this collective war on waste last and remember the three Rs: Reduce, Reuse, Recycle!