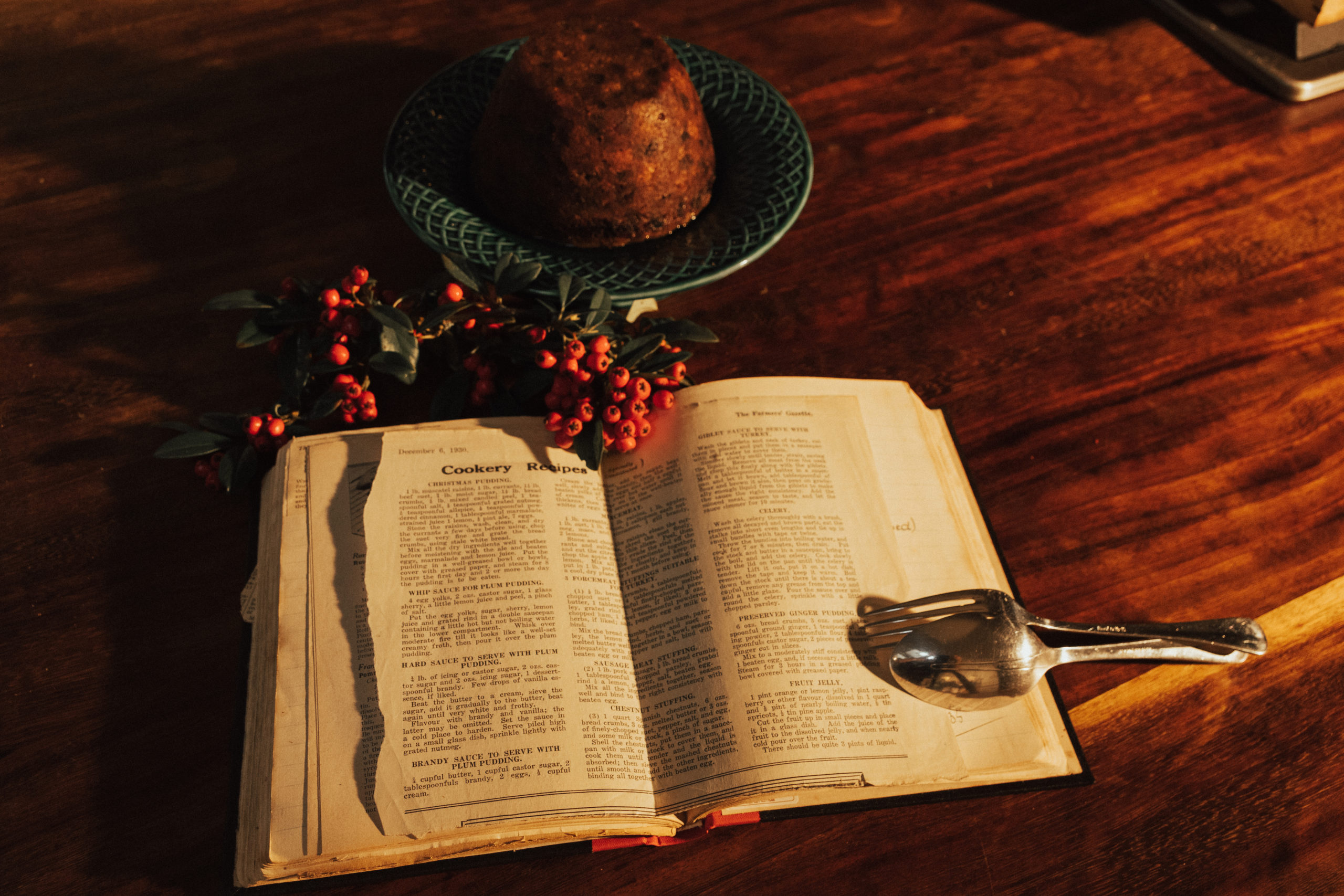 Of all the things that make us nostalgic for home, food, particularly at Christmas, has the power to transport us to a time and place we love or miss. The smell of roast turkey, stuffing or mince pies can switch on all the festive feelings and  ‘To Be Irish At Christmas’ has collated a host of nostalgic Christmas recipes from Irish chefs near and far revealing them on ToBeIrish.ie/feastivitiesover the coming weeks beginning this  ‘Stir Up Sunday’ 21st November with Eunice Power’s family pudding recipe.

In Ireland, we still love the traditional pudding, booze-soaked dried fruits, with almonds and citrus, and warm spices like nutmeg, allspice and cinnamon. All packed tightly together in a pudding bowl, then steamed low and slow before leaving it aside to mature ahead of Christmas day when it is set alight, with a brandy flame and drizzled with brandy butter. Traditionally this last Sunday before advent, known as Stir Up Sunday, is said to be the optimum day for getting puddings, cakes and mincemeat ready for Christmas allowing just the right amount of time for them to mature.

This weekend, dedicated cooks across the county will get to work on their Christmas puddings, cakes and mincemeat. There are many associated traditions, for some it’s a family event taking turns to stir the pudding for good luck and making a wish and it’s a wonderful way to teach children how to bake and to ensure recipes are passed down from generation to generation. According to Eunice , ‘This recipe was given to me by my Auntie Joan. She has been making pudding for 40 years. The recipe has been handed down by her mother before her, and her mother before that.’ See Eunice’s recipe below.

The ‘To Be Irish At Christmas’ initiative celebrates what it means to be Irish and creates meaningful connections with our Irish diaspora around the world. TobeIrish.ie features seasonal traditions, community initiatives, Irish crafts and gift ideas, and more and will run from December 8th – 23rd this year. It aims to reflect the diversity of contemporary Irish culture and is for everyone to enjoy; those born in Ireland, with ancestry in Ireland or those with a grá for Ireland. It was derived from the Government’s new Diaspora Strategy as launched by the Minister of State for the Diaspora, Colm Brophy T.D., in November 2020. Targeting the 70M diaspora around the world, last year’s initiative generated engagement of people from over 50 countries across the world, from Australia to The Netherlands, from Colombia to Singapore. The reopening of international travel brings renewed hope for those who have endured long and painful separations from families and friends, but there are still many who will not be able to travel. ‘To Be Irish’ wants to bring the very best of Ireland to them through this virtual portal.

Traditionally, Christmas puddings are made on the Sunday before Advent, which this year falls on November 21st and is known as Stir-up-Sunday. Making your pudding or cake early means it really does benefit from time to mature. The flavour of the spices mellows and deepens, and the fruits plump up and soften. This recipe was given to me by my Auntie Joan. She has been making pudding for 40 years. The recipe has been handed down by her mother before her, and her mother before that. You will need pudding bowls with lids to make these. This recipe makes 2.25kg (6lbs) of pudding mix. I like to make 2 x 2lb puddings (they will each serve 6 people) and 2 x 1lb puddings (they are enough for 3-4 people) as that suits my Christmas plans and the pudding bowls I have! But you may prefer to make 2 large 3lb puddings. The size of your pudding will determine your cooking time so 1lb puddings need 3 hours in the oven and 2lb puddings needs 5 hours. I have been using Blackrock Irish Stout from Dungarvan Brewing Company for the past few years, with great results but you could use any stout you wish.

Half a nutmeg, grated

Juice and rind of an orange and a lemon

Soak the sultanas, raisins, currants and cherries in the brandy and stout overnight; give them a good stir now and then.

Prepare your pudding bowls, with buttered greaseproof paper, large enough to cover the top of each pudding, with a single pleat down the centre.

When you are ready to make your pudding mix your soaked fruit well and add all the rest of the ingredients. Mix together until well combined.

Divide the mixture between the pudding bowls and pack it in. Cover with the greaseproof paper, folded, with a pleat in the centre, as the puddings will expand slightly as they cook, and then cover in tin foil. Christmas puddings are quite dense because of all the fruit and nuts they contain.

Place the puddings in deep roasting tins. Pour boiling water into the tin – the water should come almost halfway up the pudding bowl and then cover the, wrap the entire tin in tinfoil to make an airtight parcel– and cook the 1lb puddings for 3 hours and the 2lb buddings for 5 hours in the oven at 120ºc.

When the cooking time is up, allow to cool and store in a cool dry place.

When you want to eat the puddings, steam them for a further one hour. Turn them out and flame with brandy.