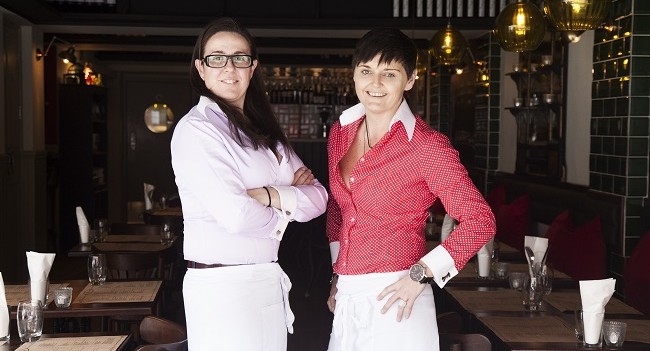 Just where Wexford street meets Camden Street you’ll find a little piece of Spain in the heart of Dublin city. With the title Las Tapas de Lola pieced together in an elegant scroll in a mosaic that spans the facade, and a front covered terrace that is made for lazy summer dining, from the street you might just think you have stumbled across a local gem of tapas bar off Las Ramblas in Barcelona. This urban Spanish style extends into the interior, an inviting and charming dining room with bottle green tiled walls and dark wooden furniture, manned by a cast of servers that chatter in Spanish.

A faithfully authentic Spanish restaurant, I think to myself. But co-owner Vanessa Murphy is quick to burst my bubble. The tapas, the recipes, the ingredients and even the staff, are indeed authentically Spanish, but the format not so much she tells me. “The Spanish actually find it hilarious that we have a tapas restaurant, because that’s just not how it’s done in Spain, it’s all bars; you go from one bar to the next to the next. Sit down tapas wouldn’t be the norm.” Be it in bar or restaurant form, Vanessa and her partner Anna Cabrera, a native of Barcelona with 15 years experience in the food and beverage industry, had dreamed of opening somewhere to share their love of tapas with the people of Dublin. When the recession hit they decided they had nothing to lose, and pooled their resources and expertise in hospitality and business development, and Las Tapas de Lola was born in 2013.

Vanessa, who studied Spanish in college and spent every year since travelling to and from Spain in search of the perfect tapa, says opening a tapas restaurant was an obvious choice for them. “The main reason we opened tapas restaurant is because we love them, we love Spanish food, and there were days when you just wanted certain tapas but you just couldn’t find them in Dublin.” “The only way to get them was to open our own restaurant,” says Anna, “serving the food that we really wanted. The menu is all our favourites.” “And the Irish love to travel to Spain, they love Spanish food. It was a no-brainer,” adds Vanessa. 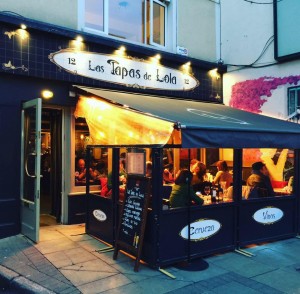 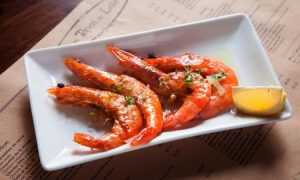 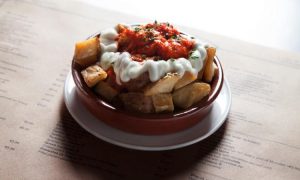 Before they opened the pair wrote down every single tapas that they loved, after that, for over three years in the run up to opening in 2013, mostly due to waiting for planning permission, every spare moment they had they visited Spain to try and find best version of their favourite tapas. “Each of the 54 dishes on the menu has a story behind it,” explains Anna.

With the look, taste and smells of each dish memorised Anna and Vanessa entrusted their chefs with recipes and photos, setting them the challenge to recreate them. Their talented team of Spanish chefs did just that, and Vanessa says they have achieved their goal of emulating the simple neighbourhood tapas bars of Spain. “We’re not about foams and this and that, we’re a neighbourhood tapas bar, we don’t want to be anything else.” “When we went to our two favourite tapas bars in Anna’s hometown, where you meet half the family, all the aunts, all the uncles, the cousins and the neighbours, that’s the food we missed and that’s the food we wanted to recreate.”

Thankfully, their idea of a perfect meal is just as well enjoyed by their customers. “The Irish are very adventurous when it comes to food,” asserts Vanessa. “Two of our best-selling dishes are our octopus dishes. We do a black rice made with squid ink that looks a bit strange, every table orders it! I have the opposite view of some people, I think the Irish are very adventurous and have really good palates.” 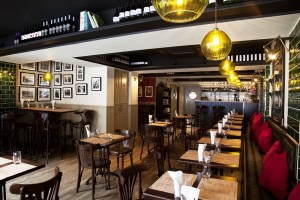 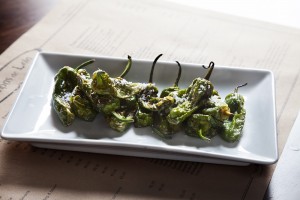 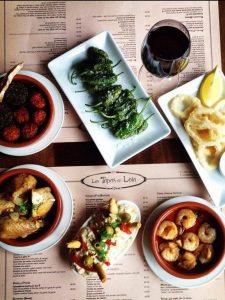 For authenticity, and flavour, and difficulty sourcing certain items, every Spanish ingredient is imported from Spain. “So the chorizo, the morcilla, which is Spanish black pudding, or the pimiento de padon, anything like that. Then anything else that’s fresh produce we buy locally,” explains Vanessa. “We try to get the best of Ireland and mix it with the best of Spain,” Anna says.

Along with the staple ingredients, their wine, beer and some spirits are strictly Spanish. “Tapas and alcohol are synonymous,” says Vanessa, “and our sangria is made to a family recipe so it’s delicious!”

Since they opened the street-scape of Camden street has evolved into one of Dublin City’s most pulsating arteries of new restaurants and bars. Las Tapas de Lola has established itself as a pulse point, and Anna and Vanessa take a “the more the merrier” attitude to what others might see as their competitors.

“We did a business plan before we opened, and while most business plans look at the competition we said no, the more fantastic places open the more of a destination is created. When somewhere new opens we hope it will be great because it creates a hub, and it creates more ambiance and atmosphere. Also, we are locals, so if I have some time off we have somewhere good to go and eat!”

Keen to maintain the neighbourhood love in, they are wise not to name their favourite. “We spread ourselves around, we love everywhere,” says Vanessa. “We live about five minutes from here and it usually takes us about 15 minutes to walk in because we will be stopping and chatting to the neighbours, it’s great! It’s like a little village around here.” The couple admit that they work 7 days a week. “At the moment we close the restaurant to take a day off together!” Vanessa laughs. Those closures are strictly limited to Bank Holidays Mondays and Tuesdays, and the first two weeks of January which they set aside for their annual holiday.

On the suggestion that their lifestyle is in any way a hardship though, the pair simultaneously exclaim that they love it. “My favourite part of the days is service,” Anna gushes.

Entertaining their friends and families is what they have always loved to do, and over the past three years they have created a new family of customers that has grown with the restaurant. “They have all become really great friends,” says Vanessa. “We know so much about them. They come in and celebrate birthdays, anniversaries, even divorce some of them! There are people who come in once a week.”

Approval from their clientele means everything, but, as Las Tapas de Lola was Anna and Vanessa’s vision, just as important is that the restaurant continues to evokes the flavours, smells and memories of that favourite little tapas bar in Anna’s hometown. “We used to cook at home, a lot, but here is our kitchen now,” Vanessa says. “It’s a positive thing for us, that three years later we eat here nearly every night and we still absolutely love it.”