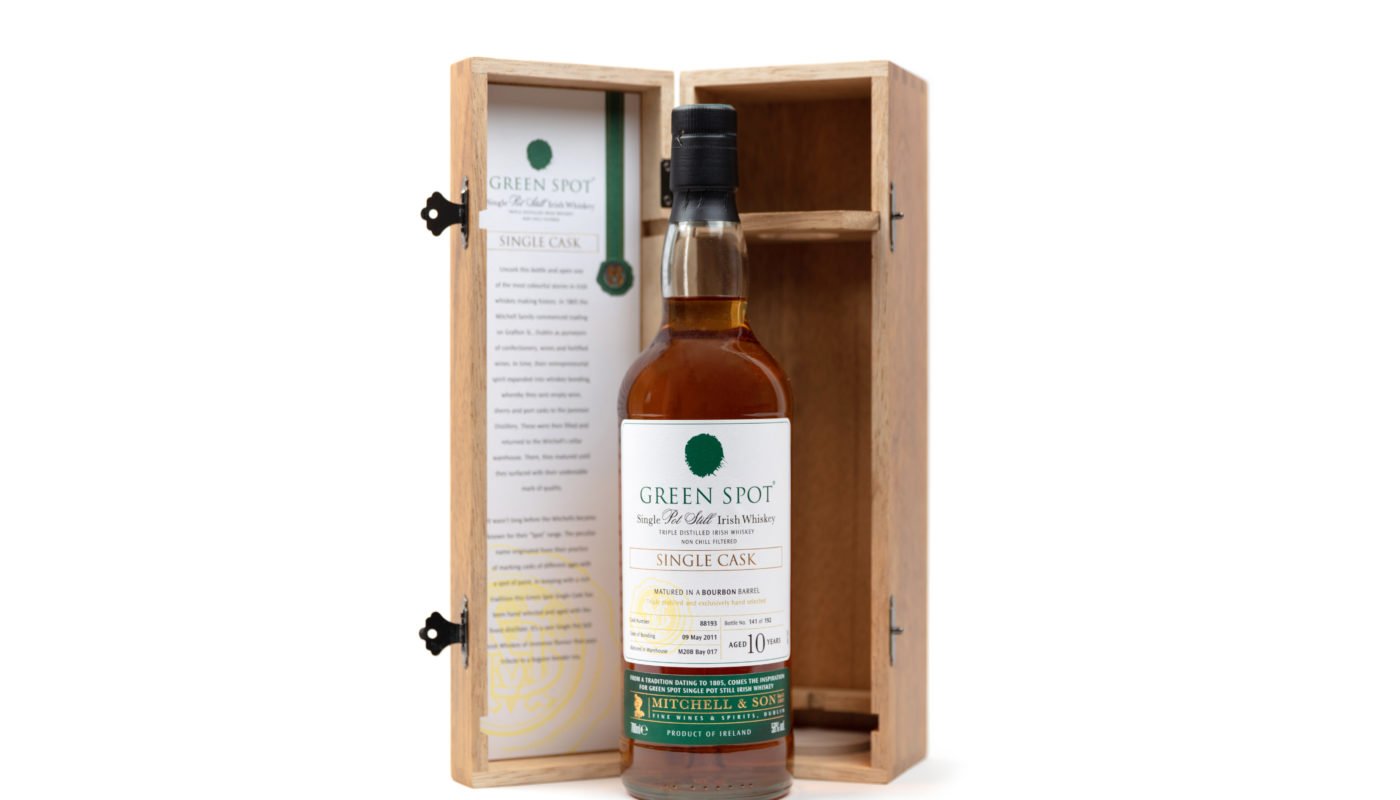 After launching in May of 2021, The Single Malt Shop has quickly earned a solid reputation for being a global leader as an online whiskey store. Based out of Dublin, they have grown their distribution to dozens of countries worldwide.

A crucial element behind the shop’s success has been their strong investment into exclusive single casks. Continuing this tradition sees them bring out their final Irish single cask of the year from the legendary bonders Mitchell & Son, Green Spot 10 Year Old. This single pot still release is limited to just 192 bottles and its ABV is at the cask strength of 58% ABV. It was filled in May of 2011 in an ex Bourbon barrel where it remained for a decade. What marks this wonderful bottling as particularly special, is that it will be the last third party single cask release that Mitchell & Son and their partners IDL will be doing.

Jonathan Mitchell, Managing Director of Mitchell & Son said, “It was a great honour for us in Mitchells that the Single Malt Shop is launching a single cask of Green Spot 10 year old whiskey.  Our original Mitchell’s Green Spot was in fact also a 10 year old whiskey so it’s very exciting to see it back again so many decades later. I wish The Single Malt Shop every success with the launch of this excellent, single pot still release.”

AGE: 10 years
BARREL: Ex-Bourbon
ABV: 58%
BOTTLES AVAILABLE: 192
PRICE: €340 for Ireland including shipping. International prices will vary according to local taxes and duties in destination countries. Click here to order.
AVAILABILITY: For a full list of countries The Single Malt Shop delivers to click here.
CASK NO: 88193, filled in May 2011

TASTE: Initial burst of pot still spices with delicate jasmine tea tannins and clove. Fruit notes of sweet pear and orange work in tandem with the vanilla and dried herbs, while the oak continues to evolve, adding woodland spices of cinnamon and nutmeg, accentuating the overall spice intensity.

FINISH: Lingering finish in which the oaks and fruits interweave amongst the fading spices, creating a harmonious finale.

About the Single Malt Shop

Established in 1805 and still in operation with 6th & 7th generation Mitchell father and son, the Spot Whiskey family of Pot Still Irish Whiskey finds their roots in Mitchell & Son, one of Ireland’s last remaining Wine Merchants and Whiskey Bonders. The Spot Whiskeys date back to 1805 when Jameson’s distillery would sell their spirit to bonders who matured them in wine and fortified wine casks. Mitchell & Son were importing full casks of sherry, port and wine as one of Ireland’s leading wine importers. It was then that Mitchell & Son developed a reputation for creating the “Spot Whiskey” family of whiskey. Originally The Mitchells matured whiskey in casks under the streets of Dublin in underground cellars. The fortified wine casks were filled with Jameson spirit from the old Bow St. Distillery and they were marked with a daub or ‘spot’ of paint which identified how long the barrels would be matured for… Green for 10 years — hence the name Spot Whiskey.