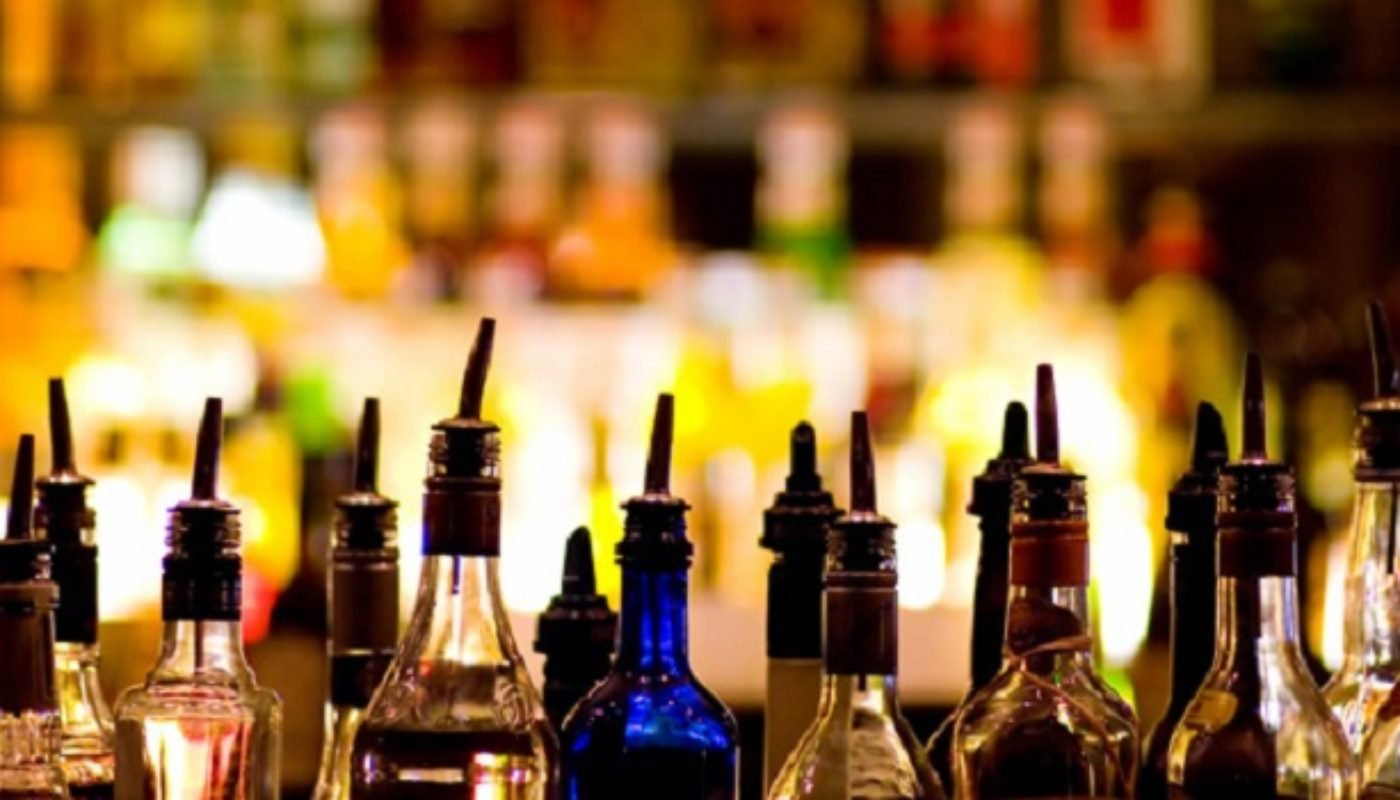 Home » The Secret History of Booze

The Secret History of Booze

We all have our favourite tipples and most people would be fairly confident in their knowledge about their own. We have already featured the histories of some of my favourite drinks, Amaretto and Tequila, but there are so many little known facts about some of the more popular drinks and spirits. Here is the secret history of some of our favourites, cheers! Beer is widely considered the oldest alcoholic beverage with records reaching as far back as Ancient Iran and Ancient Egypt. It was actually used to pay the slaves and stonecutters who created the pyramids but back then it was called ‘kash’. This is where the word cash comes from. Early brewing of beer was done predominantly by women and they were very well respected in Mesopotamian culture. The Sumerians were the ones who invented the straw around 2,000 BC so they could avoid the sediments left over from the brewing process when they were drinking their beer.

Beer was the subject of the oldest food quality regulation that is still being used today. The Duke of Bavaria established a purity law in 1516 which stated the only ingredients in beer are water, hops and barley malt. Another beer related rule has become a common turn of phrase. Before the advent of thermometers, brewers would dip their thumbs into the mix to find the perfect point to add the yeast. This is where ‘rule of thumb’ comes from. Some phrases that are specific to alcohol came out of the wine culture of Ancient times. In Greece, the dinner host would be the first to taste the wine to ensure it wasn’t poisoned so he was ‘drinking to your health’. To counter any horrible flavours or excessive acidity, the Romans would drop a piece of toasted bread into their cups, thereby inventing the ‘toast’. They also believed in adding seasoning to their wine and would regularly add fermented fish sauce, garlic and lead to their drinks. The Romans decreed that women were not allowed to drink wine and any man who discovered his wife doing so was entitled to kill her.

In Egypt, storing wine was considered to be so complicated that it constituted alchemy and was the privilege of the pharaohs. When Tutankhamen’s tomb was opened in 1922, wine jars were discovered with such detailed labels they would pass modern labeling laws. Details included the year, the name of the winemaker and comments on the quality of the contents. The monastic orders of the Middle Ages had quite an influence on modern wine making, they were the first to determine differences in terroir by tasting the soil where vines were growing. One of the most popular legends about the discovery of wine is how a young woman in a Persian king’s harem tried to take her life by ingesting fermented grapes. When she was found to be rejuvenated and lively, the health benefits of wine were discovered. Red wine, more than white wine, contains antioxidants and resveratrol which help to look after your heart and blood stream. Hippocrates, widely considered the father of medicine, included wine in almost all of his recorded remedies. It was used to sooth fevers, as a diuretic, as an antiseptic and to help convalescence. Plato also supported men over 40 drinking as much wine as they wanted to aid the ‘crabbedness of old age’.

Of course many of our modern alcohols and spirits were born from medicine. Since the Middle Ages, vodka was used as a medicinal compound or herbal tincture and only became a popular drink in the 12th century. It was still promoted for its benefits though as 16th century records insist it increases fertility and improves libido.

In the 17th century, gin was being created by Dutch and Flemish distillers to aid kidney ailments, lumbago, stomach issues, gallstones and gout. The English only discovered gin when they came across Dutch soldiers drinking Genever to calm their nerves before heading into battle during the Thiry Years’ War. The term ‘Dutch Courage’ was born and the English took gin home and into their hearts.

18th century England was plagued by cholera, dysentery and typhoid. The regular consumption of alcohol was saving lives and men, women and children were already starting the day with a beer for breakfast. When taxes were lowered on distillation, the industry really took off and the second medical patent was issued in 1712 for Stoughton’s Elixir, a medicinal bitters. Heavy duty on imported spirits and easy access to distillation encouraged unlicensed production. By the middle of the century, London was immersed in the ‘Gin Craze‘ epidemic where the abundance of gin and poor quality grains were causing rampant alcoholism and death. Gin was also used in positive ways as the Royal Navy mixed gin with lime cordial to stop scurvy, and angostura settled the stomach at sea. It was the treatment of malaria in British colonies that gave rise to the Gin & Tonic. Quinine was the only effective anti-malaria compound at the time and it was dissolved in carbonated water. This created tonic water and the gin was added to mask the bitter flavour. It probably wouldn’t cure you now however as modern tonic water only contains a small amount of Quinine for flavour.

Another drink consistently associated with the Navy is rum. When Britain captured Jamaica, the abundance of the spirit made them change their daily ration of booze from brandy to rum. The sailors would check if the spirit had been watered down by soaking gun powder in it. If that sample would not light, the rum was too weak. If it caught fire, that was ‘proof’ of its alcohol content, this is where the modern term for a liquor’s alcohol content originates. The Royal Navy continued this practice right up until 1970. In fact, all Naval vessels entering the Port of London are still required to gift a barrel of rum or wine to the Constable of the Tower of London upon entry. The Royal Canadian Navy continues to give out a rum ration on special occasions. The last time was to celebrate their 100th anniversary in 2010 and the Queen herself was present to give the order to ‘splice the mainbrace’.

While rum is also strongly associated with pirates thanks to trade routes and works like ‘Treasure Island’, you might be surprised to hear it is also linked to hairdressing. Stylists in the 19th century would advise customers to wash and soak their hair in rum as they believed it led to beautiful, healthy hair.

The drink that is most synonymous with vanity however has to be champagne. Marilyn Monroe famously bathed in 350 bottles of fizz while 19th century socialites used it to polish their boots! Winston Churchill would have been outraged, he was such a fan of champagne he enjoyed a special pint bottle of Pol Roger Champagne each day at 11am. Another famous name associated with the drink is Marie Antoinette. Legend holds that the coupe glass was modelled on her breast, although it has been proven that bubbles stay for longer in flutes. Impress your friends by dropping a raisin into a flute of champagne and watch it continually rise to the top and fall to the bottom. There are nearly 50 million bubbles in a 750ml bottle of champagne but originally it contained none at all. Up through the 19th century, champagne was known largely as a pink, still wine.

Some claim champagne was created by accident as a cold winter interrupted the fermentation process so when spring arrived, a second fermentation occurred. Benedictine monk Dom Perignon was popularly credited with the creation of champagne but he actually founded many principles and processes that are still used today. Upon sampling champagne he supposedly declared, “I am drinking stars”. Monks have been credited, rightly or wrongly, with the creation of several alcohols including whiskey. The art of distillation began in Italy in the 13th century and it soon spread through monasteries as it was used for medicinal purposes in treating disease. In the 15th century the practice spread to Ireland and Scotland with the first mention of whiskey recorded in the Annals of Clonmacnoise from 1405 where a chieftain died from “taking a surfeit of aqua vitae” at Christmas.

Nowadays people use whiskey as the chieftain did but there are still recorded benefits to it including benefits to the metabolism. It can also help prevent stroke, dementia, heart attack, clotted arteries, increase good cholesterol and fight against cancer cells. A hot one is always good for a cold too but surprisingly, whiskey can withstand incredibly cold temperatures. Some explorers to the South pole found their whiskey remained liquid even down to temperatures of -30 C. Due to its medicinal qualities, whiskey was not included in America’s prohibition ban on alcohol sales if it was prescribed by a doctor and sold in a pharmacy. As a result, the Walgreens chain grew throughout prohibition from 20 to almost 400 stores in 1930.

It was another legal loophole that gave way to the creation of brandy. Volume imposed tax led to the distillation of wine so merchants could reduce it before transporting it and customers could rectify it afterwards by adding water. Accidental aging in wooden casks created an improved product and brandy was born. It was also useful in science, but not in a medicinal way like its spirit brothers. Before the advent of mercury, some of the earliest thermometers in the 17th century used brandy. As scientists embraced distilled wine, so artists embraced a distillate of another kind. Absinthe is made from wormwood and was a popular choice for bohemian intellectuals in 19th century Europe. Despite its reputation for causing hallucinations of little green fairies, there is no real evidence of psychedelic substances. A naturally occurring substance called thujone is present but you would die of alcohol poisoning long before you felt any effects from it. Absinthe is 124 proof which is much more likely to be the cause of any visions that occur.

Another popular misconception is that Absinthe is green. It comes out of the still clear and the colour only comes from a second process of dipping herbs in the spirit, releasing chlorophyll in to it. With wormwood containing healing elements and absinthe being such a strong spirit, it was a good choice for medicinal purposes by the legendary Dr. Ordinaire, who sold it to villagers. It was also popular among French soldiers in Algiers in the early 19th century before becoming a popular drink. Of course it’s an apple a day that keeps the doctor away so it is no surprise that cider has been used as a health boost for generations. Captain Cook apparently carried cider on his ships to treat his crew for scurvy and since the 17th century it has been advertised as a prevention and a cure for several digestive issues including gout. It was also said to cleanse the system and wash out the calcium deposits that lead to kidney stones. It wasn’t the cleansing property of cider but the dirt of the water that led children to be baptised in it instead of water in the 14th century!