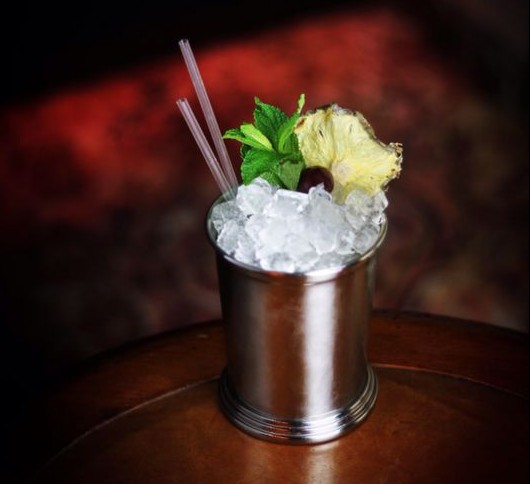 A twist on a classic Mai-Tai accentuating the rum cask finish of Teeling Small Batch. A refreshing and uplifting drink perfect for summertime.

Teeling Small Batch is an Irish whiskey finished in a Rum cask. This drink was created as a ‘tip of the hat’ to the thousands of our Irish ancestors who forcibly worked the fields in the sugar plantations of the Caribbean and without who’s cheap labour and backbreaking work the popularity of rum may never have spread throughout the world.

Redleg’s is a name given to Irish and Scottish natives that worked in the sugar plantations in the Caribbean in the 17tt and 18th centuries, a name derived from the effects of the tropical sun on their fair-skinned legs. The Red-leg and their ancestors were forcibly transported by Oliver Cromwell consequent to his subjugation of Ireland. Many were described as “white slaves” and while on paper the redleg slaves were indentured servants, in reality the majority were closer to slaves due to the fact that slave owners bought and sold indenture contracts repeatedly (therefore most never achieved freedom), kept future generations enslaved through bond labour, and they were treated like livestock, bought and sold to whomever, beaten, tortured, and killed if captured as a runaway, and were often worked to death due to not being used to the tropical sun like the enslaved Africans. The Irish slaves had no control over the number of years they served, and most served for life.

Pour all ingredients into a cocktail shaker and shake vigourously for 10-15 seconds. Strain into a rocks glass/Julep cup filled with crushed ice. Garnish with a pineapple slice, mint sprig and cherry.