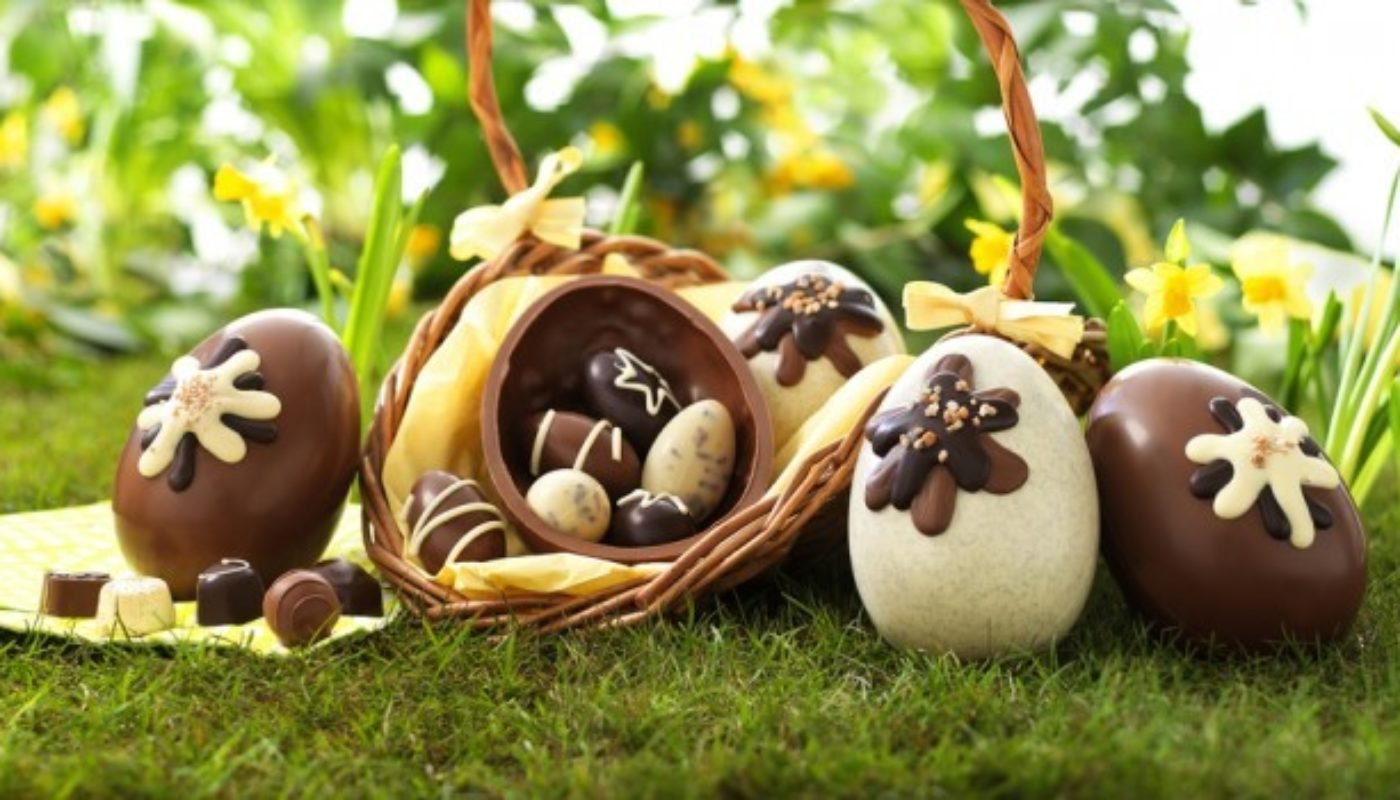 Home » The Origins of Easter Eggs

The Origins of Easter Eggs

The Easter Egg business in Ireland is worth nearly €40 Million a year with almost 20 Million eggs sold nationwide. Cadbury and Mars are responsible for the majority of those figures but with the rise of the artisan and craft movement, those big companies are steadily losing market share to smaller, independent chocolatiers.

Did you ever stop and think why? Why do we run out every Holy Thursday to the supermarkets to buy up all the eggs they have left and pray we don’t end up with the duds? Why do parents have to drive themselves mad searching for the new Dora the Explorer/Peppa Pig confection?

We understand that certain foods are seasonal or have religious associations but where did Easter Eggs come from? There might well have been lamb on the menu for the Last Supper but I don’t think Jesus emerged from the tomb on Easter Sunday with arms full of oval chocolate treats.

Eggs have long been associated with fertility and rebirth so it is no surprise that the Christian church took them as symbols for the resurrection of Jesus just as they adopted many pagan symbols. The Lenten fast traditionally banned the consumption of eggs along with other animal products, some Orthodox Christians still uphold the ban. This is why many Easter foods make use of them and it also explains why chocolate eggs are kept until Easter Sunday; it follows the tradition of indulgence after the period of self denial. The concept of painting and decorating the eggs actually goes back to before the birth of Christianity. Decorated Ostrich eggs have been discovered in Africa that date back 60,000 years and were given as gifts by the Egyptians. Nowadays eggs are often painted red, to symbolise the blood of Christ.

The first Easter Eggs were also decorated but were not made of chocolate. They were hollow toys that contained a smaller toy, sweets or chocolates. The toys were very popular all across Europe in the 17th century and by the 18th century people could put their own little gifts inside eggs made of pasteboard or papier-maché. By the turn of the 19th century, decoration had become significantly richer as cardboard moulds were wrapped in silk, velvet and lace.

The best example of these is undoubtedly the Fabergé Eggs. The original eggs were created by Peter Carl Fabergé and his company between 1885 and 1917. The ‘Imperial’ eggs are the most famous and were made for the Russian Tsars Alexander III and Nicholas II as Easter gifts for their wives and mothers. These jewelled eggs were crafted from precious materials such as gold and decorated with expensive gems and stones.

The first edible Easter eggs were made by French and German chocolatiers in the 19th century and were solid chunks of chocolate. The earliest hollow eggs were quite laborious to make as the chocolate was hand painted on to a mould layer by layer to build up the egg.

The first chocolate Easter egg made in the UK was created by J.S. Fry in Bristol in 1873. Cadbury’s soon followed suit in 1875 but the eggs of that time were nothing like the ones we enjoy today. Dark, bitter chocolate would have been used in the early eggs which were decorated with marzipan and piping chocolate designs on to the plain shells. They would have been quite expensive as they were filled with choice sweets and confectionary.

Cadbury extended its Easter egg range thanks to the artistic skill of Richard Cadbury so by 1893 there were 19 different styles. Their ‘crocodile’ finish originated in Germany and was useful in hiding imperfections by breaking up the smooth surface. This design can still be seen on some eggs today.

Probably the biggest development in the history of the Easter egg came in 1905 when Cadbury launched their Dairy Milk Chocolate to compete with the popular Swiss milk chocolate. The new type of chocolate proved incredibly popular and produced a massive increase in Easter egg sales. Milk chocolate makes up the majority of the current market.

They remained quite expensive though and only the wealthy could afford to give them as gifts, let alone to children. Due to rationing, chocolate production halted during the World Wars so it wasn’t until later that Easter eggs were widely accessible. Improvements in technology during war time rendered the process much cheaper and it was during the late 1950s that Easter eggs began to be targeted to children. The most widely consumed Easter egg has to be the Cadbury’s Crème Egg. Just like the regular Easter egg, it was invented by Fry’s in 1963 and was rebranded as Cadbury’s when they took over the company in 1971. Available from January through April, annual sales are estimated at over 200 million but this figure will definitely be impacted in 2016 thanks to last year’s altered recipe scandal and Easter falling much earlier than usual.