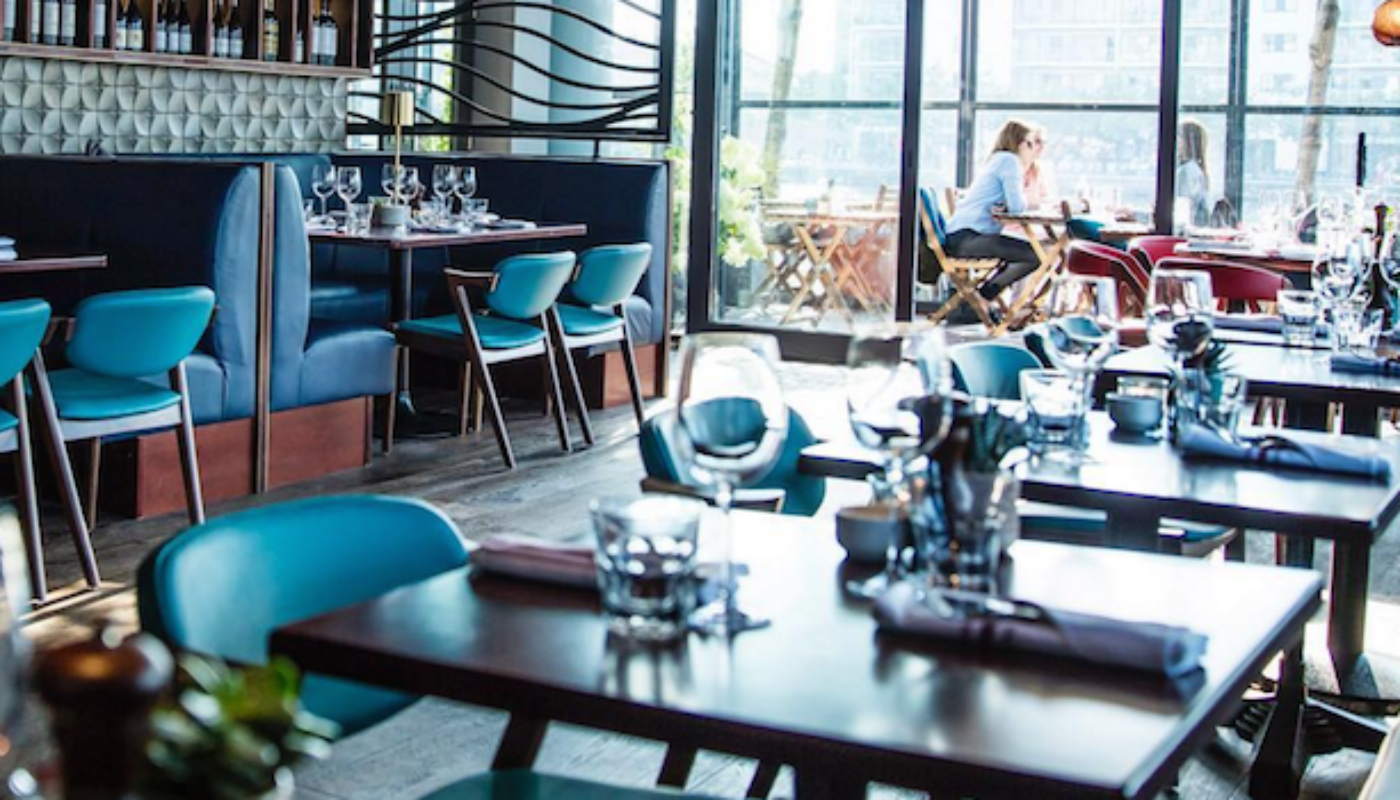 The “Hipster” is dead and we could not be happier, maybe it’s a generational thing but we never really got the whole hipster trend. America Apparel clad hoodie wearing, impressively bearded, skinny jean loving waiters with an air of self-assumed coolness, was never something that made us want to rush back to a new bar or restaurant. South William St just off Dublin’s creative quarter is a fine example of hipster heaven and the popular spot that is Coppinger Row is right in the heart of it.

Deemed as a huge success for the uber cool Bereen brothers, Marc and Conor, and easily one of the city’s favourite brunch spots we were surprised to learn that they had decided to take a gamble on one of the least hipster areas of the city, just off Grand Canal dock. Here you will not find the creative hipsters lounging the afternoon away, in fact you are more likely to be greeted by a suit dashing from his or her high life of finance from one meeting to the next. That said there is a high level of disposable income that can be tapped into and it would appear with the Bereen’s latest creation, Charlotte Quay, they have set there sights firmly on a more grown up audience.

First impressions of the restaurant set in a stunning location overlooking Grand Canal Dock, a meres stone throw from the Bord Gais energy theatre, are why the hell did they build this gorgeous landmark Millennium Tower building and surround it with cobble stones! One of us was wearing heels, not an easy navigation sober let alone after a one or two cocktails from their impressive list. That said, once inside what previously housed Mourne Seafood has now been transformed into a slick, sexy and sophisticated venue.

The layout is open with floor to ceiling glass, statement leather chairs, an impressive looking pewter bar and lots of dark oak with well spaced seating which we liked. We popped in on what is a notoriously difficult day for eateries in these parts as the Irish Village Market sets up stall on The Grand Canal every Thursday so many flock for their lunchtime feast and often most spots are like a ghost town. We arrived and the venue was holding its own with many punters braving the gales and dining al fresco in there comfortable outdoor terrace.

We were greeted warmly on arriving and seated quickly, such a simple thing but a nice smile when you walk into a place a can really set the tone. We were seated directly across from their open kitchen and had a great view of all the plating up. Head Chef Killian Durkan has created a short but interesting menu based on Mediterranean influences with hints of Eastern cuisine sprinkled throughout. Two courses at on offer for €22 or for a more leisurely lunch, three for €26. The wine list is one of the more exciting we have seen in recent openings with some fantastic wineries listed and many under €40. Dishes were served quickly but not worryingly so, obviously they have taken into account the 1-2pm timeframe will be a big consideration for their diners. We began with a cracking dish of Spiced Beef Cheek, which had a sublime texture and fell apart with slightest tickle from the fork, dressed with some punchy lime zest, crisped sage and some simple sweet potato it is easily the finest beef cheek dish we have tasted in 2016. The starter on the other side of the table a rustic Roast Beet Salad, was on appearance less adventurous but again just like the beef had some hidden surprises, most notably the delicious addition of a very popular Baltic ingredient of Kvass ( a fermented drink made from rye bread to you and me) often flavoured with a fruit or a spice. We have only ever sampled this before as one of our best friends is married to a Ukrainian, who also happens to be an exceptional cook. This transformed a classic beets and goats curd recipe to something unique and refreshing. Durkan is very on trend with his Eastern influence as many believe classic Baltic and Russian recipes will be flooding the best menus in the world much like the Nordics have. Mains had a tough act to follow, we love saffron and the rich yellowy hue it imparts on a dish, the crisped Pan Fried Hake that we ordered sat proudly in a fragrant ocean of saffron and onion and was propped up by a pillow of tomato fondue and sliced carrot that was an exceptional well executed plate of food. Our second main was one of the best selling specials, Hanger Steak, cooked medium to rare and served simply with a helping of peppery rocket and crunchy parmesan fries, a flavoursome cut cooked well, it is easy to see why this was so popular on the day. Desserts were a tale of two sides, unlike our main special, the dessert special of Carrot Cake with Chantilly cream was slightly underwhelming which is such pity as every other dish exceeded expectation. Thankfully across the table a more pleasant plate of Cherry Parfait arrived with a beautiful combination of cherry infused frozen yogurt and the parfait which hid a tasty smearing of dark chocolate and crushed pistachio,combine this with the most glorious little more Morello cherries seeped in a fabulously boozy liqueur and you have a damn fine dessert.

Charlotte Quay has all the makings of a fantastic new addition to the city, we loved the space, were beyond impressed by the food and creative wine list and enjoyed every minute we spent there, now if only they could do something about those damn cobbles.

Lunch for two including two glasses of wine and of a bottle of sparkling water came to €80.75