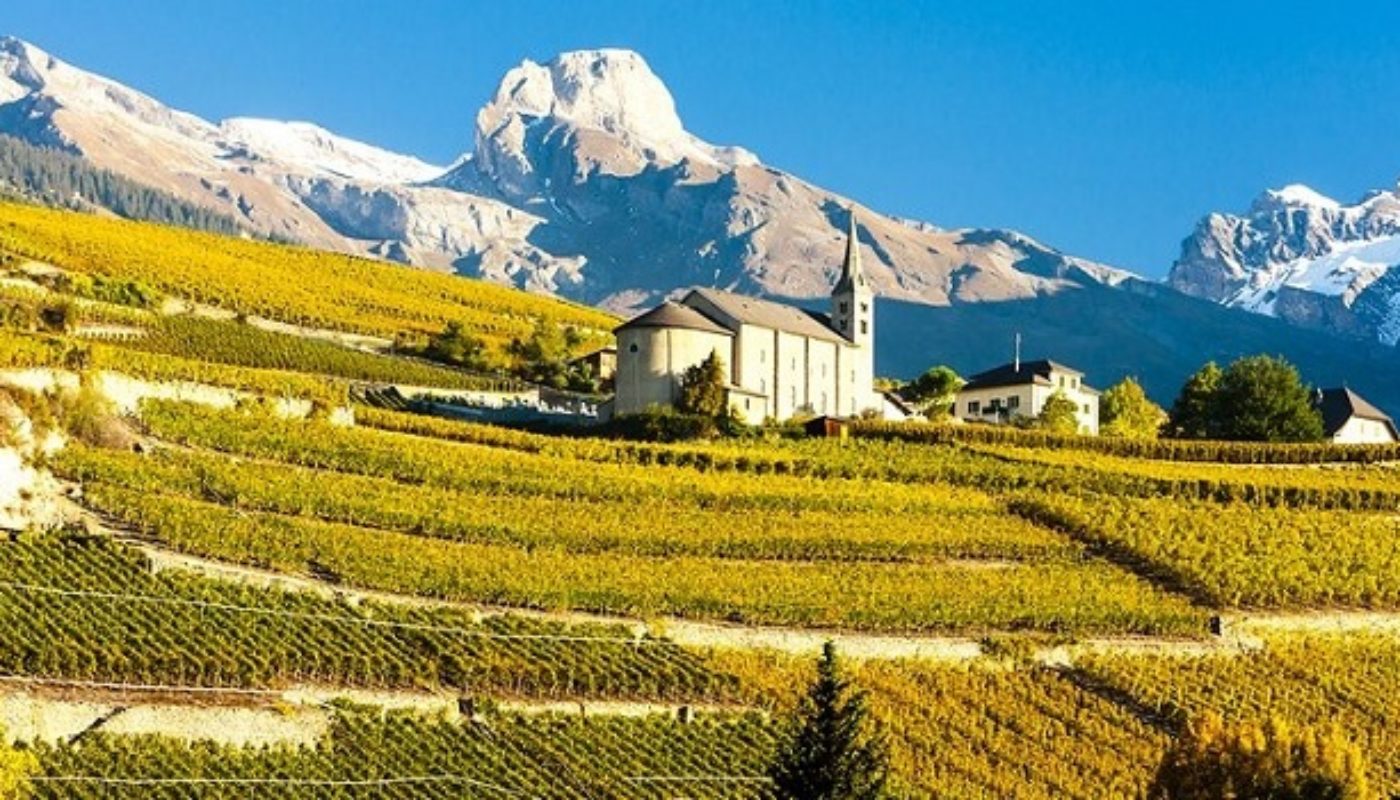 As I began to write this piece on wines from the Alps it struck me that, rather neatly, the topography of the region was as good an analogy as any for the wines it produces.

The Alps are difficult to get to. They’re not easily accessible, a little inconvenient you might say, and a visit there is not everyone’s cup of tea. It’s not cheap either. But for many, the effort is so worth it. Once you taste the Alpine air you can never go back; once you experience the headiness of the snow-capped vistas then many other landscapes pale in comparison.

Likewise, wines from the Alps – be they French, Swiss, Italian or otherwise – share similar characteristics. They’re hard to find, made from varieties you’ve likely never heard of, and often taste like nothing you’ve had before. Whether that’s a good thing or not is – of course – down to personal preference. But to those with a keen curiosity and open mind, they’re a revelation.

I was lucky to be allowed to dip my toe into the world of Alpine wine thanks to a small informal tasting in Ely Wine bar recently, hosted by two fantastic wine importers, Nomad and Tyrrels, who plied their Alpine wares from France and Switzerland respectively.

You may not have come across Swiss wines here in Ireland before, and likely for good reason. Wines imported into Switzerland were subject to stringent tariffs until the 1990s and finally abolished in 2006; that means that until 10 years ago it was easier and cheaper for the Swiss to buy their own wine rather than Chilean or Australian imports, leaving little left over for the rest of us to enjoy. There simply wasn’t really a need to export. Other factors conspire against Swiss wine. For one the ownership structure is highly fragmented: the Valais region for example, from where our wines below are sourced, counts 5,137 hectares of vines owned by 22,000 people in 80,000 parcels or plots. That sort of set-up requires a lot of time and effort to pull together commercially-viable quantities of wine, let alone enough to make exporting worthwhile.

Then there’s the geography: the slopes are so steep in places that elaborate monorail systems are needed to transport equipment and grapes. Sometimes they need helicopters. The gradient means that grape picking usually needs to be by hand. And to top it all off the Swiss authorities limit how many grapes each vine can yield. Cheap and easy it ‘aint.

But, like all good things in life, the effort is always worth it. Swiss wines – or at least the ones I tasted that day in Ely – can be electric, exciting and intriguing, not to mention cerebrally stimulating given their history, provenance and hyper-locality. Comparatively, Alpine France – in particular the Savoie region – has an easier time of it than Switzerland. Yes, their vineyards can be similarly steep and awkward to access, but the gentler run-in from the French side is somewhat easier to manage than the almost persistently elevated nature of the Swiss wine regions.

But oddly, wines were rarely exported from Savoie until recently, a situation similar to Switzerland, but for a very different reason: the dramatic countryside is such a popular, year-round attraction that the constant flow of tourists usually drink the stocks dry.

Savoie has an admirable roll call of local grape varieties rarely found elsewhere, which many attribute to the fact the region only actually became part of France in 1860. For whites they’ve the likes of Jacquère, Altesse, Malvoisie and Mondeuse Blanche; while for reds they’ve Persan and Mondeuse Noire. Nope, I hadn’t heard of any of them before either.

Given the slightly off-piste location and abundance of local varieties, Savoie is riddled with small, passionate, boutique wine producers with many practicing organic or biodynamic principals and old-school winemaking. Many may call them ‘artisan’ or even ‘hipster’ winemakers – in truth they’re just passionate and returning to a more honest and lo-fi way of making wine. Either way, the results are rarely uninteresting.

THE EU CONVENTION AT ELY

That day in Ely, Irishman Simon Tyrrell held court behind four wines – two white and two red – from Domaine René Favre et Fils of Chamoson in the Valais region of Switzerland, nestled between the borders of France and Italy, run by brothers John & Mike Favre.

To his right was Frenchman Charles Derain of Nomad Wine Importers and in front of him were six wines from Domaine Des Ardoisières, a winery that sources its grapes entirely from only two single vineyard sites in the Vin des Allobroges designation of Savoie: Cevins and St. Pierre de Soucy.

Cevins is perhaps the more notable of the two sites, if not because of its history. The domaine encompasses a steep hill rising above the town which was planted with vines during Roman times, before passing through the hands of Tamié monks and eventually into private ownership. But the infamous phylloxera louse that devastated much of Europe’s vineyards in the mid nineteenth century took its toll here too, and shortly afterwards the two World Wars the country had to contend with spelled the end of winemaking on this awkwardly steep hill.

But in 1998 a group of enthusiasts began clearing the site and reinstated the old Roman terraces that helped put structured order on the slope. It was a huge effort to unite no less than 400 landowners for an area of less than 10 hectares, an unusual display of selflessness for a common good. They planted mostly the local grape varieties mentioned earlier and farmed using only biodynamic principals, with the first vintage harvested in 2003.

St. Pierre de Soucy, meanwhile, is 50 kms down the valley and a little lower in altitude. This area is farmed organically instead of biodynamically but still provides the clay (or “argile”) soil that so intrigues Domaine Des Ardoisières winemaker Brice Omont.

With the humour and generosity typical of both Charles and Simon, we got to taste through some amazing examples of the region from two fantastic producers; here are a few of my picks…

THREE TO TRY FROM THE SWISS ALPS

Jancis Robinson calls this grape variety “the finest of the indigenous grape specialities of the Valais in Switzerland.” I haven’t tasted any other indigenous white varieties from Switzerland but I do have to say this was damn good. It has a beautiful texture that was almost creamy, despite being tank fermented (maybe some contact with the lees?), followed by a razor sharp, precise acidity and minerality.

A delicious wine and a fantastic experience.

And if the Petite Arvine wasn’t good enough, along came its ‘big brother’. Fermented and aged in oak, this was beautiful and Burgundian in style.

Think crisp green apple coated in butter. It was textural, fresh, rich and long, all at once. Transcendental.

Humagne Rouge is a relatively rare variety from Valais which I found to be wild and rustic with its slight vegetal notes (think green pepper) diffusing into smoke and black pepper.

The palate was surprisingly soft and smooth and juicy with nice acidity at the end. Again another fantastic experience if you’re keen to try obscure grape varieties.

THREE TO TRY FROM THE FRENCH ALPS

This is beautifully crisp and clean and pure, though for me there was also an interesting, slightly funky, earthy undertone – call it terroir if you will.

A wilder wine with fennel, yellow apple and artichoke aromas. Again a feral note but much more noticeable this time.

Fresh and lively, its acidity is razor-sharp but it all softens to a slightly buttery finish from its time in barrel. A remarkable wine.

A blend of 80% Gamay (Beaujolais is just 50kms away after all) and 20% of the local Persan grape. A very characterful wine, light but complex, bursting with juicy fruit and a very distinct twist of black pepper.

Black forest fruit and black cherry abound, and it has a slightly bitter, dry twist at the end. Wonderful. 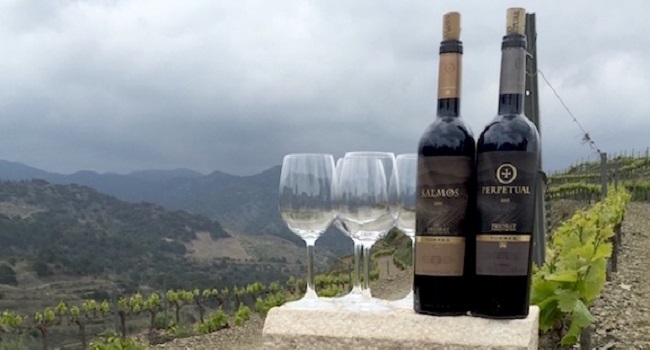 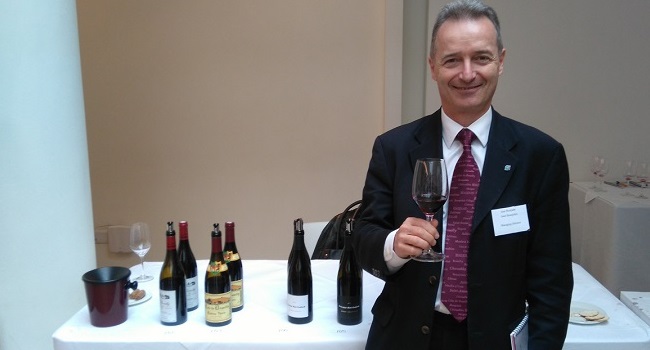 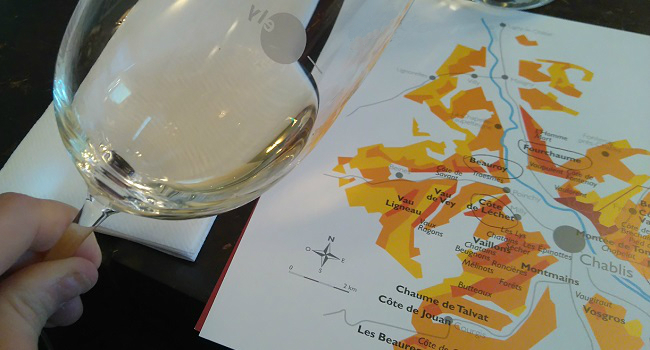