The End of a Love Triangle? The Internet is not Loving Toblerone’s New Shape 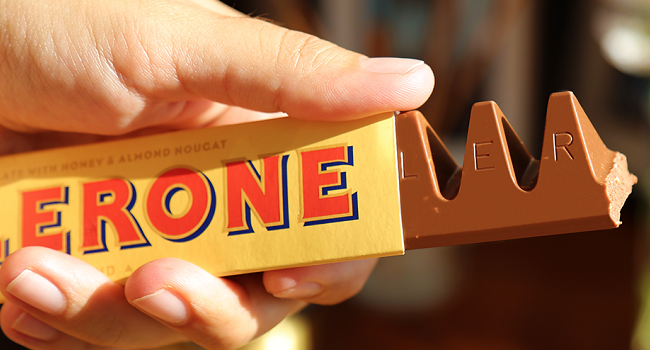 Imagine going to a ski trip on the Swiss Alps and instead of finding stunning mountains covered in puffy snow you’d stumble over thin peaks separated by long, awful gaps of nothingness? That’s how the Internet is feeling this morning about Toblerone’s new shape.

The company announced (or shall we say, warned us about) the makeover on social media, explaining on their Facebook page that UK fans would notice the difference. In fairness, they point out that “like many other companies”, they are “experiencing higher costs for numerous ingredients” and that they still remain “one of the best value and most delicious Swiss chocolate products in the market.”

Irish fans will also be affected by the measure, as Tesco has confirmed they’ll be introducing the reduced size bars.  Toblerone stated that the 400 g will now be 360 g and the 170g bar is now 150g.

While Tolberone argue that the decision was between either making this change or increasing the size of the products, fans point out that the large gaps and overall appearance of the product are not aesthetically pleasing and that it doesn’t look or feel premium anymore. Chocolate lovers are now sharing their feelings on Twitter using the hashtag #TobleroneGate.