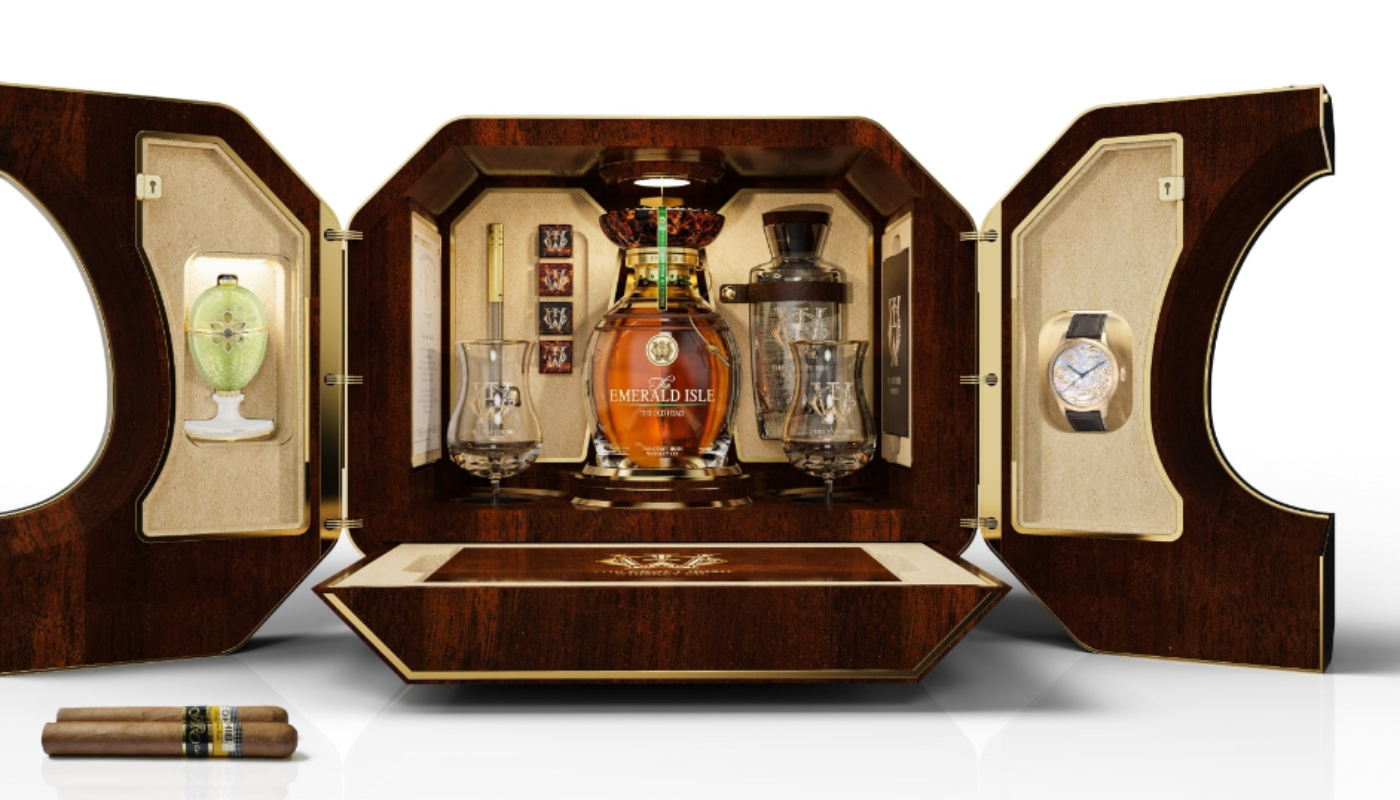 Home » The Craft Irish Whiskey Co. sets the world record for the world’s most expensive whiskey collection in partnership with Fabergé

The Craft Irish Whiskey Co. sets the world record for the world’s most expensive whiskey collection in partnership with Fabergé

On March 17th, and in partnership with Fabergé,  The Craft Irish Whiskey Co. achieved a new world record at $2million USD for the world’s most expensive whiskey collectors’ set.

Following the global unveiling of the highly anticipated ‘The Emerald Isle Collection’, the final bid and private sale of the first Emerald Isle box was jointly secured by Houston-based Fabergé collectors, James and Korrine Whipkey, and a second group of private investors led by Scott H. Weissman. All proceeds from the sale will go to the Correa Family Foundation, a charity supporting children affected by cancer. The remaining six Emerald Isle experiences boxes will be released at auctions and events in key cities throughout 2021.

Jay Bradley, Founder, The Craft Irish Whiskey Co. commented: “We are absolutely thrilled to have set a world record, for the second time in three months, with the launch of ‘The Emerald Isle Collection’. Collaborating with Fabergé has been a tremendous experience and together we have created an extraordinary bespoke set that truly celebrates Ireland, its craftmanship and unique heritage. I am also delighted and proud to be able to donate the full proceeds of this sale to the Correa Family Foundation, a cause which is very close to my heart as my own daughter was diagnosed with Neuroblastoma, a rare form cancer, when she was just five-months old.”

Beautifully presented in a dark walnut experience box, each set features a bottle of ultra-rare, single cask, 30-year-old, triple distilled single malt Irish whiskey, accompanied by two unique and exclusive creations from Fabergé – the first-of-its-kind Fabergé Celtic Egg and bespoke 1/1 Fabergé watch. Each collection also includes a humidor with two limited edition and sold out, ultra-rare Cohiba Siglo VI Grand Reserva (2009) cigars. Top rated scoring 100/100, it is the holy grail of cigar collectables and has increased by over 1,200% in value in the last decade. It also features a gold-plated cigar cutter, gold plated water pipette, pure obsidian whiskey stones, a hip flask with a sample of the Emerald Isle whiskey, which is the rarest Irish whiskey in existence, and a carafe filled with Irish spring water from the same region where the whiskey was made.