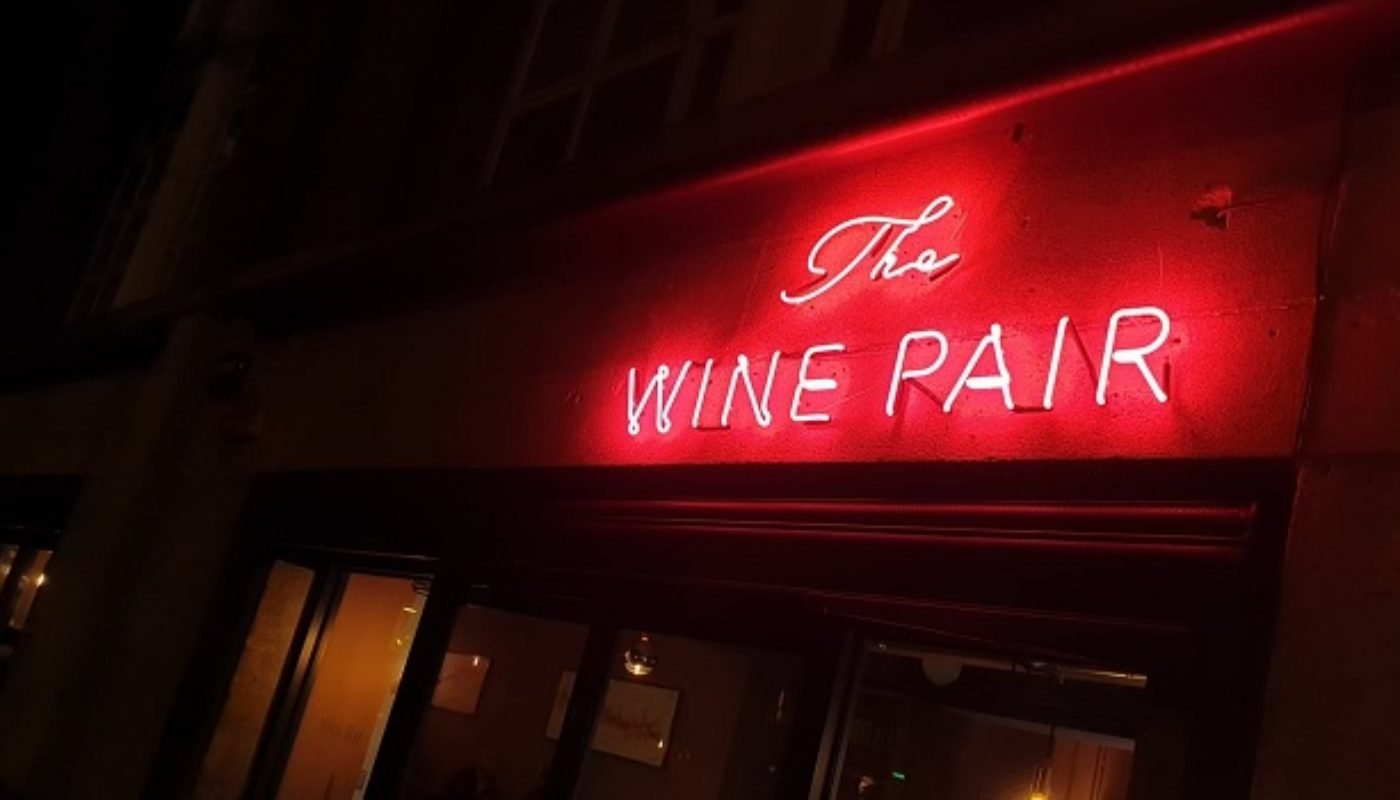 Wine bars are having a moment in Dublin and you know it’s more than just a phase when new doors begin to open outside the city centre. Last December, Clanbrassil Street welcomed The Wine Pair, a friendly neighbourhood spot that comes to fill a gap in an area that has many hidden gems for enthusiasts of Irish food and drink.

Casual and laid-back, it features a selection of old world wines from boutique producers, most of them French, Italian, Spanish and Portuguese. Several of the bottles are organic, biodynamic and/or natural.

The place is run by a wine-loving couple who live in the area and who, after thinking about it for a while, have endeavoured to bring their passion into a business with loads of heart. That was clearly noticeable on the Thursday evening of my visit, as they both were on-site jumping in and out of conversation with customers and making sure everyone was warmly looked after.

I was surprised to see Fino Sherry by the glass (Bodega Caesar Florida, €7), so I went for it to begin with. My date wanted a white, and they kindly offered him a taste of both a Grüner Veltliner and an Albarino.

It was not only a lovely display of hospitality but it allowed us to hear more about an interesting part of their concept, they do takeaway wine on tap, offering reusable bottles of 500ml and 1lt, such as the Albarino my guest was trying.

He decided to go for the Grüner (Schloss Gobelsburg 2018, €7.5), a sharp and zesty Austrian white, that again, was a treat to see by the glass.

The wine list features four sparkling wines, seven whites, one orange, eight reds, a Fino and two Ports. A total of 16 bottles are also offered by the glass, including all the bubbly and fortified.

On top of it, they have a selection of wines on tap (the Albarino and a Sauvignon Blanc on the white side, and a Cotes du Rhone and a Tempranillo for the reds) which can also be enjoyed at the table.

The food options are concise: almonds, olives, various cheeses and charcuterie. We shared a meat and cheese board (€22), neatly presented and generous for two. It combined artisan bites such as chorizo, salami, cured ham, blue cheese and cremeux de Bourgogne, from both Ireland and the continent. The bread accompanying it was supplied by another Clanbrassil Street favourite, Gaillot & Grey.

The Wine Pair’s decor is simple yet elegant, softly lit, with wooden furniture and neutral colours. Oenophile touches such as a map of Burgundy on a wall, a barrel and a pile of Noble Rot magazines on a table are sprinkled without overkill.

They’ve also added a touch of colour to their entrance, with a bright piece of street art by designer and graffiti pioneer Sums One (a.k.a. Tony Digger).

One thing we appreciated from the wine menu was how easy it was to navigate, and how it included information about each wine’s tasting notes, grape varieties and in some cases production principles. Handy for both newbies and veterans, clarity and structure in a wine list are always a plus.

Besides their sit-in and takeaway tap, The Wine Pair also has a selection of retail bottles from small and independent importers. If you see anything you like on the shelves and you wish to have it served, their corkage fee is just  €10 over the take home price.

The atmosphere was inviting, music playing softly, a cosy, intimate feel to the space and general good vibes. Before calling it a day, we had a glass of Picpoul de Pinet (Duc de Mornay 2018, €6.5) and a Cabernet Sauvignon, Malbec and Merlot blend from Bordeaux (Chateau de Leyquette 2017, €8).

While there are some interesting wines by the bottle only we pinned down as reasons to come back (Judith Beck Blaufrankisch from Austria, I’m looking at you!), the by-the-glass options are also encouraging; a no-nonsense and reasonably priced assortment of classics.

It would be lovely to see them expand their food offer in the future (within the constraints of a no-kitchen counter, of course, perhaps an antipasti selection or preserved veggie platter), but for now what they do, they do very well.

Now that The Wine Pair is there, it is obvious it was a missing piece in the puzzle of Dublin 8 dining. A must-try if you’re in the area, and worth a detour if you’re into wines with personality enjoyed among friends.

The bill at The Wine Pair came at €65.50 including six glasses of wine and a cheese and charcuterie board.

The Wine Pair is closed Monday and Tuesday, and it opens from 4pm to 10pm on Wednesdays, Thursdays and Sunday, and until 11pm on Fridays and Saturday.