The Best Young Chef in Ireland Has Been Named 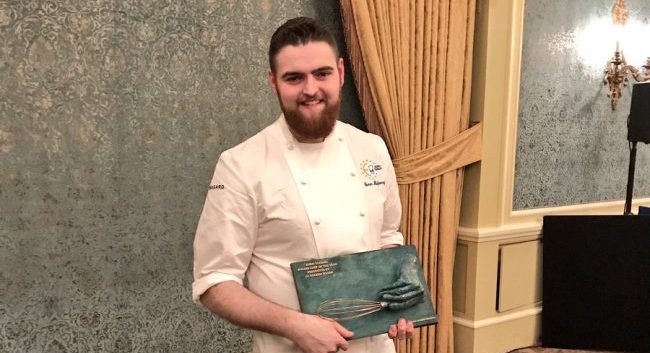 After months of rigorous competition, the Euro-toques Young Chef of the Year 2017 was crowned last night and 23 year old Conor Halpenny took the title at a glittering gala event in the Intercontinental Hotel.

From Ardee in Co. Louth, Conor is currently Chef de Partie at Michelin starred  Chapter One and counts Ross Lewis as his mentor. Conor wowed guests on the night with a stunning dessert of Buttermilk and White Chocolate Mousse, Passion Fruit Cuinneog Butter Shortbread and Dark Chocolate Cream, which he worked on with Chapter One’s executive pastry chef Darren Hogarty.

Conor had previously represented Tankardstown House in the Young Chef of the Year competition in 2015 and in conversation with MCs Domini Kemp and Simon Delaney, noted that his nerves were lessened second time around as he had an idea of what to expect, which no doubt helped him secure the title. 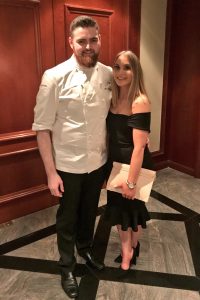 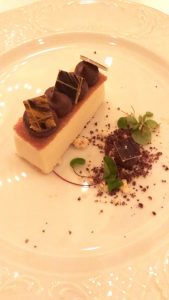 A passionate advocate of Ireland’s small producers, Conor noted that the exceptional quality of Irish ingredients is vital in creating winning dishes.

Irish food is about the commitment and determination of everyone in the industry, our passion for our produce and love for the food that we create from a small artisan producer to a head chef of a large restaurant. We as a community are Irish food

In a hotly contested final at Cooks Academy, the six young chefs were tasked with creating a main course and a dessert in two and a half hours, using a selection of Irish ingredients including Dexter Beef, Ballymakenny potatoes and High Bank Orchard apples to impress judges Richard Corrigan, Anna Haugh, Graham Neville, Wade Murphy, Paul Kelly and Aidan McGrath.

Guests at the celebration dinner were treated to a menu created by the six finalists, each showcasing the best of Irish produce while embracing the theme of this year’s La Rousse Foods sponsored competition, Back to Basics.

As well as the prestigious title, Conor has won a paid stage at Richard Corrigan’s Mayfair restaurant as well as a bronze trophy hand-crafted by chef Kevin Thornton.

To read more about the Young Chef of the Year competition and the six finalists read our interview here.