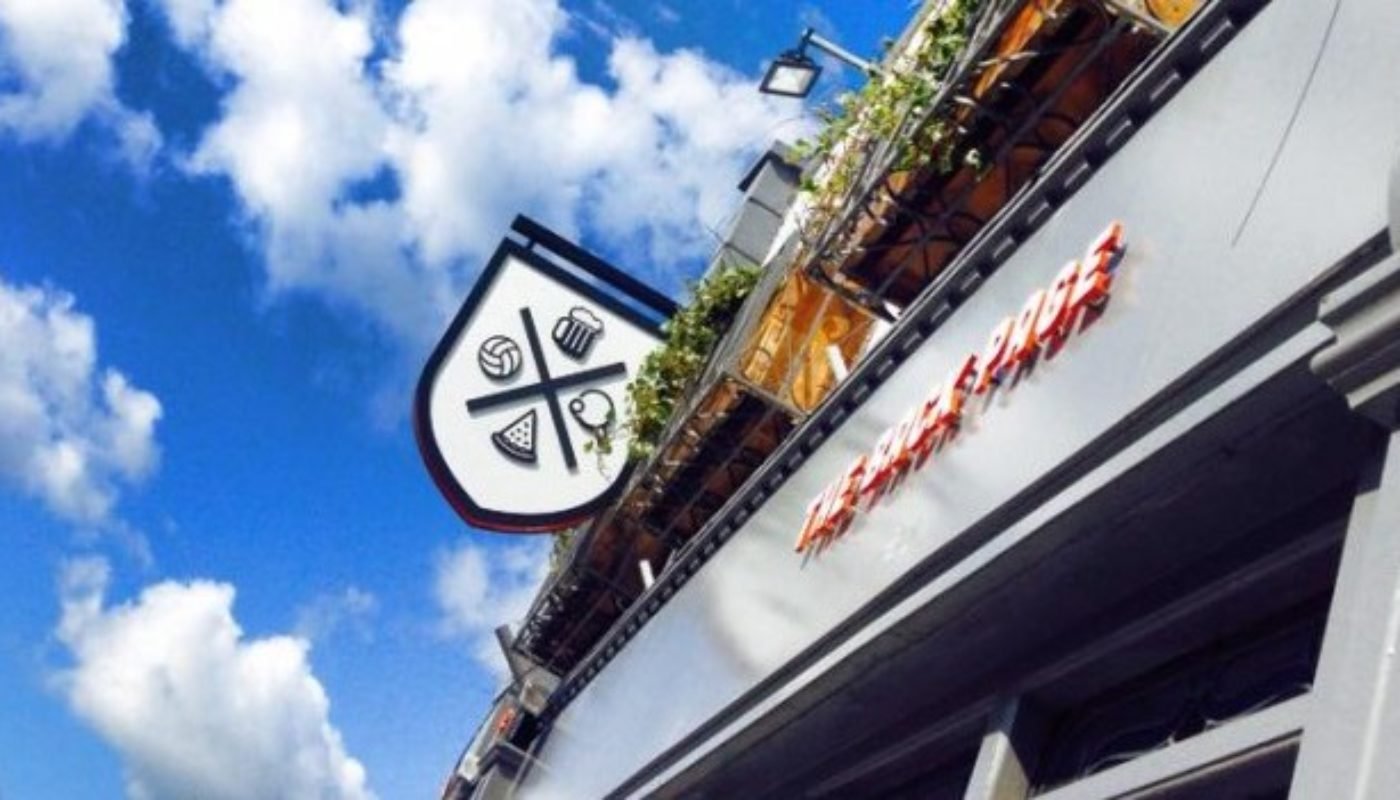 For many years in Dublin, heading to a sports bar at the weekend meant warm pitchers of Fosters, greasy baskets of grub and arguing with the guy in front as you strain your neck in a constant effort to get a glimpse of the low resolution projected game that you’ve come to see. It meant arriving just as the match kicks off and leaving as soon as you finished your pint during the post match analysis, in search of more comfortable dwellings.

It’s important to note that there has been some improvement on this front, with bars such as The Living Room, off O’Connell Street, investing heavily over the past few years in impressive beer garden set ups and redesigns as well as adding a decent selection of craft beers to their range, but for the most part this is a culture that has remained stagnant in the city centre for as long as most can recall.

Thankfully Bodytonic Music, the guys behind some of Dublin’s most innovative and unique bars The Bernard Shaw, MVP and Wigwam took it upon themselves to offer up an alternative option for those who are looking to get off the sofa and take in some gripping sports, great atmosphere and tasty beers all in the same day. Kicking off in 2014, stating “Less gastro, more astro… that’s our vibe”, The Back Page in Phibsborough has all the charm you’d come to associate with Bodytonic.

Inside you’ll find the usual selection of beaten up nostalgic board games of our youth, which have become commonplace in quite a number of craft beer pubs around the city. There is a full size ping pong table upstairs for those whose hand-eye coordination is still up to scratch and an Xbox equipped with Fifa in the snug for the less athletic patrons. What sets the Back Page apart from many of its peers though, is its offerings of freshly baked, made to order pizzas and salads. Adorned with the names of many an Irish sporting legend these pizzas really are top notch and could easily top the charts in terms of Dublin pub grub.

The one downside to the premises is the lack of a sun drenched beer garden but, in saying that, the Back Page have done a great job in making the most out of the limited space on offer out the back of the building. Those who do decide to venture back for a cigarette or vape might be pleasantly surprised to be greeted by a well lit clean environment as opposed to usual subjection of a damp dreary ally.

What the Back Page lacks in sun, it certainly makes up for in terms of beer selection. With a nice rotation of taps, including some of their own Brewtonic beers, as well as a big range of bottles and stubbys, you’d be hard pushed not to find something to please your palette here. The ’13 Seconds Porter’ is particularly tasty, although you’d wonder will there be a recall of it following McGregor’s recent loss!

When taking everything into consideration, it’s hard to think why you wouldn’t want to take a trip out to Phibsborough for every big sporting occasion. Those who are from the area surely consider themselves blessed to have such an incredible neighbourhood pub and as for the rest of us, we can only hope that something pops up in the city centre soon enough to challenge the Back Page for the title of ‘Best Sports Bar in Dublin’.