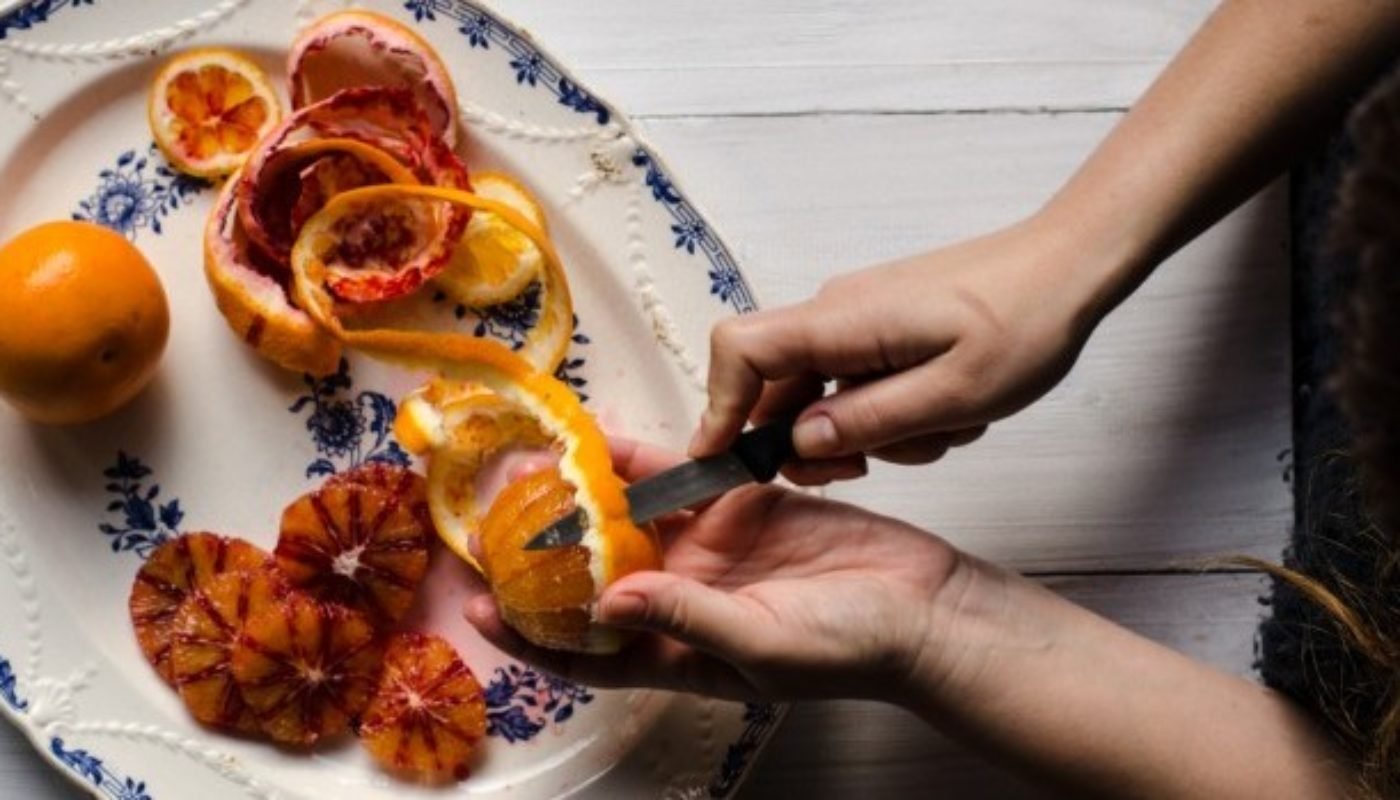 In today’s world where everybody shares their lunch, most understand that getting your meal to induce hunger pangs or to inspire your audience in the kitchen is not as easy as cook, snap, eat. Applying a little time and charm in the food styling department can go a long way towards making your food look beautiful. In fact the secret to the perfectly polished food photographs we see in cookbooks, advertisements, magazines and on TV, is that they involve the deft hands of a professional food stylist. We asked three food stylists about their role in orchestrating beautiful food photography, and to share some tips with us amateurs.

So, what exactly is a food stylist? Johan van der Merwe puts it simply, “food styling is the art of cooking food for the camera so that it can be presented at its best”. Johan’s extensive experience as a chef, working at 3-Star Michelin The Waterside Inn, as a cooking instructor Ballymaloe Cookery School and as head chef at Cafe Paradiso has aided him in becoming one of Ireland’s leading food stylists. He has worked on campaigns for leading brands like Guinness, Jameson, Coke and Centra’s ‘live well’ to name but a few.

Jette Virdi says “basically, I tell people I make food look pretty. I mean, it’s the best job. But that’s the tip of the iceberg”. Jette, born in Southampton, grew up via France and Africa. Her varied career path includes owning a plumbing company in Australia and a hotel in Mexico. Following this she trained at Ballymaloe Cookery School, where she became aware of the art of food styling and started her career as a stylist soon after, most recently working her magic on Rozanna Purcell’s impending cookbook.

She reveals the many layers her job involves: “Before a shoot you will have had two or three prep days to go prop shopping or borrowing props. Then you’ve got food shopping to do and you have to prep the food. Then I make a Pinterest board, so I have a clear idea of style. It’s a lot of work that goes into one final image”. As this suggests, on a shoot the stylist will often prepare the food in addition to styling it. However, their role is ordinarily distinct to that of the photographer. “If I was doing the food photography and the styling, and having to take sixeen shots in a day, my work wouldn’t be up to scratch” Jette says. She adds, laughing, “anyway, life would be pretty lonely if it was just me doing it all by myself in my house”.

While the fundamental role of a food stylist is making foods look the way a client or director wants them to, the exact nature of food stylist jobs can vary. Each of our stylists have carved their own niches, and have unique, but often complementary skill sets. While Jette excels in preparing food for still photography such as magazines and cookbooks and Johan has mastered readying it for advertisements Ali Dunworth, our third stylist, specialises in arranging it for TV and web videos.

Ali began her career in the UK TV industry, working as a runner on BBC’s Saturday Kitchen before gaining experience on shows such as the Good Food Channel’s Market Kitchen and on Nigella Lawson’s TV series. Since returning to Ireland she has co-ordinated Clodagh McKenna’s restaurant openings and pop-ups and has continued working in TV production on shows such as RTE’s Operation Transformation and TV3’s The Restaurant.

Ali says that her role is very distinct from that of her peers. “It’s fifty fifty. Functionality and things looking good. The food on TV is part of a bigger story. My skills are problem solving, researching and people management. That’s where my skill set is different from a regular food stylist”. Sourcing ingredients, often rare and out of season, is a crucial part of the job and she has amassed an inventory of producers and suppliers. “You get to know your fishmongers and your butchers, and you start to build up a bank of people you can call and say, is that in season? How can I get fresh cranberries in Summer? for example”. Another distinction is that Ali must take into consideration the sound and movement of food on camera. On big shoots this can mean whole days devoted to capturing the sights and sounds of the cooking process. “You film pans boiling over or steam coming out of the oven. If these are missed during filming they can be edited in afterwards”, says Ali.

Of course professional food stylists have several tricks up their sleeves to make food appear as delicious as possible. Johan reveals that under-cooking meat to maintain a plump finish is commonplace, a tactic he employed when roasting chickens for a major supermarket advertising campaign. Jette says “food that’s cooked all the way just isn’t that pretty all the time. Lets say it’s broccoli with a poached egg. You just dunk the broccoli in boiling water to get it that amazing green”. Obviously all the stylists enthuse about the effect of natural light in making food look beautiful, it seems there is no way to out-style the effects of poor lighting in restaurants at night-time. For Johan, subtle changes can make a big difference, “There are ten ways to cut a scallion. Its just a little bit different, but it makes it interesting”.

Jette says that the money-shot isn’t always a close-up, “I like table shots. The story of the meal rather than hey, look at my chicken wings”. To capture that view from the top Ali promotes standing on tables and chairs or even using a selfie stick. The use of interesting accessories and backgrounds is vital in creating the story behind the food. Ali’s favourite prop? Her hands. “Always have your nails painted. Because hands look so good in pictures”. As well as confessing to having burgeoning collections of mix and match crockery, utensils and other quirky charity shop finds, all the stylists extol the use of wooden boards to create a textural, rustic background. Jette even advocates a spot of dumpster-diving, “Skips are my friends. I find wood in skips and then paint or sand them”. So integral are props to the job that Jette reveals that she is currently in the process of setting up a prop-shop in Dublin, “people in publishing houses could come in and rent a gorgeous kitchen to shoot their photographs and they would have access to thousands and thousands of props as well”. No food stylist comes to a shoot empty handed it seems and having an arsenal of tools at the ready is essential. Some of the basics include toothpicks, cotton buds, knives, water misters and blow torches. Johan possesses a particularly comprehensive tool-box that includes sugar to make champagne fizz, browning sauce to give that golden brown ‘fresh from the oven’ look and even tampons to create steam. Ali discloses that she has often made use of potatoes, bolstered with toothpicks, to make a bunch of grapes look particularly sumptuous.

The varied and fascinating career paths and distinct roles of each of our food stylists make it obvious that there is no one set route or skill-set of a great food stylist. The only common denominator between the three is their passion for what they do, for food in general and an innate eye for detail and design. That, and a tool box full of beauty enhancing tools, is what sets them apart from us mere Instagramming-mortals.