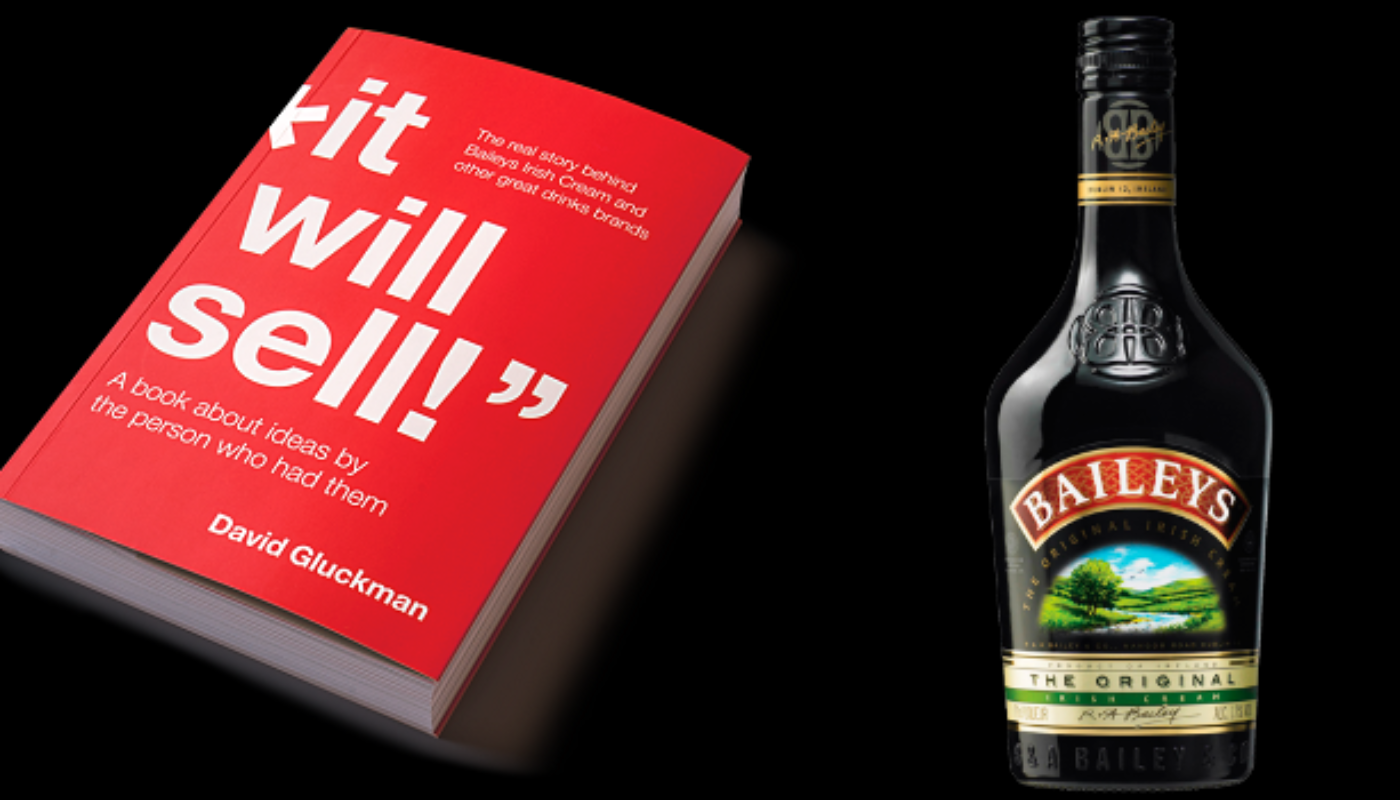 At this point, David Gluckman is more than used to be introduced as “the guy who invented Baileys.” The creative brand developer who was behind the world-famous Irish cream liqueur and many other innovative alcoholic beverages has recently published That S*it Will Never Sell!”: A Book About Ideas by the Person Who Had Them, in which he tells his story and the ones that lead to his numerous successes.

David, born in South Africa in 1938 worked in advertising in London since the early sixties and during his career, he spent a big proportion of his time travelling and creating new products for Diageo. Through his very engaging book, readers can see the thinking process that lead to total hits such as Aqua Libra, Piat d’Or, The Singleton, Tanqueray Ten, Smirnoff Black and most recently, Coole Swan, as well as some projects that didn’t go as planned, for example, Guinness Light.

Some of David’s products were global hits, others made it big in specific markets such as Korea or India (and reading about the travels behind such developments, you can see how a gap was waiting to be filled), and while some of his quirkiest ideas were short-lived or never made it into the shelf, is perhaps because they were ahead of their time, but reading about them in 2017 can only fill drink enthusiasts with what ifs. As we read through the pages, the challenge of overcoming executive meddling and pitching your idea the right way become as crucial as coming up with a product that appeals to consumers.

For David, market research has become a crutch that translates in lukewarm decision making and nothing can replace the effect of someone truly believing in something and championing for it.

That S*it Will Never Sell!”: A Book About Ideas by the Person Who Had Them will make a wonderful summer read. You’ll fly through its over 300 pages filled with images of iconic drinks, forgotten bottles and prototypes that are perhaps waiting for the right brand developer to dust them.

That S*it Will Never Sell!”: A Book About Ideas by the Person Who Had Them is priced at £25 (€28.87) and you can order it via thatshitwillneversell.com.