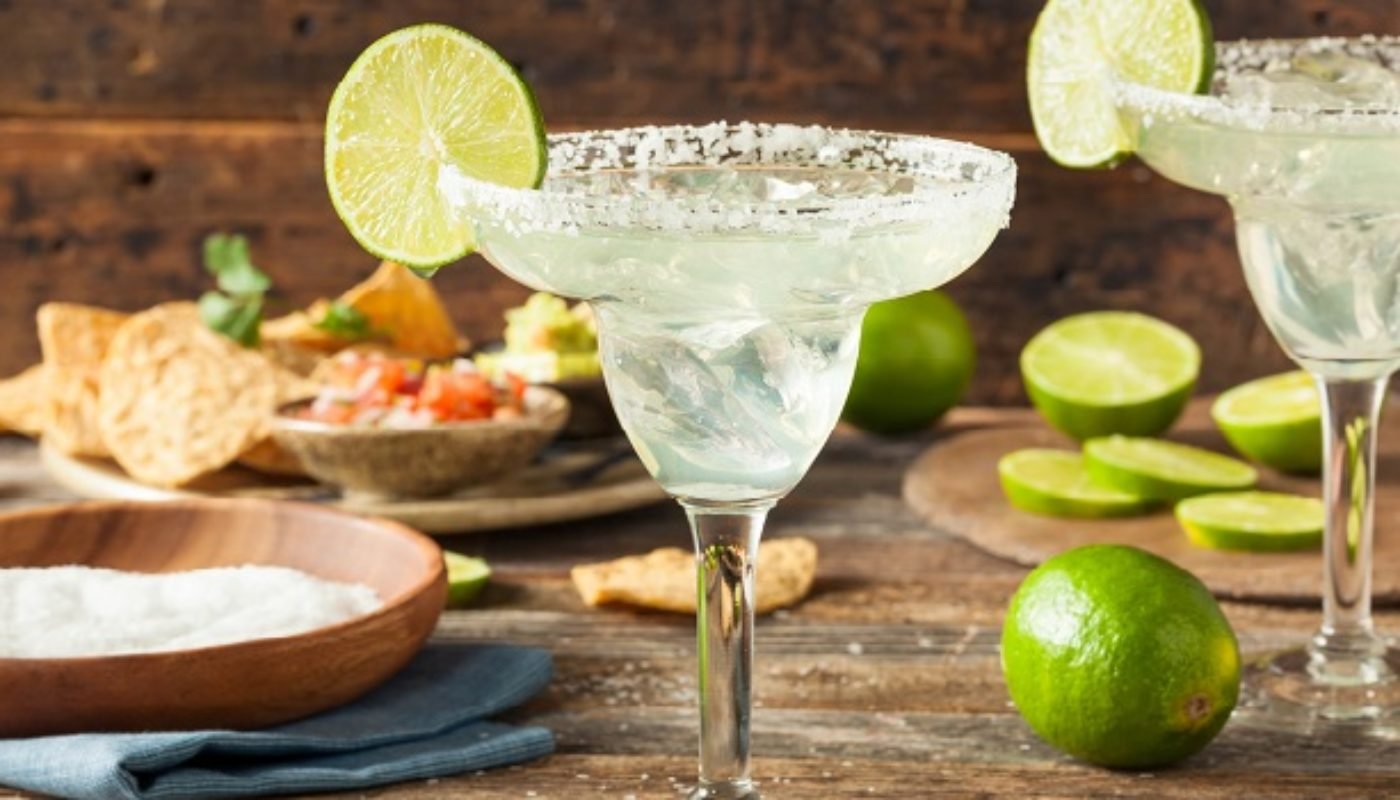 Imagine for a second that the world’s favourite spirits are characters in a Quentin Tarantino movie… Think Reservoir Dogs, but instead of Mr. Pink, Mr. White and the rest of the colour coded crew, envision a universe with intellectual and wild Mr. Whiskey, steely femme fatale Miss Vodka and sweet-talking but hot-blooded Mr. Rum.

In this world, sly and cunning silver fox, Mr. Gin, is a mild-mannered botanist with a dark past who has been calling the shots for a while but a vigorous contender wants to be the new jefe in town; enters Sr. Tequila, an old soul in a young body, an elegantly attired gentleman that won’t try to hide his rough edge.

Yes, he once was known as a rowdy bandit but this time around he has transformed into a premium drink and is already the most wanted tipple in many trendy bars. Mr. Gin has the advantage: the days when this astute social climber answered to the name of Mother’s Ruin are long gone, and his charisma has him breaking all records and ruling the scene one tonic at a time.

But tequila is having nada of it, trendy and with a strong sense of provenance (while one could theoretically make gin anywhere, real tequila can only come from Jalisco), it walks forward with steady confidence. If juniper is as powerful as Bill, agave is as determined as Uma Thurman wearing a yellow jumpsuit and running around with a katana.

Figures from the UK’s Wine & Spirit Trade Association show that Tequila sales have grow by an outstanding 37% compared to 2014, and the trend is even stronger in the United States where they doubled between 2006 and 2016 as indicated in the Global Tequila Market 2017-2021 report.

The research revealed the supper-premium segment as the biggest winner with 651% growth over the last 13 years and an even sunnier rise in the horizon.

As it’s often the case in Tarantino’s films, let’s throw in an unexpected star cameo: George Clooney’s own brand, Casamigos, was sold to Diageo a few weeks ago for the hefty sum of one billion dollars, which foreshadows the next scene… Please play dramatic music. The summer sun is scorching hot and at the shadeless hour of noon Mr. Gin and Sr. Tequila sustain eye contact as they face each other in duel…

The big guns come out: G&T or Margarita? Both spirits are more than the most popular cocktail they star at, however these are the tipples’ weapons of choice when conquering the masses.

Gin & Tonics are likely to be the most popular alcoholic mixed drinks in Ireland at the moment (as deduced after recently analysing menus across the country and surveying people’s preferences when it comes to gin) and Margaritas were reassured recently by a Nielsen Study as the US’ favourite cocktail (the rest of the top 5 was comprised by rum based concoctions), however, in Irish bars they’re a familiar yet not ubiquitous face. Let’s remember gin is produced in Ireland abundantly but there’s no such thing as Irish Tequila.

This battle was won by Gin, but the war is far from being over. Revenge will be served cold and in a salt-rimmed glass as premium tequila will not find it easy to gain terrain in Ireland but that doesn’t mean it’s not trying, and just as spritzers took their time and are now ruling the summer, history teaches us that when a trend’s waves are strong internationally, it eventually reaches Irish shores. Can’t wait? A few bars in Dublin are ready to quench your thirst for agave right now. Chic contemporary Mexican 777 not only mixes a deadly Margarita, it explores the spirits talents with the same daring attitude it pushes the envelope of Mexican cuisine in Ireland.

Old-school American style Dillinger’s in Ranelagh is also famous for its Margarita Mondays (you can go any day you’d like, they’ll mix it for you) and buzzy Taco Taco on Dame Court not only has them on special Sundays and Monday nights, they will treat you to a whole jug of Tequila’s blockbuster to start the fiesta.

What better way is there to pretend it’s actually summer than with Margarita Monday?! 😃 #Hopeful pic.twitter.com/YgpjPCEeSi

Get the margaritas in! Jugs of margarita, rum punch and gin n juice for 24.95 every Sunday and Monday night! #tacotaco #cocktails #margarita

Another three Mexican spots to indulge in this and other tequila based cocktails are Acapulco on George’s Street, Oaxaca in Dundrum Town Centre and Xico on Baggot Street. This last one boasts quite a remarkable tequila selection and a dedicated tequila cocktail menu worth exploring.

It’s Friday which means this little señorita should be in your hand already!! 🌵🌵 #TreatYoSelf #TGIF pic.twitter.com/u9UDYLusoS

Fancy a tequila based cocktail but not really in the mood for Mexican or Tex-Mex cuisine? Then you can head to Zozimus Bar and order a Viex Camus 14, made with Don Julio Añejo, VS Cognac, Charteruse and vermouth.

Last but not least, you can also visit Fade Street Social, where the spirit shows a rare delicate side in the floral Mairéad Rosé, where it’s accompanied by St. Germain Eldelflower Liqueur, rose syrup, grenadine and fresh citrus juice.

We haven’t been this excited about Friday since last Friday!
Join us for cool cocktails and funky tunes tonight pic.twitter.com/0wsJVYJHVQ

MIX IT AT CASA

We have previously gone into detail about what differentiates authentic tequila from pulp fiction. Long story short: provenance (Jalisco, Mexico) and raw material (has to be agave, and check for the 100% as many low-end bottles barely comply with the 51% required by lax definition of Tequila given by US law).

If you happen to lay your hands on a bottle of premium tequila such as El Jimador Blanco (€35 at O’Briens Wine), Patrón Reposado (€61 at O’Briens Wine) or Corralejo Añejo (€73.99 at Celtic Whiskey Shop), please don’t shot at it.

You can get away with using the blanco (white) for Margaritas, a good reposado for cocktails of more depth and the añejo, complex and mature, that one enjoy it as you would a fine whiskey.

If you want to make a tequila based cocktail that’s different, on trend and that does justice to a finer spirit, behold the Oaxaca Old Fashioned, invented in 2007 by Phil Ward while he was behind the bars at the iconic Death & Co in NYC. 1. Combine all the ingredients except the garnish into an Old Fashioned glass
2. Add a large ice cube and stir for a few seconds to chill
3. Twist the orange skin and pass it over a fire briefly to release its aromas and warm it
4. Garnish with the warm orange twist 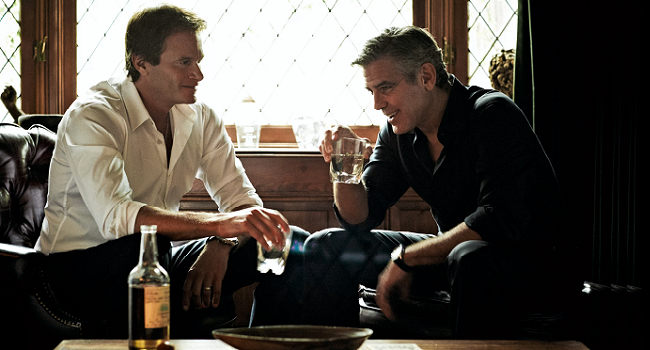 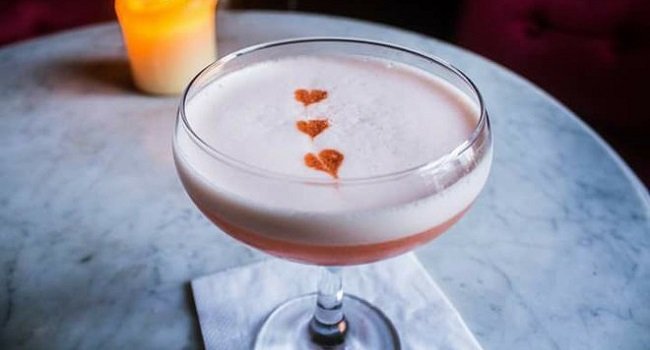 Cocktail of the Month: Tequila Me Softly by Peruke & Periwig 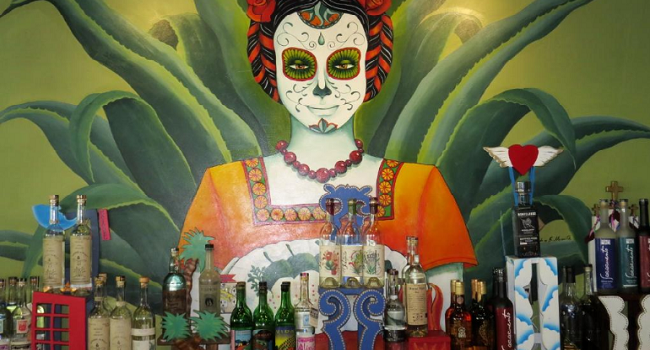