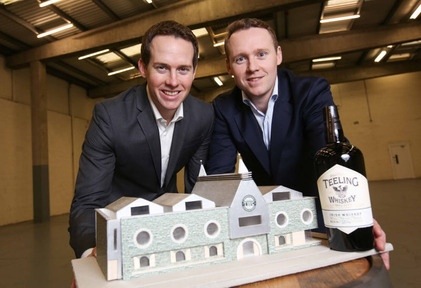 The Teeling Whiskey Company has announced that work has commenced on their new €10m whiskey distillery located in Dublin’s Newmarket in The Liberties, Dublin 8.

This is the first new distillery in Dublin in over 125 years and will be a revival of the family distillery that thrived in the area in the 18th century.

The Teeling Whiskey distilling equipment is scheduled to arrive in October and commissioning of the distillery will commence before the end of this year. There will be more than 100 people employed during the construction phase with 30 permanent jobs created following its completion.

The new pot still distillery will have the capacity to produce 500,000 litres of whiskey on an annual basis and will consist of three traditional copper pot stills, reviving the traditional style of the old Dublin distilleries.

In addition, a planned visitor centre will provide visitors with a journey into the history of Teeling Whiskey, the whiskey heritage of the Liberties, the unique Dublin whiskey distilling process and whiskey tasting. The compaany expects to host up to 50,000 guests in the centre in the first year, increasing to upwards of 100,000 in future years.

Currently Teeling distills its whiskey at the Cooley Distillery, which the company sold to Jim Beam in 2011, and matures the whiskey at its own facilities.

Jack Teeling, Founder and Managing Director, said: “This project brings distilling back to an area of Dublin long associated with world class whiskey which, at one stage, had 37 different operational distilleries and was known as the ‘Golden Triangle’ due to the cluster of Irish whiskey manufacturers in one small area.”