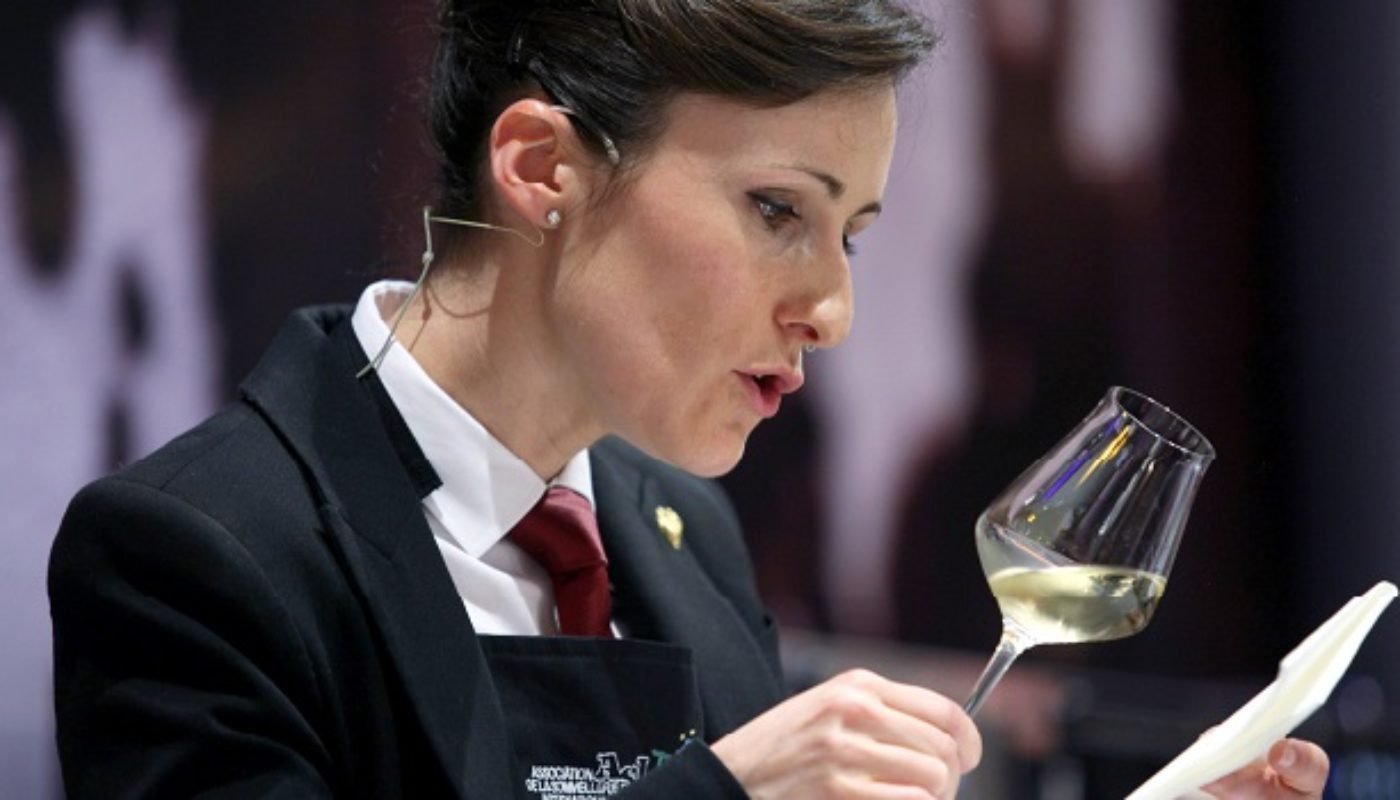 When Julie Dupouy earned her place among the world’s top three sommeliers there was plenty of wine to celebrate. Her bottle of choice? Hermitage Jean-Louis Chave 1983, an elegant, floral red from Rhône that has a lot more in common with her than just their shared year of birth or their South-of-France origin. You could be talking about any of them when you mention their award-winning charm and their refined but approachable nature.

It wasn’t a shock then when the Best Sommelier in Ireland 2015 poured a few glasses of it in Mendoza after the Grand Finale of the Association de la Sommellerie Internationale (ASI) competition for the Best Sommelier of the World last April 19th, where she achieved third place while representing the Irish Guild of Sommeliers. However it did come as a surprise when she quickly mentioned that that’s her favourite wine, as it’s not uncommon for sommeliers to be awfully wishy-washy about their number one. It depends on the occasion, they say, It’s impossible for me to choose just one, we’ve heard plenty of times. It is refreshing to be in front of someone that knows what she wants. But to excel at this level you don’t only need to know yourself and be constantly aware of your every move while an audience of hundreds watches you in awe as you strike for real excellence in a mock restaurant. You need to be a living wine encyclopedia, a diplomatic and graceful problem-solver and a sensory database with immediate and accurate responses to the subtlest of stimulus. “The competition was divided into quarter finals, semi final and the grand finale.” It took three days of tests plus one day off for the event to be completed.

For the quarter finals we had to do a one hour and a half written exam with more than 50 questions about wine, spirits, tea, coffee and food. Then a blind tasting of six spirits for which we had four of five minutes to identify them.”

The test also included a practical task: on a staged restaurant setting, participants had to approach a couple that ordered a bottle of Moët & Chandon. What would be a routine occurrence at any fine-dinning establishment had a catch. After Julie -as well as all other contenders- took the order, she came back to the cellar to find two types of Moët & Chandon Champagne: the most popular and least expensive Brut Imperial, and a luxuriously priced Vintage.

I went and introduced the cheaper option, although I should have come back with both and let them decide. You don’t want to open the Vintage and then having them saying they wanted the other one so it wasn’t ideal, but it wasn’t the worst.”

Many competitors must have made more and bigger mistakes as only 15 from the initial 60 moved on to the semi finals. Only perfection would do now as she answered another one hour long theory test and blind tasted another half dozen spirits. This stage of the competition was made even harder by the introduction of a wine pairing and an up-selling challenge.

We were given two wines to pair to food and we had to recommend one of them to a customer. We also had to explain to them why one was better if they disagreed, and we needed to do it in a way that they didn’t feel confronted. After that we had to blind taste a Fino Sherry and we were told ‘This is your product, you have five minutes to sell it’. Then you talked to a customer and asked questions and tried to sell the product.”

The mock restaurant opened its doors again for a couple wishing to order Port wine by the glass but the fantasy-menu only had it by the bottle. Julie made the right choice and pleased them, confident that she’d find a way to sell the remaining of the hypothetical Portuguese fortified during the next few days. She also had to convince a fictional group of American wine lovers to visit this imaginary place. After a well deserved day off in which a trip to Mendoza’s vineyards was a welcomed break, the finale arrived. The crew of fifteen was decanted and only a trio continued: Julie, representing the Emerald Isle, Arvid Rosengreen from Sweden and David Biraud from France.

Julie, who was described by Decanter as the “dark horse” among the selected few, was the last one on the spotlight for the epic challenge. No theory at this point, only another service reenactment, this time under the 46 scrutinizing eyes of 23 unforgiving judges and an audience of over 500 wine lovers. What did Julie do during the handful of hours of wait until she performed the leading role on that theatre? A mix of self-addressed pep talks and power-napping. “I was trying to relax, I told myself a motivational speech and felt that it was already great to be in the final… And I took a nap.” She was very tired indeed and she acknowledges that it affected her performance in the last third of the test.

It went very well during two thirds of it. I heard comments about how most of the time I was ahead. But I got very hungry and was really tired, I got a migraine. I just ran out of energy.”

Maybe it happened while she was mixing the classic martini extra dry, perhaps when she had to recognise a series of pictures of vineyards and wine personalities or when she corrected a wine list with mistakes or while decanting a magnum of red wine. But at some point, Arvid and David just got ahead.

3rd goes to @JulieDupouy1 #BestWorldSommARG2016 huge congratulations to our cousins the Irish Guild of Sommeliers! pic.twitter.com/eMMh3tfD8X

Still, her 14 months of intensive studying and heavy training paid off as she knows that her participation will open many doors for her professionally. Just after the finale, her Twitter account gained hundreds of followers overnight and that is just the beginning. Julie is the director of her own business Down 2 Wine, and the international exposure gained from the competition will certainly help her develop this venture that combines consultancy, corporate events, wine menu design and her sommelier expertise in general.

With a CV that allows her to work anywhere in the world, what keeps Julie Dupouy in Dublin? She smiles and after a brief laugh mentions that her husband is Irish. They met working at The Greenhouse and she recalls that even though he wasn’t that much into wine in the beginning, she was able to pass her passion on to him and now they have a habit of sharing a bottle of wine together every now and then.

It’s not hard to spark people’s love for wine when you have the fire yourself. During the dozen years Julie’s been in Dublin, she has done that at the most respected establishments and has came to understand Irish wine lovers very well. For her, the group is open-minded and adventurous, never afraid to walk into new terroirs.

In other parts of Europe you have easier access to vineyards. It takes more commitment to book a flight and spend a few days to visit them. I love how Irish wine lovers are open to the whole world, and know really well their New-World wines as well as the classics

Of course, even among this warm and friendly crowd of enthusiasts she stumbles into the occasional snob. How to resist the temptation of putting someone on their place when only two people on Earth can compete with your knowledge? “I usually let them talk for a while and say nothing and then when I get a chance, I say something that proves that I know”, a subtle yet inescapable message that just like the legendary Hermitage she loves, shows the mix of grace and potency that makes her feel grateful for having reached the finals and tempted to have another go at the gold.

Relaxing with a book: “A Pinot Noir from Burgundy.”

A garden BBQ: “Malbec from Argentina, like Zuccardi Concreto Malbec 2014.”

Bringing up good memories: “Hermitage Jean Louis Chave 1990, it was magical, a dream!” 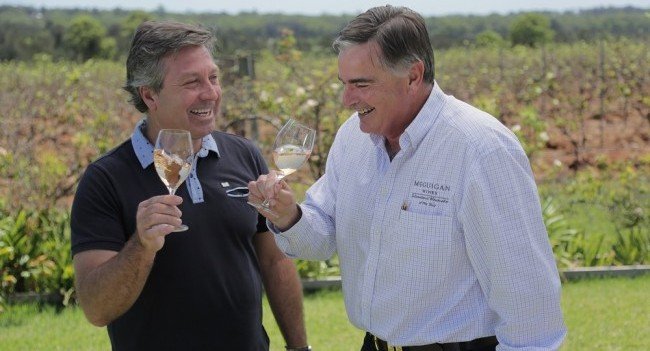 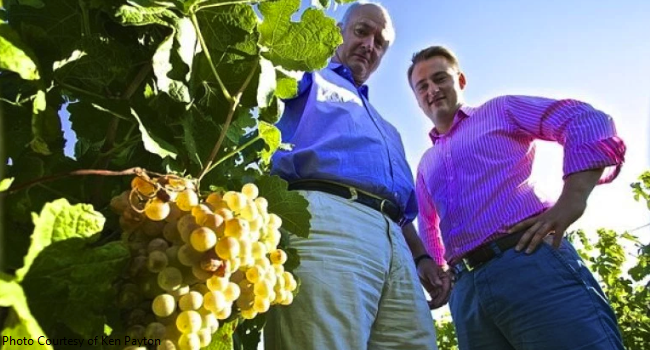 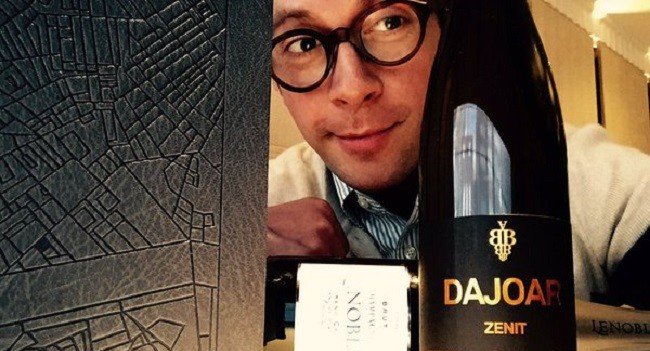 Behind the Label – Jan Konetzki … 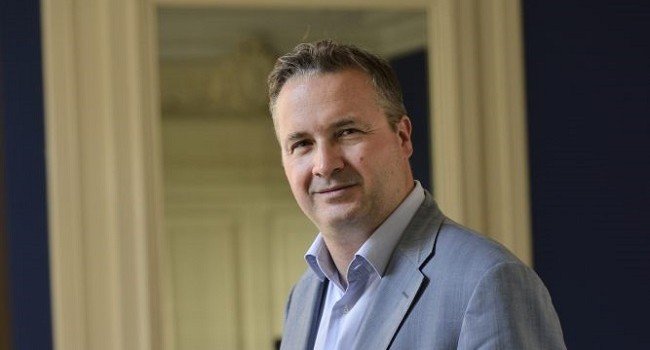