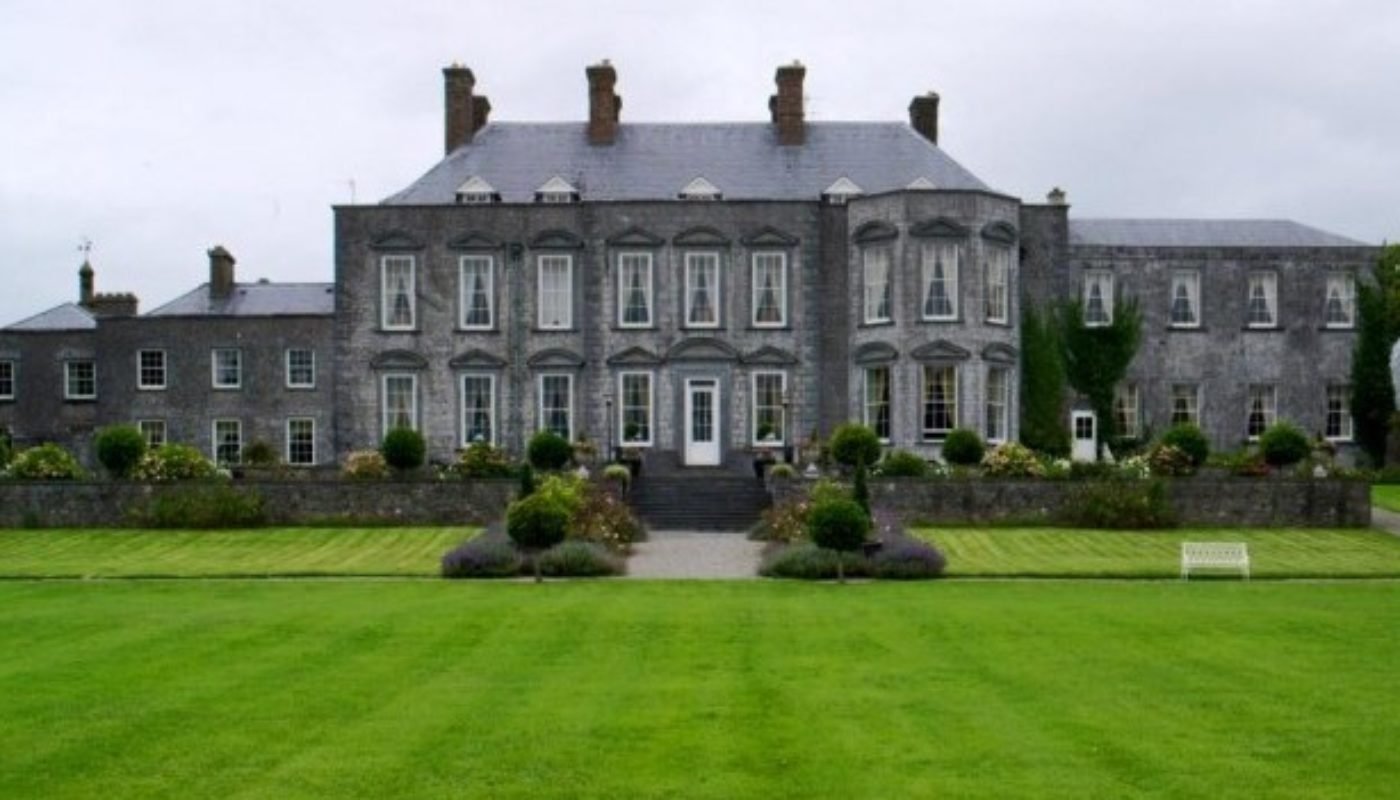 Home » Taking Hidden Gems to the Next Level – Castle Durrow

Taking Hidden Gems to the Next Level – Castle Durrow

Country houses are in no short supply in Ireland, it’s the one thing that we may have to thank the English for. Striking architecture, manicured gardens, stately rooms and an air of stuffiness are generally the images conjured up when mentioned. And let’s be honest in most well maintained cases that is often the case. However as we found out this weekend, not always.

We rocked up to Castle Durrow in record time; less than an hour from our office in the city all set for a night in the middle of nowhere to celebrate our anniversary, you don’t need to know how many years but let’s just say the Leap Year has a lot to answer for!

First impressions as you drive through the tiny town of Durrow, Co.Laois is even though it is a small town there is a real charm about the place. Blink and you will drive past the gate for Castle Durrow as it is situated slap bang in the heart of everything. We drove up the long drive and once we arrived in the main house we totally got why this is one of Ireland’s most popular wedding destinations. Probably one of the most unique hotels in Ireland we have stayed in, packed with an eclectic mix of interior design, no two rooms are the same, each one housing trinkets, paintings and antiques from all over the world. It’s one of those places you imagine there to be lots of secrets doors waiting to be unearthed, unfortunately our receptionist was not only charming but also very efficient so the exploring had to wait.

The Rooms in the Castle are all individual so each time you visit you never know what you will get when you open the door. We stayed in the elegantly named “Green Room”, complete with four poster bed, which for a room dating back to 1716 was looking pretty damn good.

Peter & Shelly Stokes took over the Castle over 15 years ago when it was in a state of disrepair, taking on the onerous task along with seven children between them to not only bring it back to its former glory but make it a home that they could share with the world. Shelly’s keen eye is behind the stunning interior design, mixing elegance and comfort and throwing in some singular touches like our mirrored bed and the Ming like vases dotted through the house. The duo are very hands on in the business and have become a huge supporter of local producers and suppliers in the area. Fresh flowers are dotted through the rooms and delivered every day from local florists Lawlor’s, Shelly’s Dutch background playing a part in this no doubt. In recent months one on of the younger members of the Stoke family has taken up the mantle of bringing this country house to the next generation. As she chatted with each guest in the bar before dinner we were lucky enough to catch the newest recruit Sara Stokes and get a guided tour of the house and gardens, perfect for working up an appetite for dinner. Having returned just returned from working in London for the past seven years she keen to put in place what she has learned along the way.

Part of the experience in Castle Durrow that the family have worked hard to nurture is a “home away from home” and that is exactly what you get, relaxed staff that are attentive and friendly most of whom have worked in Castle Durrow for over ten years and at this stage are almost family themselves.

Dinner is served either in the bar or in the more romantic setting of the restaurant overlooking the superb gardens which resident gardener Bart painstakingly maintains and grows all of the herbs used in the kitchen. We chose the latter, a 4 course candlelit dinner. “Modern Country house cooking” is how head chef of over 12 years Graham Gallagher describes his menu and we would day this is spot on.

Starters range from “Beetroot & Orange Carpaccio” to “Wild Mushroom & Spring Onion Risotto”, but throwing in an Organic Oak Smoked Salmon Sushi Roulade had us intrigued. Set on a bed of pickled ginger pancake this was no traditional sushi; much like the house itself it had its own sense of style, generous helping of rice wrapped in a salmon roe and lightly drizzled in a wasabi crème fraiche to give it that little kick. Sticking with a slightly Asian influence we chose a crisped Belly of Pork, three crisped slices of belly gently rested on an interestingly blended cauliflower and orange purée, but it was the pan seared scallop that peered out from the top that stole the show. After a little palate cleanser of homemade cucumber sorbet with green pepper and a hint of lime we were dying to get stuck into the mains. Theo who looked after us on the night swayed us off a New Zealand Pinot and convinced us that their 2009 left bank Bordeaux from Chateau Bertrand Braneyre (€39) was the “nectar of the Gods” and with our first main of Oven Roasted Breast of Barbury Duck he wasn’t far off. We had seen the Monkfish dish being rested in front of our neighbours and quickly devoured, making our decision that little easier. Two bountiful fillets were presented; well-seasoned with chilli and lime immersed in a lip smacking cucumber, pickled ginger and crab claw ragout. Throw in the decently blanched asparagus and this was a country house dish we are still craving! Be warned portions are not in any way small in Castle Durrow so arrive hungry, we shared a Warm Hazelnut Sponge with caramelised pear and a pleasing praline cream over a couple of espressos to finish off a fantastic dinner. We rounded off the evening in the bar with a little nightcap which turned into several after spotting SnapChat king James Patrice and a fellow foodie down for the night entertaining the room with his hilarious antics. The bar pretty much summed up Castle Durrow, a mix of age, demograph and backgrounds all with one common denominator everyone was in no rush to end a fantastic night.

Surrounding this luxury home there are many amenities worth mentioning which we discovered the next morning after breakfast. We recommend that you set aside an hour to take in Castle Durrow’s beautiful grounds and many gardens. As you stroll out of the house you will see a striking courtyard which is used by many wedding parties, followed by a sheltered BBQ area, all of which open out to layered gardens. At the end of the gardens you will discover a forest walk, which ends at a small grotto. One thing that we would have to commend the family for is how they have tried very hard to make every part of this 300 year old home accessible, with ramps, wide doors and fully accessible stable rooms.

Castle Durrow is more than a wedding destination, it’s the perfect city escape, couples retreat or girls night away. Prices for overnight accommodation, dinner and breakfast for two start from €210

This is a home away from home we would highly recommend.