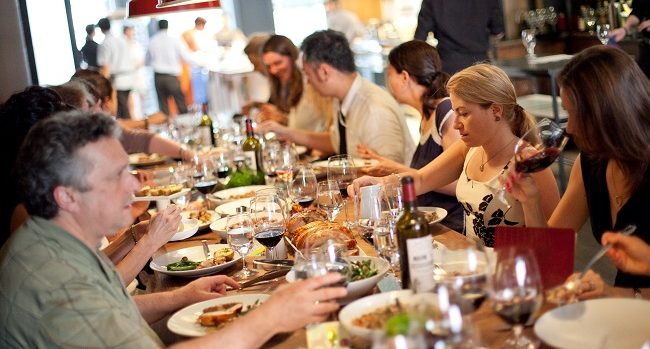 Going out for dinner during the festive season is a growing modern Irish Christmas tradition. That’s according to a new survey by OpenTable, the world’s leading online restaurant booking platform and part of The Priceline Group (NASDAQ: PCLN), which reveals that 40% of Irish adults plan to dine out at least once a week over the Christmas period.

Saturday 10th December is slated to be the busiest night of the festive season with the majority of respondents (10%) saying they would choose to dine out on this date.

The opportunity to relax and enjoy time with family was the main reason for dining out over Christmas for 71% of adults, with a significant proportion simply wanting to avoid the stress of cooking for a large group (15%).

When dining out over Christmas, more than half (51%) of respondents have a preference for traditional Irish fare. Chinese cuisine was a surprising second choice (14%), closely followed by Italian (13%). Turkey and Ham came out on top as the nation’s favourite Christmas foods (64%), followed by roast potatoes (31%) and stuffing (29%). The ever controversial Brussel Sprout was voted Ireland’s least favourite food (34%), followed by Christmas pudding (28%) and trifle (21%).

When deciding upon a dining destination, 27% of respondents said they would make a booking at their favourite tried and tested restaurant. Almost one in 5 (18%) are happy to go along with whatever option the organiser has chosen, while one in 10 are looking for a good deal or to try somewhere new.

Close to a third (31%) use a meal out over Christmas as a way to catch up with friends. Family occasions (28%), work events (12%) and annual Christmas catch ups (13%) are also popular reasons for festive dining. Add Contact Form