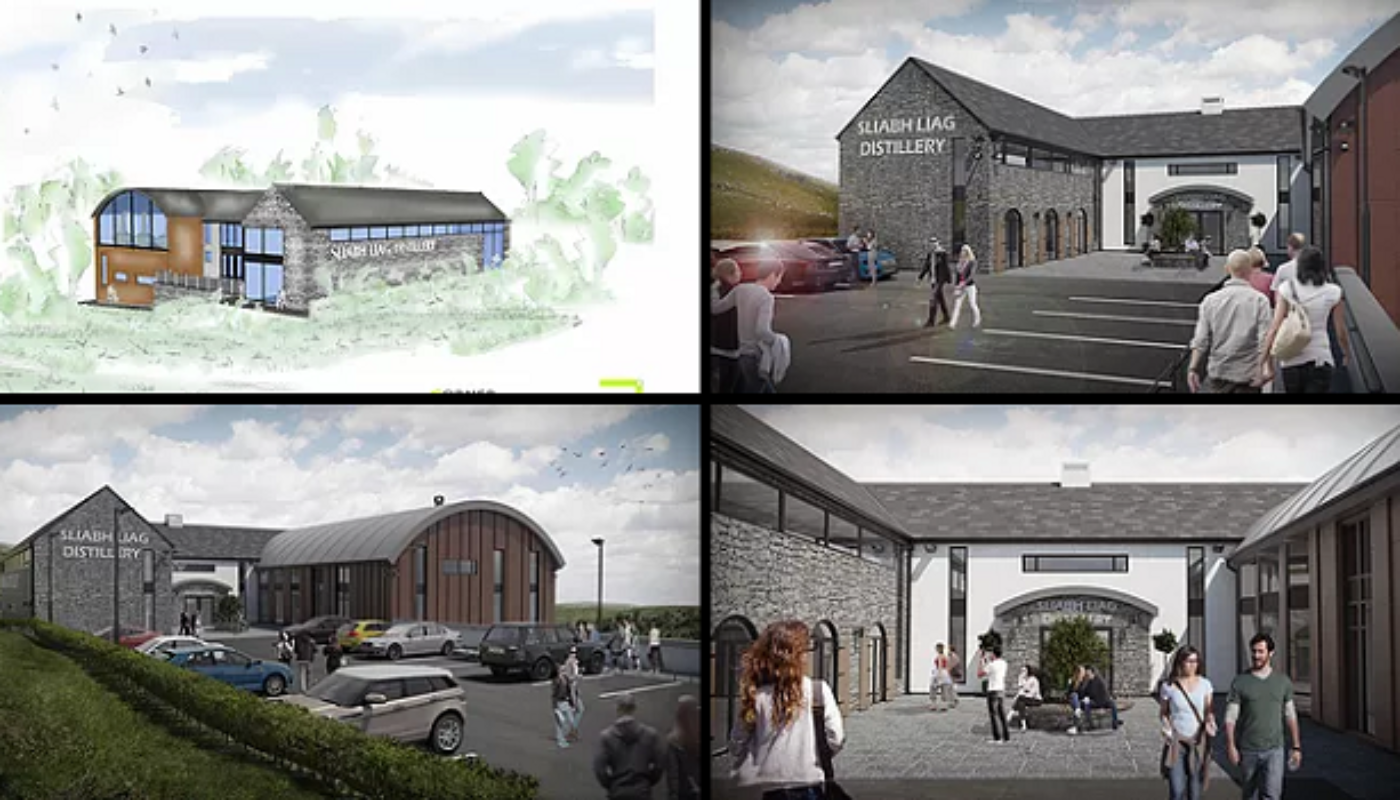 Sliabh Liag Distillery in Donegal has just received planning permission by An Bord Pleanála to build its new distillery on the slopes of the Sliabh Liag in South West, Donegal. It will produce whiskey, gin and poitín and it will also feature a visitor centre.

“This is an exciting step toward the goal of reclaiming the distilling heritage of Donegal”, reads on an announcement by the Sliabh Liag Distillery.

The distillery will be a boost to employment and enhance tourism in the area and we are grateful to all the specialists that have helped put forward such a comprehensive submission in which the merits of the distillery were highlighted and the concerns addressed. With an appealing design by Corner Stone Architecture, the new distillery is expected to boost local tourism and it’s the first in 175 years to be built in the area.

And while it’s still being built, there’s already a whiskey under its name, as last year Sliabh Liag Distillery launched a blended whiskey named The Silkie, which is expected to be one out of four brands inspired by local folklore.

This link to heritage is a major element for Sliabh Liag Distillery, as seen in the values expressed on the company’s charter, which include “reclaiming the distilling heritage of Donegal” by building a legacy “that the whole community are fiercely proud of.”

Resiliency, hospitality, courage and pride in being “seanachaí, story tellers that respect lore and build for the long term”, are also among their principles, which can be read fully on their website.

The project has received plenty of goodwill and numerous gestures of formal support including letters and emails from local businesses, TD’s, organisations, councilors and local councils, and as they thankfully express on their announcement, this is whay “has ultimately seen us through.”