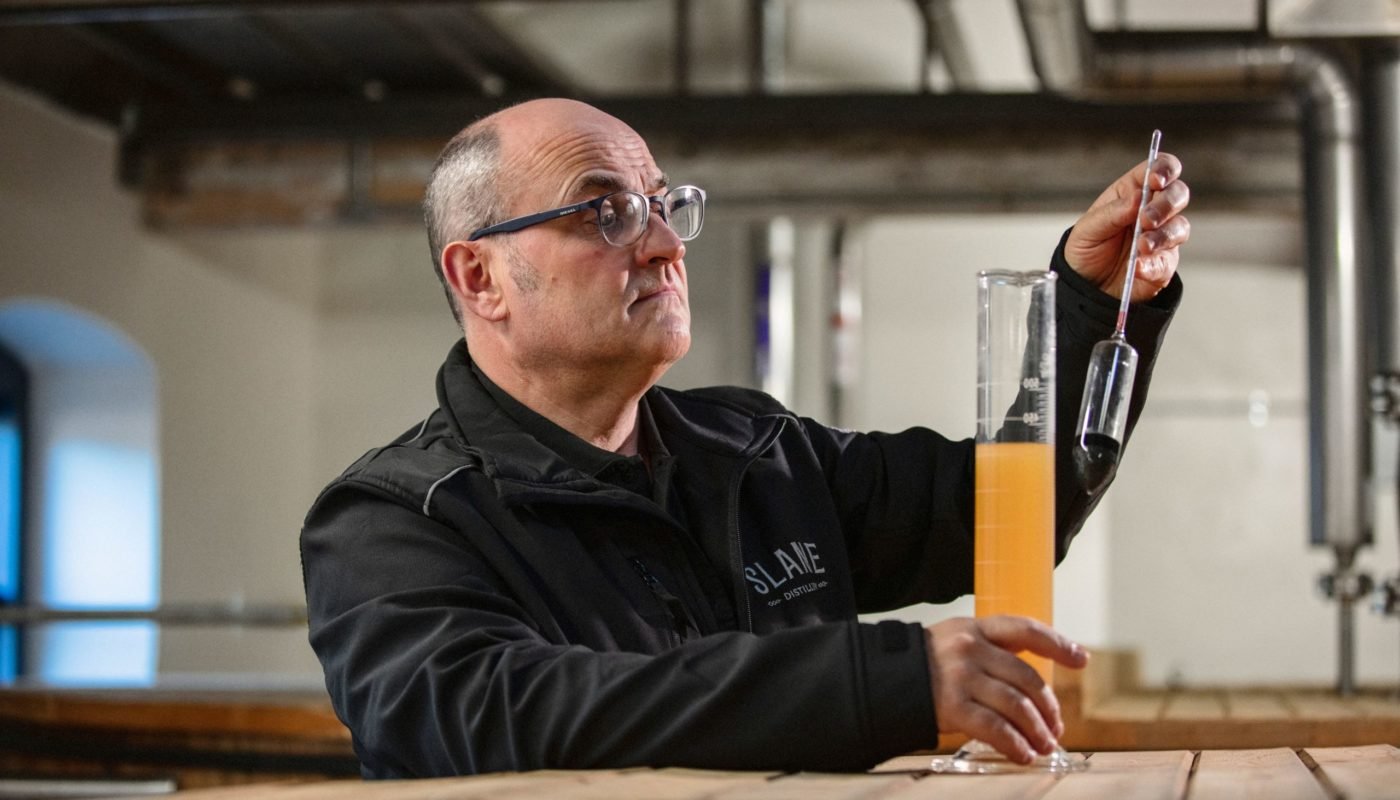 SLANE, COUNTY MEATH, IRE (1ST FEBRUARY, 2022) Dr Gearóid Cahill, Distillery Manager at Slane Irish Whiskey, has been awarded the prestigious Master Distiller qualification from the esteemed Institute of Brewing & Distilling (IBD) and been appointed Slane Distillery’s first Master Distiller. Gearóid will continue in his position as Distillery Manager, and this latest accolade now establishes him as one of only a few individuals in the international drinks industry today who has achieved the ranks of both qualified Master Distiller and experienced Master Brewer.

Originally from Westmeath, Gearóid joined the team at Slane Distillery in 2019 as Distillery Manager. From the very beginning he has worked closely with his colleagues at Brown-Forman and Slane Irish Whiskey to develop a production team, leading technical developments and optimising production across all three whiskey types – malt, pot still and grain whiskey. Gearóid has also been instrumental in driving improvements in water and energy usage within the distillery, increasing sustainability efforts throughout the whiskey making process.

Commenting on Gearóid’s recent achievement and new appointment, Alex Conyngham, co-founder of Slane Irish Whiskey said, ”since joining us to head up our production at Slane Distillery, Gearóid has strived to improve the quality and consistency of our spirit. He has embraced our dedication to flavour and the leadership, skill and vision that he has demonstrated in shaping both our current blend and future Irish whiskeys is inspiring. This latest accolade is hard earned and we are delighted for him to get the formal recognition he deserves.”

Gearóid has worked in the brewing and distilling industry for over 25 years. Starting in June 1996, he spent 19 years working with Diageo PLC in a variety of global technical roles, leading process and product improvements while developing and rolling out standards in brewing and distilling plants in Nigeria, Ghana, Kenya, Jamaica, the UK and Ireland. While also working with brands that included Guinness, Carlsberg, Harp, Tuborg and Smithwicks. As Head of Science for Diageo, from May 2011 to June 2015, Gearóid led the development of new production processes at James’s Gate with a €47m investment and oversaw fermentation optimisation in Diageo’s Nigerian breweries. This wealth of global trade knowledge and production expertise combined with a Ph.D. in Brewery Yeast Management from Dublin City University in 1999, elevated Gearóid to become a Master Brewer in 2003.

Gearóid joined Alltech Ireland in 2015, where he was Head Distiller of The Pearse Lyons Distillery and Alltech Director of Brewing Science responsible for all aspects of production including the process design for the state-of-the-art city centre distillery in a 12th century national monument, St. James’s Church. Gearóid also led the research and development programme at Alltech’s Research Centre in Dunboyne, County Meath, focusing on optimising operations for grain whiskey production using enzyme technology and novel process innovation. And from Alltech to Slane Distillery where Gearóid is based today in his new role as Distillery Manager and Master Distiller of Slane Irish Whiskey.