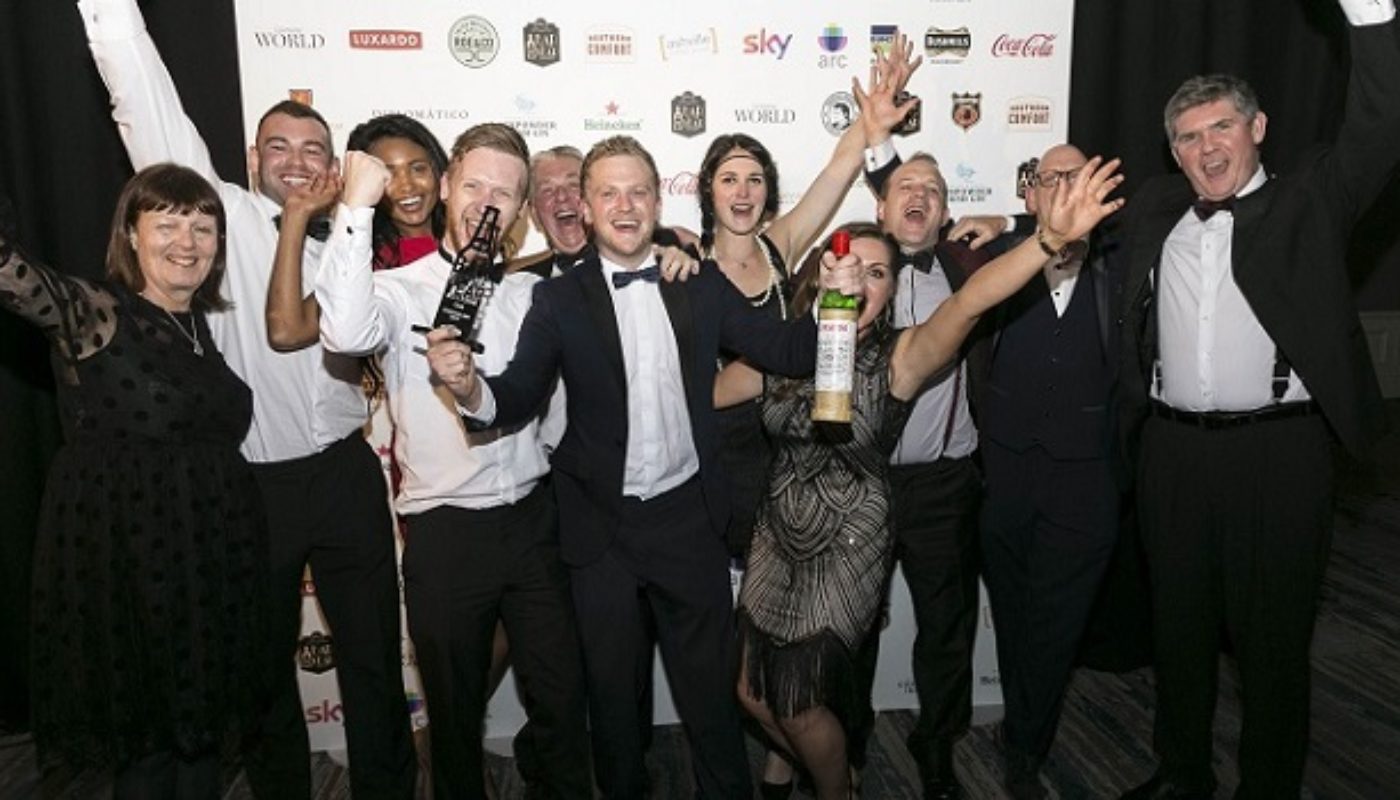 The Sky Bar of the Year Awards 2017 winners were revealed yesterday, 21st of August, at a ceremony hosted by Newstalk’s Tom Dunne in the Clayton Hotel on Burlington Road. The event, now on its 12th edition, gathered over 400 people who applauded excellence across the Irish licensed trade.

A carefully chosen team of judges selected the best venues in the country in different categories, taking into account factors such as service, quality of the drink and atmosphere.

The evening took guests back in time to Prohibition times with a roaring twenties inspired theme and entertainment by Film Fatale which included a three piece 1920s band, a burlesque show and Charleston dancers. Prohibition era cocktails complemented the experience.

Kilkenny’s Left Bank was honoured with the evening’s ultimate accolade, as it was named Sky Bar of the Year 2017. Other winners included Tribeton in the Gin Bar category and An Púcán, which took the People’s Choice Award.

Event Director, Tracey Carney said: “These days the perfect pint does not the bar make, it is a multitude of things from ambiance, customer service, to the overall experience. The diversity of categories and the quality of nominations received this year highlights that the licensing trade is thriving in Ireland, with no shortage of fantastic venues to enjoy the perfect tipple. The energy and atmosphere at the awards this evening is testament to the positive contribution our finalists are making in the licensing industry.”

Below, a gallery with images of the event, followed by the full list of winners…