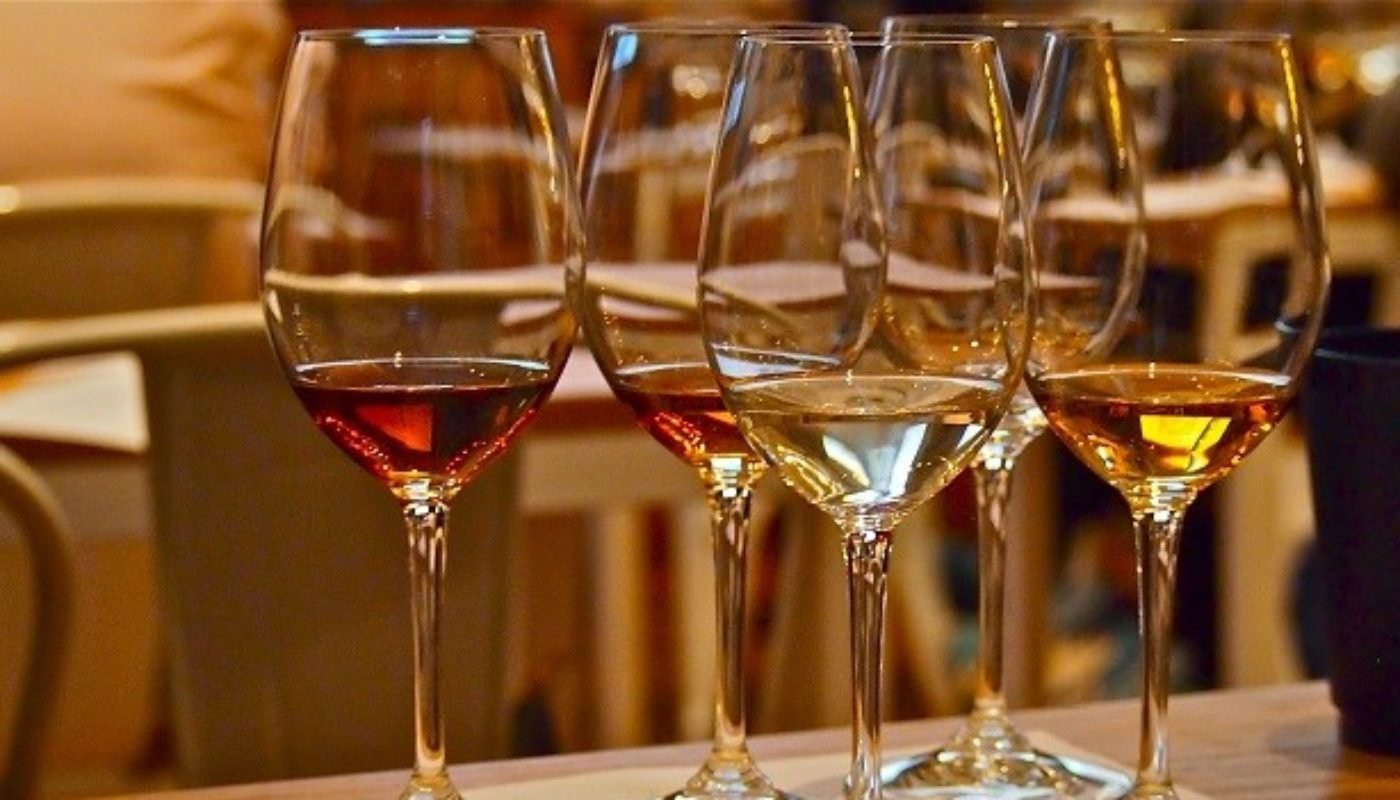 Home » Sherry – The New Cool Kid on the Wine Rack

Sherry – The New Cool Kid on the Wine Rack

Last week The Taste was invited to a Sherry Trail across Dublin City with Wines from Spain, the organisation responsible for promoting Spanish viniculture in Ireland. Established by the Spanish Foreign Trade Institute, Wines from Spain host tastings and events throughout the year to raise awareness of the different wine regions and styles that are available in Ireland.

Sherry has long been vilified and resigned to the back of the press but recently it has gained a bit of a trendy reputation in cities like London. Wines from Spain want to change the negative perceptions and show off its potential. For a sherry tasting you need a sherry expert and we were joined on the night by Paddy Murphy; wine expert, sherry lover and author of thevineinspiration.org.

We began our evening in the luxurious dining room of SMS Luna on Drury Street. Paddy started by expelling some of the usual sherry myths and associations and we were all a little surprised to see our first sample presented in a proper wine glass and not a small one. This is an important distinction as sherry is a wine that needs the room in a bigger glass to open up.

Our first pairing was a Cuttlefish Crudo, pig foot carpaccio, perri a limone with a pale Manzanilla called La Goya. I, like many others, was surprised to see such a pale sherry and Paddy explained that the ageing process determines the colour of the wine. This one had been aged under a layer of yeast called the Flor which protects the wine from oxygen. The pairing was great, the zesty lemon with the seafood was a lovely partner for the dry sherry which was light enough not to overpower any of the flavours. The second pairing consisted of a Duck leg Bolognese, liver mousse papardella, parmesan foam with a Monteagvdo Amontillado. This sherry was totally different, darker and smoother and was balanced really nicely by the rich meatiness in the dish.

So far the Sherry Trail had opened our eyes to variety and exciting food pairings. In Stanley’s Restaurant and Wine Bar we were treated to more. Stanley’s stock 14 different sherries and we got to sample one of the more unique products which is consistently blended and created in new ways. All sherries are a blend of young and old vintages and the Palo Cortado we sampled had an average age of 20 years. It was paired with a Pork Belly, choucroute and apricot dish. This was my favourite pairing so far, the sherry was smooth and full of sweet fruity flavours which went well with the pork and pickled flavours.

Our second pairing was a Foie Gras mie-cuit, clementines, gingerbread with the boldest of sherries, an Oloroso Seco ‘Vilapanes’. This was the darkest sherry we had tasted so far and gave a big boozy punch. I wasn’t convinced it was the best partner for the dish but others loved it so I suppose majority rules!

Our final destination of the evening was Ely Wine Bar on Ely Place, renowned for its exciting wines. We went back to pale sherries for our first tipple here, the golden Fino en Rama was perfect with a little dish of Pickled cockles and mussels, nasturtium & chive oil. The sharp vinegar taste was offset by the dry yeasty flavour of the sherry and both were quickly devoured.

The next sherry was another Amontillado but was miles away from the one we had tried in Luna. This one was sharp and nutty and I was not a fan… until I tried it with its food pairing. The Slow cooked Burren Organic Oxtail with caramelised milk skin and horseradish jus was lovely and rich, rolled up into an unusual wrap. The rich heartiness of the meat cut through all the strength of the sherry and together they balanced each other very well.

Our final treat of the night was Ely’s version of an affogato, Brown Bread Ice Cream with a Pedro Ximenez. This pairing would knock your socks off. This sherry is like a sweet viscous syrup that coats your mouth with lovely fruity notes. Its sweetness might have been too much for some people but it was right up my street and this was the best pairing of the night without a doubt.

Throughout the evening Paddy taught us a lot about the different varieties of sherry and how it is made and then aged. He wants to show the people of Ireland that there is more to wine than the usual suspects and food pairings are definitely the way to do that.

The sherries were elevated by the dishes they were paired with and I think I enjoyed them much more as a result. I’m not fully converted, as Paddy says it doesn’t pair with everything, but the Sherry Trail has opened my eyes to the possibilities for this evolving trend.

Sherry is definitely not something to have hiding in the back of the drinks cabinet, it is a varied and versatile drink that has lots of potential. Of course it always helps if you have some of the best food in the city to go with it!

These events by ‘Wines from Spain’ combine authentic culinary and wine experiences in Ireland and are a great way for people to embrace the Spanish culture and cuisine. Next up is the inaugural Spanish Wine Week, April 11th – 17th. Events include Tapas in the Cliff Townhouse, Sherry Pairings in Las Tapas de Lola, Wine Tasting with John Wilson in Whelehan’s, A Taste of the Mediterranean in L’Atititude, Cork with Leslie Williams, Wine and Tapas in The Gables, Foxrock, a Flamenco, Jerez & Iberico evening at the Cervantes Institute, an evening with Tomas Clancy in 64 Wine and a tasting in Ely CHQ with Ian Brosnan.

For more on Spanish Wine Week or Wines from Spain see winesfromspaininireland.wordpress.com or Twitter