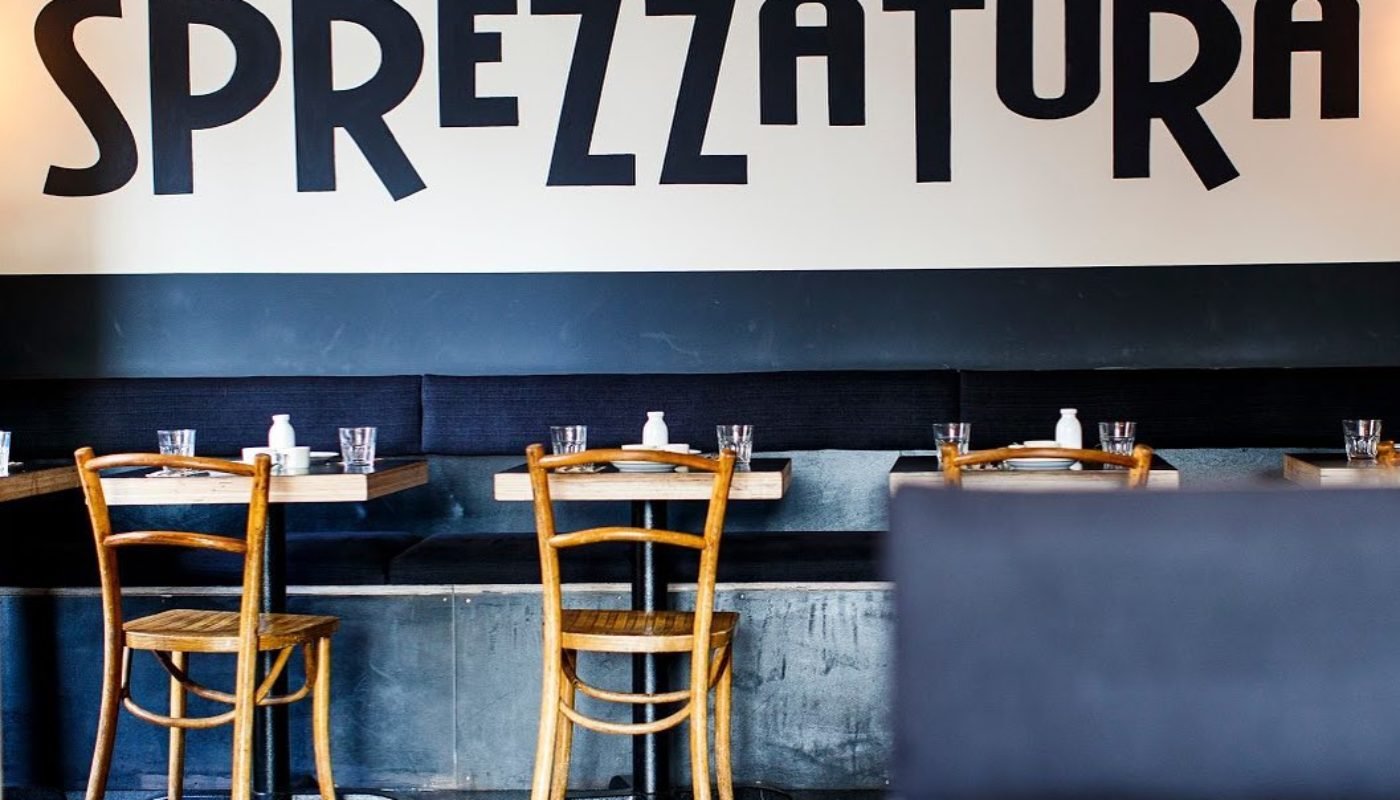 There are certain words that a language has that just don’t have an exact translation. Sprezzatura, for example, is not only the name of a restaurant which features Italian cuisine with Irish ingredients in Dublin 8, it means more or less to excel at something without appearing to be making any effort.

It was a term defined by Renaissance author Baldassare Castiglione as “a certain nonchalance, so as to conceal all art and make whatever one does or says appear to be without effort and almost without any thought about it.”

The concept is well embodied by the cosy and lively newcomer to the Dublin dining scene: its exposed light bulb lamps, brick wall and wine on tap suggest a thoroughly studied carelessness.

Sprezzatura makes the balance between Italian ideas and Irish produce feel casual and easy, but read between the lines of their homely black boards, and you’ll realise there’s a great deal of backstage work.

I visited Sprezzatura on a Thursday evening. My table for two was booked online, which I’d recommend as it gets quite busy (walk-ins are welcome too, although they might have to wait for their table).

There are two main areas in the venue: the left side or restaurant area is mostly tables for couples or small groups, and the right side or aperitivo area is a large table occupying most of the space and seating friends and strangers together.

There are no print menus, it’s all on the boards, and there are no mains or starters either. All the food arrives at the table when it’s ready.

On the drinks front, one defining feature of Sprezzatura is that all the wine, the beer and even the cocktails are on tap, thanks to the technology and drinks sourced from industry disrupter WineLab. In case you’re wondering, all the wines are vegan.

We began with a Vermouth Soda (€6) and a Sprezzatura lager (€3.95), which is made exclusively for them. It was suggested to us that we shared two or three small plates and ordered a portion of pasta each.

Another differentiating element of Sprezzatura was its value. The small plates were priced between €2.5 and €6.5, and not one of the pasta dishes was above €9.95.

We ordered a portion of rye sourdough from Tartine Bakery Dublin (€2.50), aubergine caponata (€4) and the Toons Bridge Stracciatella (€6,50). This Italian speciality combines shredded mozzarella with cream and olive oil, or in this case, Wicklow Rapeseed Oil.

Delicate and mild, it was made with cheese from West Cork’s Toons Bridge Dairy, who specializes in unpasteurised buffalo, sheep and cows milk in the Mediterranean tradition.

Other Irish suppliers whose names they proudly display across their wall include Sustainable Seafood Ireland, which provides them with seasonal and ethically sourced fresh fish and shellfish; non-alcoholic fermented drinks from King of Kefir, and top quality herbs and microgreens by Little Cress.

As the small plates returned empty to the kitchen, the pasta had just arrived. They feature seven different pasta varieties, all handmade and vegan, made with a traditional semolina recipe. For those looking for a gluten free option there is a buckwheat pasta as well.

I had the Tagliatelle with Wild Mushrooms (€9.95) and my guest had the Fettuccine with Prawns and Crab Bisque (€9.95).

The mushrooms were umami-packed and plentiful, mixed with a silky, creamy sauce that contrasted nicely with their earthiness. The seafood was tender and seasoned delicately to celebrate its freshness. In both cases the pasta itself was also on point.

Bonus point for leaving the Parmesan cheese on the table.

Along with the pasta, we tried two of their wines on tap: the white was a zesty and light Greganico (€6.5) and the red was a juicy and uncomplicated Beaujolais (€7.5). Served on gleaming stemless wine glasses, they added to the meticulously curated rustic vibe.

Before calling it a day, we decided to share a dessert. While the Chocolate Mouse was tempting, we ordered the Popcorn Panna Cotta (€3.5), which sounded a bit odd, but intriguing.

It arrived in a small ceramic cup, concealing the luscious layer of caramel that separated its popcorn cover from the creamy panna cotta. A hint of salt was the perfect complement for this quirky finishing touch to a lovely dinner.

There was another thing on the menu which caught our attention: a native Irish tree, which diners could buy in the evening, and which would be planted in Ireland as part of an innovative partnership between Sprezzatura and Mossy Earth, a company that helps other businesses and individuals to offset their carbon emissions.

Available at a cost of €6.75, said tree would join over one hundred already planted by the restaurant as part of its sustainability efforts. According to their estimates, one tree will cover two people dining out for a year. Once it’s planted, you’ll get a photo of the sapling and the GPS coordinates of the tree.

Sprezzatura’s website notes the restaurant does not profit from these trees. They’re also paperless and cashless, so expect no print receipts, you’ll get an email instead. And speaking of emails, they don’t have a phone number and manage all bookings online instead, a decision that any self-respecting phone-phobic millennial will appreciate.

Sprezzatura opens Monday to Saturday from 12 noon to 10pm and on Sundays until 8pm.

Sprezzatura feels both innovative and traditional, with a techie mindset and an artisan heart. Its “Ireland meets Italy” philosophy makes for lower carbon footprint and maximum freshness, its drinks on tap approach offers a no-notions approach to wine. It’s fun, affordable and tasty, ideal for a casual dinner with friends or a laid-back date. It feels effortlessly chill, indeed a picture of sprezzatura.

The bill came at €60.35, including two small plates, a portion of bread, two pasta dishes, four drinks and one dessert.