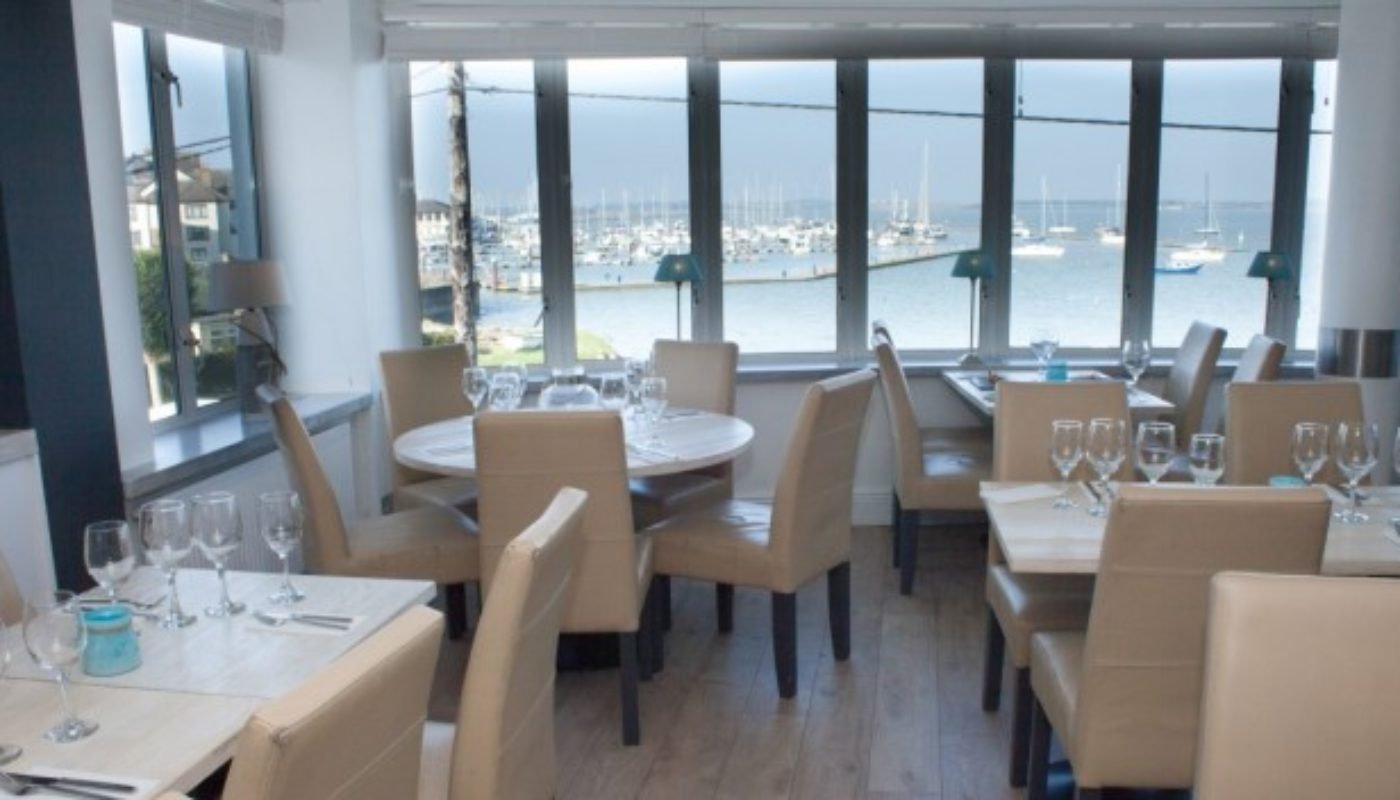 Very often when we write reviews a lot of thought and research goes into to selecting which venues we should be highlighting, however every now and again by chance we stumble across something that really surprises us. While strolling around the picturesque village of Malahide last Saturday we were debating where we should stop off for lunch and as is often the case in sunny Ireland the weather had a huge part to play in our decision making process. Unfortunately the heavens opened so we dashed into the nearest place we could find, an interesting spot called Nautilus.

As we walked up the stairs we were pleasantly surprised to find a beautifully designed, light and airy dining room. Named after a mollusc it’s only to be expected the design will have a nautical theme, but thankfully here it’s presented in a subtle fashion with lots of white washed woods and neutral colours. It was only when inside that we realised this was the same restaurant that had fallen victim to a serious fire in early 2015 which forced its closure for over six months. The renovation has led to a fresh venue with comfortable seating, muted hints of coral and a spectacular view of Malahide marina.

As we had one of our younger members of the clan with us, we were pleased to see kids are well catered for with a decent kidsize menu of freshly made produce for less than €8, the lunch menu served every weekend offers unreal value for money with 2 courses €16.95 or 3 courses €21.95. Local seafood plays an integral part of the menu but they cover most bases.

Head chef and co owner Alan Higgins has created an interesting menu, why no one is talking about the quality of the plates here was the biggest surprise for us. We started our tasting voyage with a cracking starter of Clonakilty Black Pudding Scotch Egg, expertly plated and cooked to perfection; each egg sat atop a delicate little pea and ham salad, simple Irish produce as its best. Our second starter was one of the specials that day, Cured Irish Salmon, cubed on a little sea of green made from avocado and lime puree which worked well but it was the superb crème fraîche sorbet which brought all the elements together. The unusual addition of charcoal flavoured spheres of potato were the only ingredient which cause a bit of debate at the table. The last time we sampled a really outstanding Spaghetti Nero was in a little neighbourhood spot in Rome called Siciliainbocca, thankfully Nautilus didn’t taint the memory as their offering definitely impressed. Hand made in house spaghetti stuffed with prawns, mussels and capers all enveloped in a mouthwateringly good prawn butter emulsion, we could have easily been dining in any of the best Italians such was the authenticity of the dish. Not to mistake Nautilus as a humble Italian joint our second main really showed the flair in Higgins skills as a chef. Another special on the day, one which we hope to see as a staple on the menu the next time we pop in, was the Roast Breast of Chicken with bacon crust. It is so rare in reviews you see chicken being talked about (often with good reason) as it can be such bland ingredient to work with. Not here this was creative, flavoursome and artfully presented. The sweetcorn variations were perfection, especially the sweetcorn emulsion, which could be a topping for our popcorn on our next Netflix and chill night in. We were pleased to see the option of a half bottle of William Fevre Chablis for €21.00, as it is so rare you see this on wine lists today and we didn’t need much arm twisting in ordering, it was a fantastic versatile pairing for all the dishes we enjoyed.

We finished lunch with a slice of Plum and Pistachio Cheesecake which was colourful, fluffy and light and was washed one of the best double espresso we’ve sampled in a a while. Service was friendly and attentive throughout, although it would be nice to see a bit more of a front of house presence. For a self taught chef the dishes in Nautilus were far beyond our expectations and are well worth a spin out to Malahide. Good food, good views and good prices, the perfect recipe for one of the best lunches you will sample in a while.

Our bill for three including two coffees came to €96.85

The is an Seaside Taste we would highly recommend.