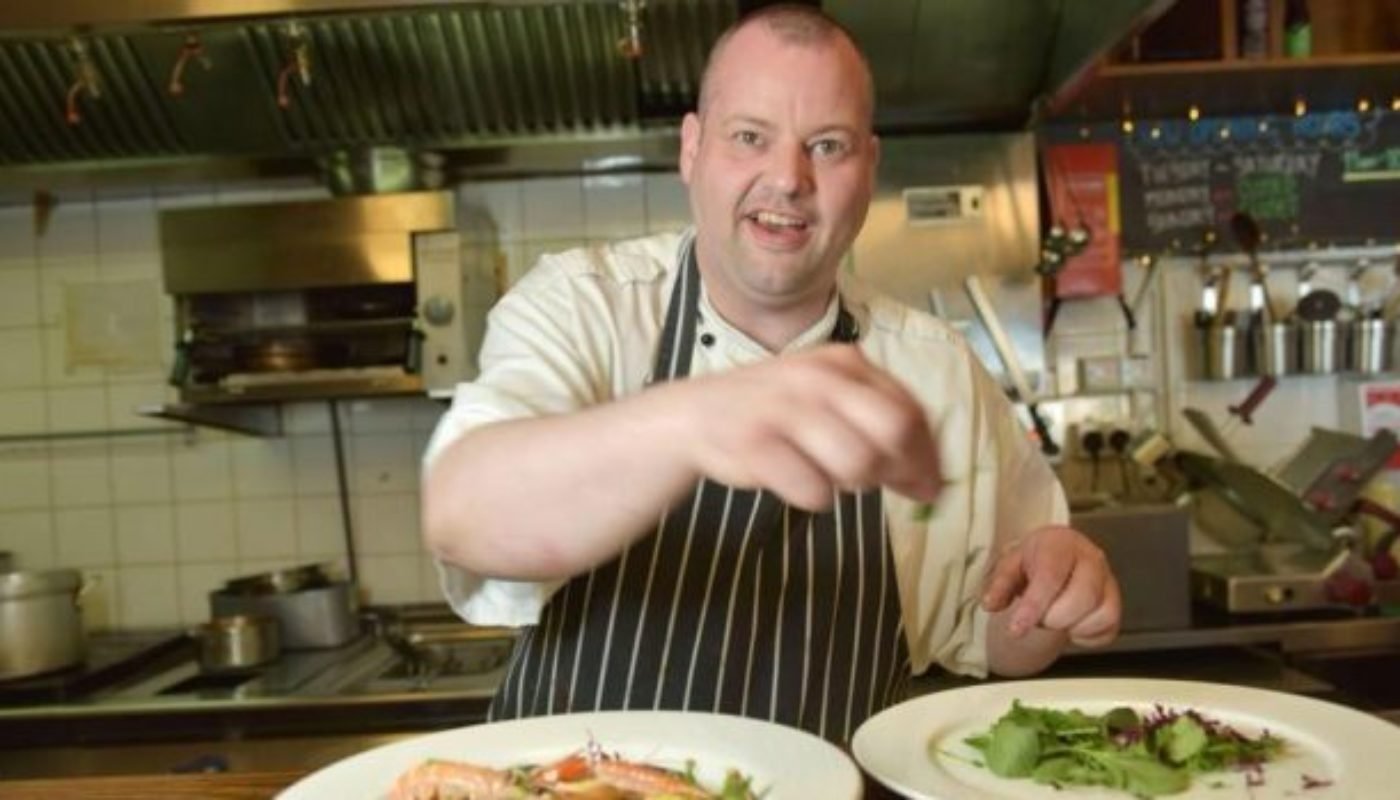 Changing a nation’s prerogative to seafood, evoking empathy and a connection to the Irish seas that has long been tarnished, Gareth Smith’s passion for seafood has become an advocacy that he won’t give up on.

Michael’s of Mount Merrion tops the list of most people’s favourite Dublin restaurants to eat, especially for its bountiful seafood menu. It is not surprising that it has such a reputation with Gareth Smith at the helm, as he is a man who has dedicated his career to his love of fresh Irish seafood.

“I didn’t realise how important seafood was in my cooking until I went to Vienna,” Gareth explained. “When I went there in 2008, I realised that I had taken for granted this amazing Irish seafood that we have. I went to Vienna just as the recession was kicking in, we knew there were bad times ahead and a friend of mine had a gastropub that he wanted to revamp. I went there for two weeks to help him with the menu and stayed for six years!”

Gareth’s career has been one highlight after another – including working in The Chart House in Dingle, Chapter One and Ely CHQ – but he has really come into his own and found a veritable stride with his style of cooking since taking over Michael’s.

“I had become a seafood chef without realising that that was my passion. It kind of grew on me naturally. I didn’t really realise it was my style, it just came very naturally, and when I went to Vienna and saw that fresh is not the norm, I truly appreciated what we have in Ireland. My cooking in Vienna wasn’t as happy as it is now… you could get fresh fish, but it was ridiculously priced.”

“It took me almost six months to build relationships with fishermen so I could buy straight from source. There is a tendency for fishermen not to deal with restaurants directly, so it takes time to establish these connections and to build the trust that goes with it. The purchasing of seafood can be very political, which has only really become clear to me in the last year. You’ll find that the best restaurants are often fighting for a few fish. When the fish is scarce, the chefs who care are trying to get the fish first. For example, the week of Storm Ophelia, the entire capital had five turbot; there was us, Niall Sabongi, Guilbauld’s and Chapter One trying to buy them. It was crazy!” “The thing is we have based our entire ethos on fresh fish, so when the fish is scarce you really have to fight to get it and that’s where the personal relationships with fishermen comes in. Off the whole of Lambay Island this week, they caught 30 kilos of crab. We were the only restaurant in Ireland this week to have them because the relationship is there between us.”

Of course Gareth’s, and other restaurants with similar ethos’, is admirable, but it calls into question what seafood is being used for others and what quality it is.

“The fish suppliers will always have the generic stuff, such as cod and hake. It wouldn’t necessarily be Irish; that’s the run of the mill stuff and some chefs don’t care too much where the sourcing comes from and it gets churned out. When we’re buying a prime Irish, wild fish it is way trickier. I have been on to Kish Fish just today trying to figure out what we can serve today and tomorrow. Today, we didn’t know precisely what we were going to be serving until 11.15am. That’s how fresh our seafood is.” “The way that I see it is if I put all of my effort into purchasing then it makes the cooking a lot handier because when you are dealing with such fresh product, you just work out five or six different garnishes to go with it and then just cook and serve simply. In fact, 90% of our seafood is just served very naturally. The fish is so fab; we just let the taste speak for itself.”

Gareth, who fully admits to growing up on convenience food for which he blames his “bad eating habits,” is determined to ensure he does his part to try to change the opinions of as many Irish people as possible and get more people, and children, eating quality Irish seafood.

“A big thing for us is Seafood September… For the month of September we give kids seafood for free when they dine with us throughout the month. We did it last year as well as it worked really well. It does cost us to do it, but we get such good will throughout the year that we just want to give back and also try and do something good by getting more kids to eat seafood.”

“I was determined to make sure I didn’t pass my bad eating habits onto my kids. It’s a thing that’s close to my heart and if Seafood September costs us a bit of money then so be it.”

“This year, however, we are so thrilled to have Kish Fish sponsoring Seafood September, so that really helps us out a lot as they will contribute some of the fish. Kish Fish are such a great supplier and amazing to deal with. There is a lady that works there called Dee and she is such a trooper! She takes maybe 5-6 calls from me a day sometimes and she’s very patient and works so hard to get us the best Irish wild fish. She often wakes at 5am to get my order and I can’t explain how appreciative I am for that and her dedication.”

“Stephen Farren has also been amazing to us and he was the one who gave up a few days to take the kids out on fishing trips,” commented Gareth. “It was terrifying and daunting to take children out on a working boat, then across to Drummond House and Ballymakenny Farm and back to the kitchen where they were handling live lobsters and crabs, not to mention knives! I was absolutely terrified about that, but it worked out so well in the end. The kids started off the day very squeamish and almost scared to touch a crab and by the end of the day, they weren’t at all, in fact there was a girl eating lobster livers and crab brains. They loved it!”

“We did four events like this and we were planning a fifth one, but the fishermen have had a tough year between the storm and heat wave and I couldn’t in good consciousness ask them to lose a day fishing to take the kids out. For the moment we have postponed the last day and I am hoping that we can do it again in September, but we’ll see how the fishing is between now and then.”

Changing prerogatives to seafood isn’t just about getting children to eat more seafood, it starts with the parents, as Gareth has noticed: “I know that from doing Seafood September and the fishing trips we did, it has changed how kids look at food. Once we convince kids to eat seafood, then we start to see the parents following suit. There was one family in particular I remember, who the mum refused point blank to eat fish. We convinced her kids and now when they come she goes straight for the seafood too!”

“I love seafood and I won’t stop promoting it. I enjoy having the buzz with Niall Sabongi from Klaw and other people in the industry who are promoting seafood too. The more people eating fish, the better for us all! End of story.”