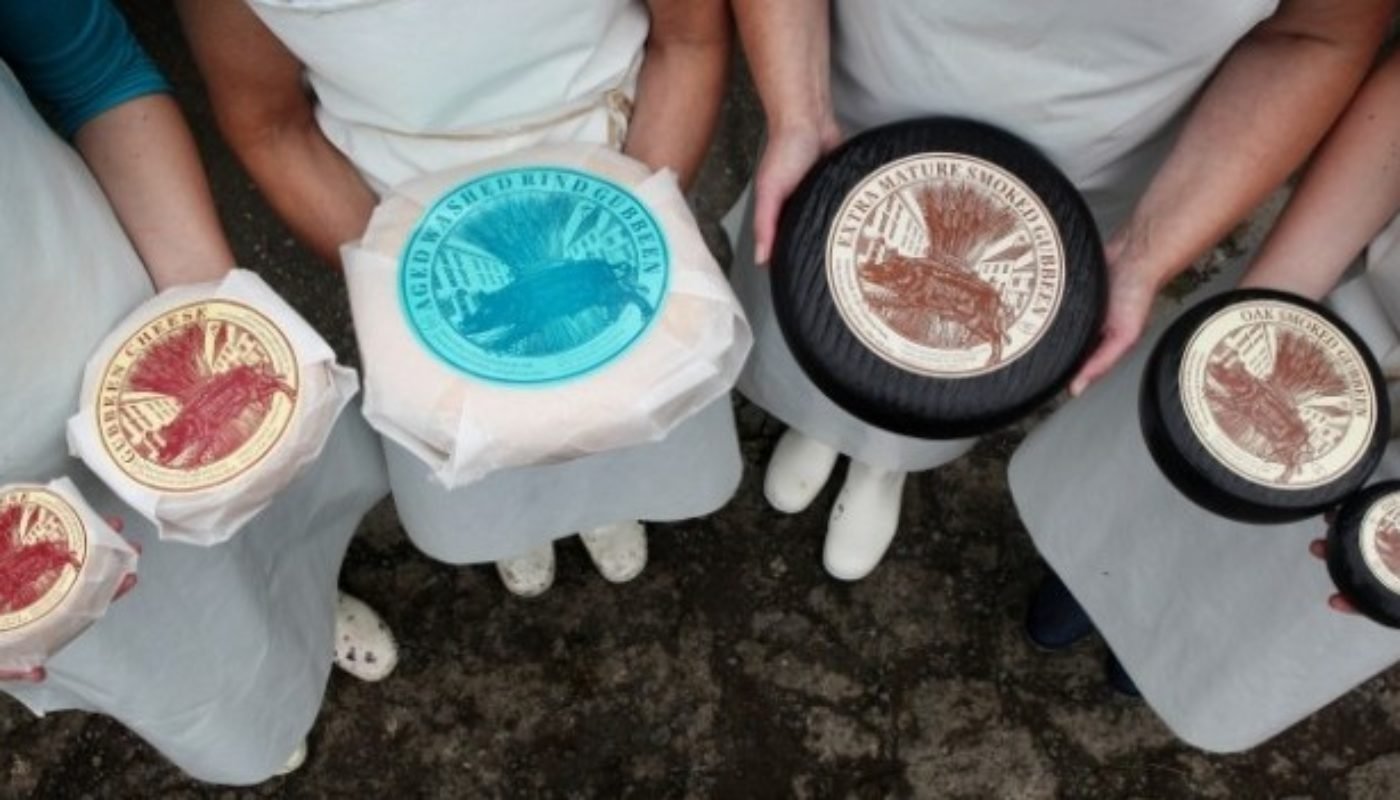 From a patch of rugged terrain on the most south-westerly tip of Ireland, with the Atlantic Ocean whipping at their pastures and the Fastnet Lighthouse blinking in the distance, there is a coastal farm where traditional values are still a way of life; the land provides the grass for a herd of cows, their milk is made into cheese, the whey is fed to pigs and other animals, and the gardens produce herbs that add a vital flavour to homemade cured meats. I spoke to Fingal Ferguson, the sixth generation of Fergusons at Gubbeen Farm, about how an ethos rooted in traditional skills, family values and their Irish-Spanish heritage has put these artisan producers at the forefront of the new modern Irish food culture.

In a county full of artisan producers, located about a mile outside the fishing village of Schull, Gubbeen has become one of the best-known artisan food producers in Ireland. Tom Ferguson, Fingal’s father, inherited Gubbeen in the early ’70s and with his wife Giana, of Anglo-Hungarian heritage and Spanish upbringing, began producing one of the earliest farmhouse cheeses in Ireland.

Fingal says his parents started small, making cheese for the family, “then neighbours would come and ask to buy one or two, this then turned into a tiny dairy, making perhaps 12 cheeses a week. It was once the farmer’s markets began that the whole business took off and demand became fast and nationwide“. From these humble beginnings, their cheeses have become a tabletop favourite, have won multiple awards and now appear on menus all over the world.

The secret of Gubbeen’s flavour lies in the interaction of the milk from their carefully nurtured ‘cheese-makers’ herd and the traditional ‘wash rind’ technique that promotes a unique strain of bacteria. “The rind bacteria come from the daily washing with salt and sometimes wine, this allows unique flora to grow on the rinds. When microbiologists looked at this flora they discovered unnamed varieties which clearly are the source of our unique flavours and named them gubbeenenses“, Fingal explains. Sweet and mild in flavour, Gubbeen cheese itself is as much a living, breathing member of the family as Fingal himself.

“My Mother’s wonderful bohemian family plus the honest traditional Irish background of my father’s side have merged“, says Fingal of the rich culinary heritage at Gubbeen,  where life has always centered around the kitchen table.

“It’s the focal point for all that happens in Gubbeen, the babble of people talking over each other, laughing. It was normal to finish lunch and plan what was for dinner, discussing what was in the freezer for defrosting or what had ripened that day or a trip to the garden to pick the greens. The Aga in the kitchen always has a slow cooking dish in winter.”

Taking inspiration from local man Chris Jepson, who had smoked Gubbeen cheese for years, Fingal built his own smokehouse and since has literally carved out his own niche within the family brand as a respected smoked meat producer. After 15 years , through the combination of the bold flavours of his Spanish heritage and the quality pork from pigs raised on the farm, Fingal’s smokehouse products are as synonymous with Gubbeen as their cheeses. Though he is humble about his successes,

“I am largely self-taught and with that comes mistakes and imperfections, that in part has been the adventure. I remember my Dad, after his third pint of water discussing the saltiness of the last batch of bacon, or the inconsistency of the early salamis!”

Fingal also has a side-line handcrafting unique, beautiful knives for famous chefs using beautiful woods and metals, “I love knives in the way anybody appreciates the tools of their trade, a knife is a thing of logic and versatility, everyone has their own favourite knife“, says Fingal, who describes the art of knife making as “a combination or brute force and perfection“. “I have a ‘man cave’ of sorts, a bolt-hole, somewhere I can be alone and create something beautiful“, he adds.

Nothing is wasted at Gubeen and there is a strong relationship between the smokehouse, the farm and the garden. From her acre of garden, Fingal’s sister Clovisee grows bio-dynamically the herbs that are the key flavours in Fingal’s cures. “For the smokehouse to be able to walk around the corner and pick the fresh rosemary, sage, thyme is amazing, and she will always have salami and chorizo as payment“, says Fingal. She also grows leaves and vegetables, feeding the family and supplying local restaurants and cafes, with all the surplus going to the local farmers markets.

Fingal insists his involvement in the family business was never a forgone conclusion, though admits the call to Gubben was always strong, “I got my travels and time abroad after my years in boarding school as a kid, and it would always make my heart beat faster as I edged home to Gubbeen after a stint away“.

“I love working with my family, we are all quite different but always seem to agree. We still meet around the kitchen table and keep the ball rolling!”

Now a father of four, Fingal has hopes one of his boys too will join the family business. Either way, he has plans to maintain the ‘family principle of child labour’. “There will always be stones to pick in the ploughed fields, cheese moulds to clean, and animals that need to be moved from field to field“, he laughs.

Fingal’s inherited passion for the product is striking when asked to chose his favourite from their 50 plus strong range. “I love the Mature Smoked Gubbeen a ripe rind-washed gubbeen, my pancetta sliced wafer thin, our new moulded tuscano, the fresh chorizo, the smoked streaky and whatever new sausage we are making“, he gushes. “We have a new hot smoker coming soon and that will probably mean 50 more products“, he adds.

So renowned and respected are these products in the food world, that in 2014 Giana released a book ‘Gubbeen – The Story of a Working Farm and its Foods‘, providing an insight into the running of their traditional farm.

On the Gubbeen website there’s a quote from Randolph Hodgson, founder of the famous Neal’s Yard Dairy in London, on starting a cheese-making business; “no, I never had a business plan, if there had been one, we’d never have done it”. Fingal concurs, “in the early days it was cheese quality only that drove us, if we had looked at it as a business we would never have started a small farm dairy in the ’80s“.

In a time where authenticity is the the most significant but an increasingly rare ingredient in food, it was the choice to put quality food, family and time honoured traditions first that continues to set Gubbeen apart.