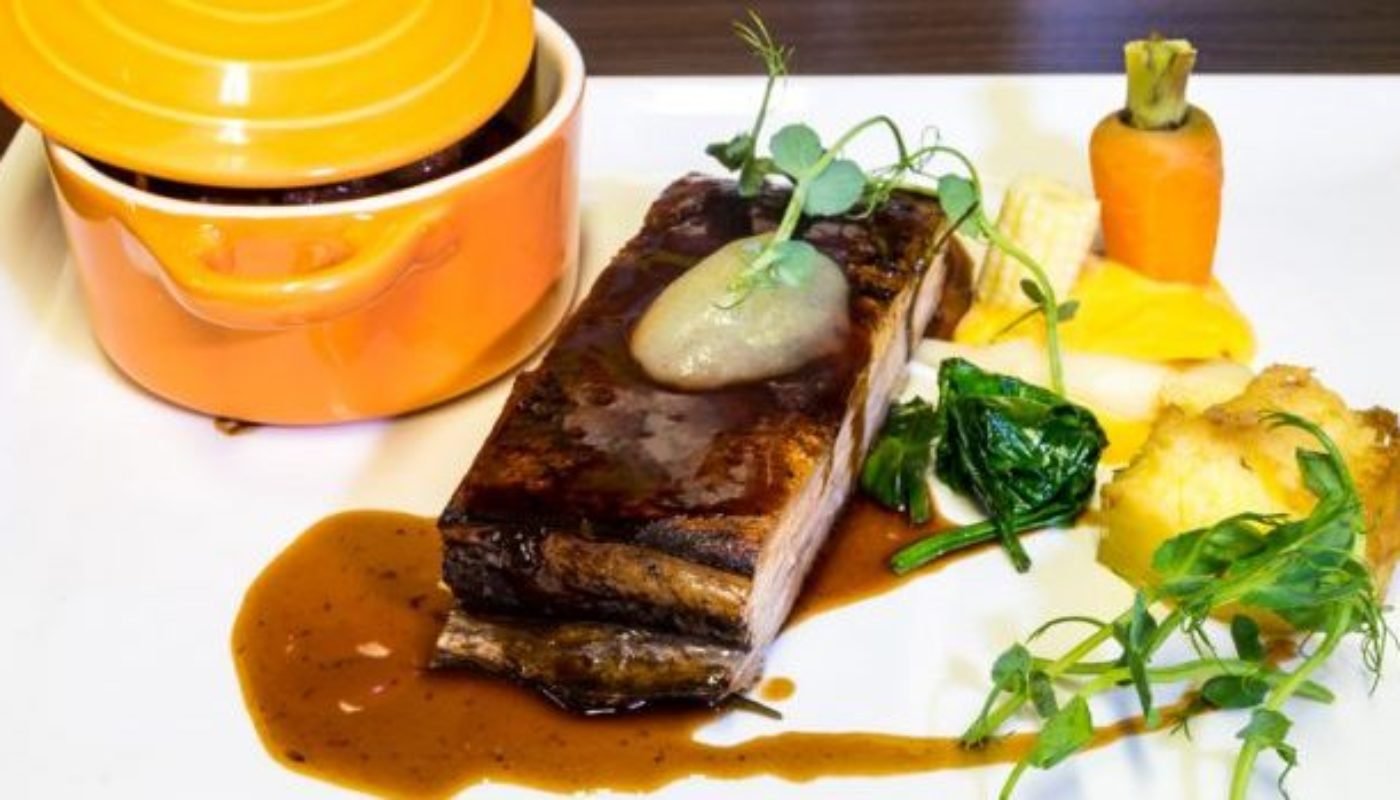 Cooking with Wisdom in the West – Sage Westport Restaurant Review

It’s impossible not to fall in love with Westport with its quaint meandering streets and brightly coloured shop fronts. Westport is also renowned for the quality of its restaurants many of which, given the town’s proximity to the coast, specialise in seafood. One restaurant that I have been meaning to visit for quite a while is Sage which is located on the aptly named High Street on a steep hill overlooking the town.

Tuesday is a notoriously ‘slow’ day in the trade and even many city-based restaurants struggle to tempt people through their doors so I was surprised to see that Sage was thronged with diners when I arrived for my 8 o’clock booking. I had heard that it was a popular spot and the lively atmosphere and happy chatter of the patrons seemed to back this up.

Sage has been in existence for a number of years. Formerly an Italian restaurant, it was taken over by Chef Shteryo Yurukov and his front-of-house partner Eva Ivanova in 2013. Originally from Bulgaria, the pair worked in the West of Ireland for a number of years most notably in the nearby An Port Mór – a popular restaurant owned and run by chef Frankie Mallon.

The dining room in Sage is compact but decorated in a soothing tones of pale green and cream. Simply dressed tables and clever use of the available space prevent the room from feeling cramped whilst diffused lighting and wooden screens add to the overall intimate feel of the room.

Joining me for the meal was an old school friend. Once settled at our table we both ordered a house cocktail each – Hendricks Gin & Cucumber with Elderflower Tonic (€7.50) and decided on what to choose from the extensive and interesting menu which, although influenced by other cuisines, still manages to feel very Irish. The first thing that is notable about the food on offer in Sage is that the kitchen prides itself on using produce from local suppliers where possible with beef and lamb sourced from leading Westport butcher Séamus Hawkshaw, fish from Achill and poultry from The Friendly Farmer in Athenry. There are daily blackboard specials in additions to the dishes listed on the menu and with both agreed that there was definitely something to suit even the fussiest eater.

After nibbling on some of the flavoursome homemade breads which came served with sun-dried tomato tapenade, butter and olives our starters arrived. My choice of Friendly Farmer Confit Chicken and Crab Cakes in Panko and Pumpkin Crust (€9) was a well-executed dish where every element tasted distinctly of itself but married well with the other ingredients on the plate. The golf-ball sized chicken and crab cakes had a wonderfully crispy exterior giving way to a moist centre which thankfully hadn’t been ‘bulked’ out by the inclusion of potato. As such they were surprisingly light to eat. They were served with a delicately smoked yoghurt and a sweet but spicy mango chutney. By way of contrast, my companion’s Andarl Farm Black Pudding parfait with Granny Smith and Pain D’Epice (€9) was a rich and luxurious but similarly well-balanced dish. In many ways this was an Irish interpretation of a classic foie gras parfait with brioche and we both really enjoyed it. The black pudding parfait was velvety smooth and nicely complemented by the almost bittersweet tones of the accompanying brown soda treacle bread. Unfortunately the Rabbit, Black Pudding , Apricots (€24.50) was no longer available from the specials board so intrigued by the Asian flavours it included, I plumped for the Halibut,Lobster,Ginger & Lemongrass (€26) instead. Although I love lobster, I find that it is often overcooked and a little on the chewy side. However, halibut is a firm favourite of mine so I decided to risk it and I was not disappointed as this was one of the most enjoyable lobster dishes that I have ever eaten.

I particularly liked the chef’s light touch with the ginger and lemongrass which had been used in the accompanying creamy sauce as it served to emphasize the sweet minerality of the seafood without overpowering its unique flavour. This was an outstanding plate of food. A very different but equally successful dish was my companion’s choice of Friendly Farmer Free-Range Chicken (€19). The succulent pan-roasted chicken was served with a mushroom, onion and black olive stuffing and a moreish mushroom sauce which included some piquant chopped gherkins which cut through the overall richness of the dish. Both mains were served with steamed vegetables and a bowl of delicious roast potatoes on the side. Portions are generous in Sage but we felt that we should at the very least ‘look’ at the dessert menu. Needless to say, once we read the descriptions of the dishes resistance was futile and we both decided to order one apiece. All the desserts in Sage are homemade and as we soon found out are every bit as accomplished as the rest of the food on offer.

As a passionate lemon lover, I immediately settled on the Lemon Meringue Tart with Vanilla Ice-Cream (€6.50) which was a simple but fairly classic interpretation of this ubiquitous dish possessing a perfect balance between the sweetness of the meringue and the sourness of the lemons. The accompanying vanilla ice-cream was also very good. An Orange, Vanilla & Pistachio Baklava with Pistachio Ice-Cream (€6.50) had my companion grinning like a simpleton with every bite that she took. I’m a huge fan of this Middle Eastern offering where nuts are packed between crisp layers of filo pastry which are then drenched in a sweet syrup after baking. This was an excellent version. Our meal finished with a lovely selection of Petits Fours which included some chocolate fudge, a hazelnut shortbread biscuit, fruit jelly and amaretti biscuit.

Sage is somewhere that I would recommend without hesitation. The cooking is quietly creative and carried out with a true respect for the ingredients used. There are no unnecessary pretensions. Dishes are reasonably priced and service is friendly and efficient. Put simply, Sage is yet another good reason to visit Westport. 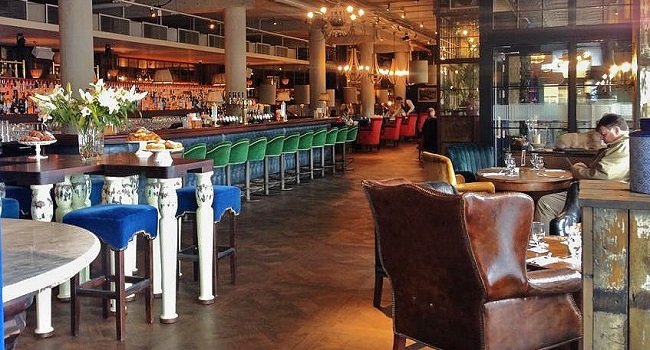 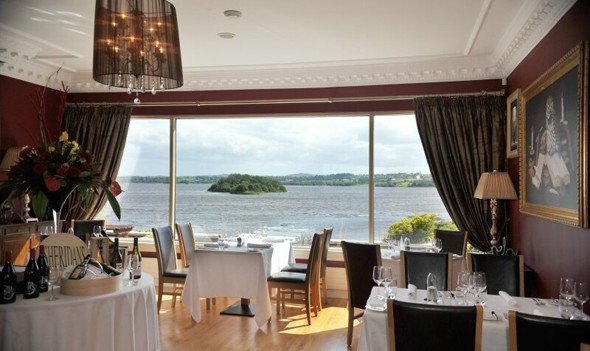 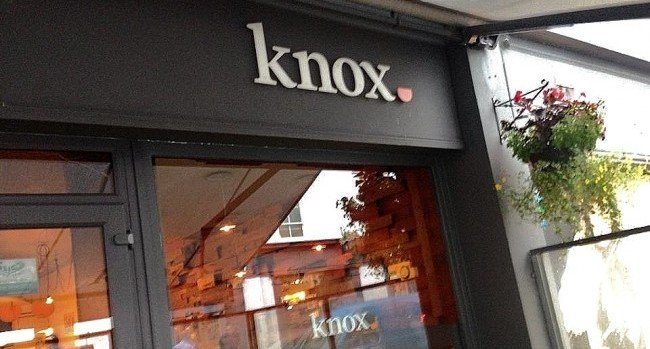 A Restaurant that Knox Your Socks Off – Knox Review