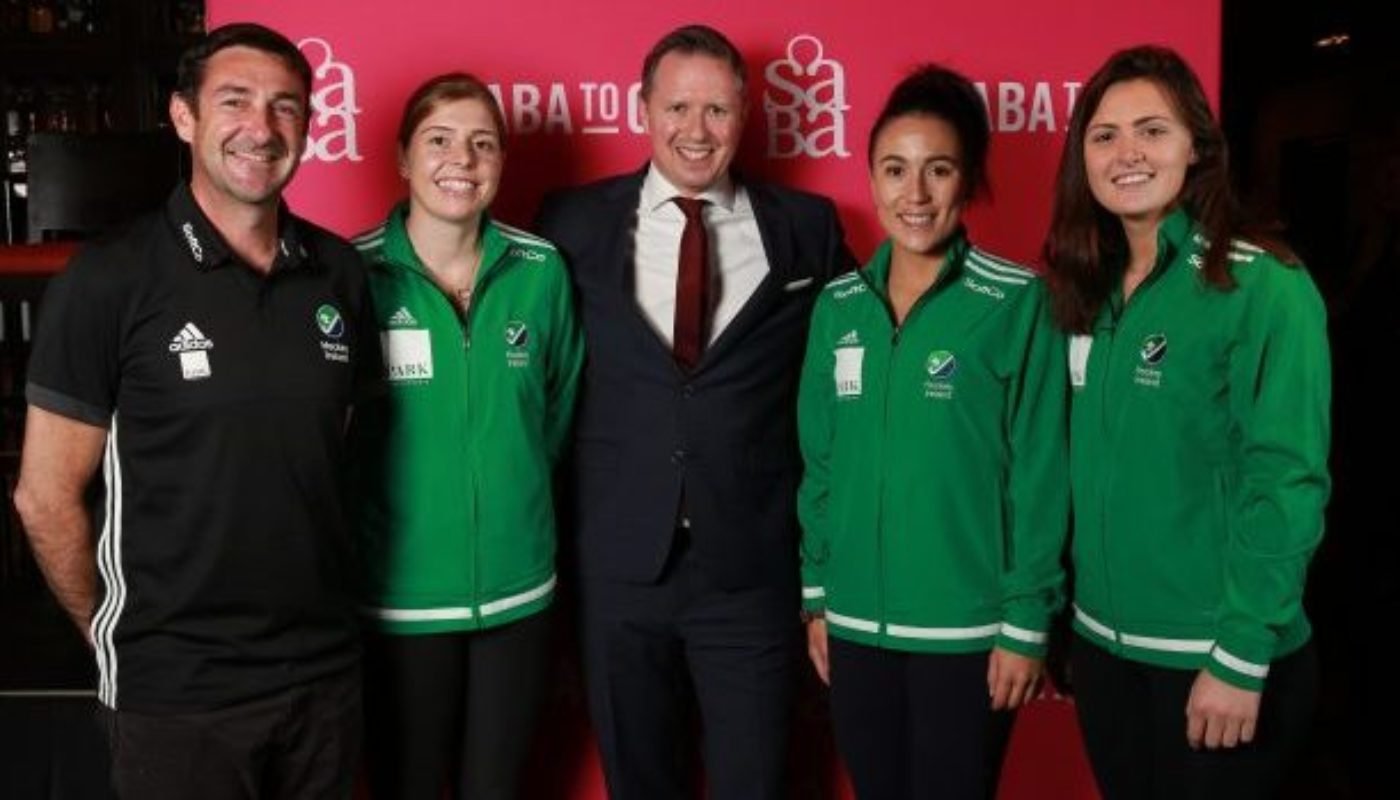 Official Hockey Ireland partner Saba restaurants hosted a lunch to support the Irish Senior Women’s Hockey Team on their quest for Olympic qualification. The team play Canada in their upcoming Olympic Qualifier decider in Energia Park, Donnybrook on the 2nd and 3rd November. Saba Restaurants and Saba To Go are an Official Partner to Irish Senior Women’s Hockey team. Saba work with Hockey Ireland’s nutritionist, performance coach and management team to provide the perfect meals and nutrition for the players. Saba has been fueling the team at their training sessions and games in Ireland as they prepare for upcoming games and qualification for the Olympics in Tokyo 2020. The Irish Women’s Hockey team, backroom team and management attended the event, as well as Saba customers, which was held in honour of this inspirational group. The lunch was preceded by a Q&A session hosted by journalist, author and radio presenter Matt Cooper. Matt interviewed Head Coach Sean Dancer on the preparation for the upcoming Olympic qualifiers and the important role good nutrition plays in sport, “Having Saba as an official partner is critical to our preparation as it ensures we get healthy and nutritious fuel to the team during their training and match preparation. Saba’s partnership has really helped us as we seek to gain those 1% margins.”

Players at the lunch discussed how their preparation was going and how focused they are on the upcoming matches. The optimism and belief in the room was palpable as the team reiterated their goal of reaching the Olympics. They also love Saba food, as top goal scorer Anna O’Flanagan said “we really look forward to our Saba meals after training as not only is it a reward for our hard work, but it is delicious, nutritious and it helps us with our recovery.” The CEO of Hockey Ireland; Jerome Pels said “I would like to thank Saba for all their support, the partnership has been a key success factor in the preparation for the team. Knowing the team is being provided with quality and nutritious food regularly is invaluable.”

Paul Cadden, owner of Saba said: “We are delighted to be Official Partners of the Irish Women’s Hockey Team. They are an incredibly committed and inspirational group of players and we are thrilled to be fueling and nourishing them on the road to Olympic qualification. Today’s lunch is all about thanking the team for their incredible dedication and commitment to their sport and giving us so many memories with even more to come.”

Saba will also be catering in the fan-zone at the upcoming Olympic Qualifiers on the 2nd and 3rd of November in Donnybrook which will be a fantastic sporting spectacle under lights. Tickets are still available to the nearly sold out event. You can find out more at www.hockey.ie