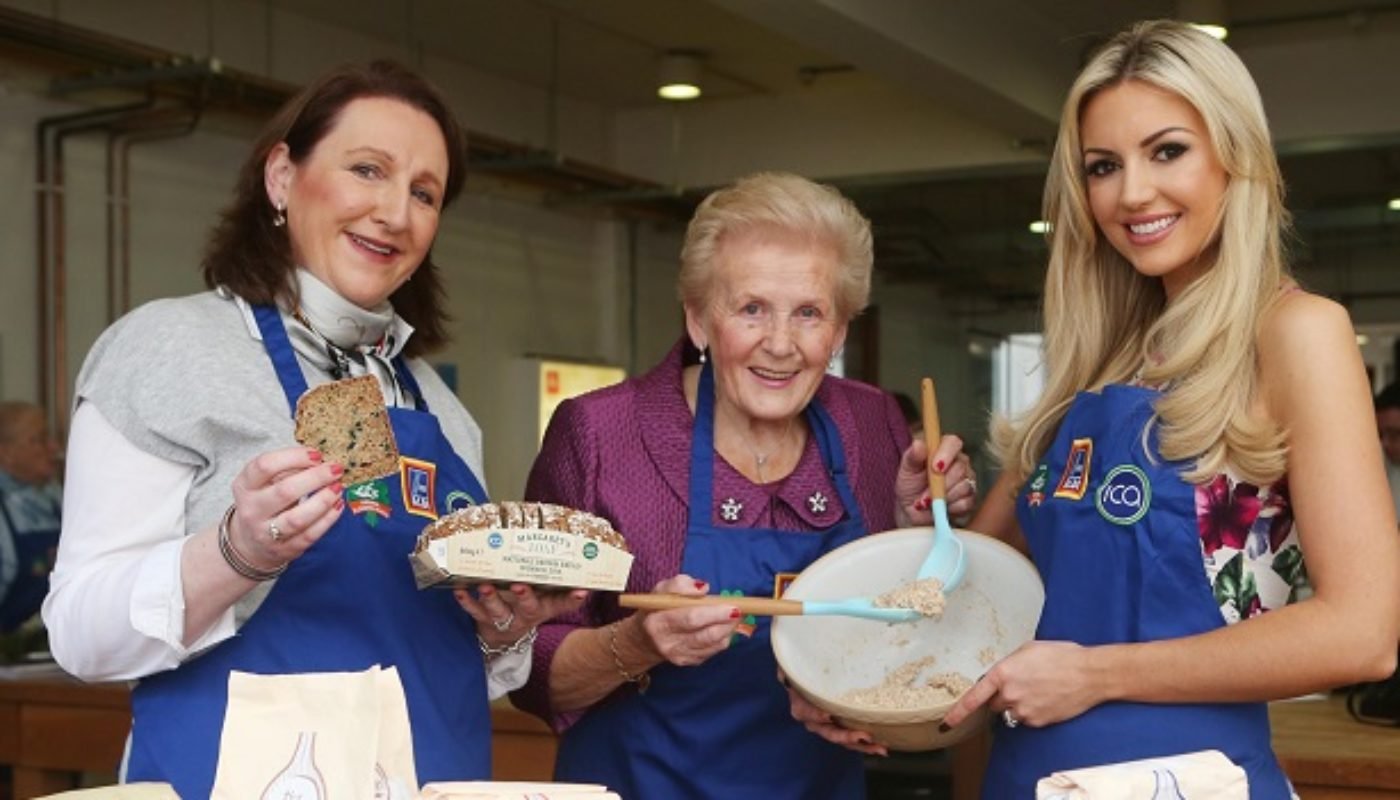 The competition offers entrants the chance to have their signature loaf feature in all of Aldi’s 124 stores nationwide and receive a share in the profits worth at least €10,000. Runners up will receive up to €1000 worth of Aldi vouchers.

Last year’s final was held in the Aldi Marquee at the National Ploughing Championships and winner Margaret Sexton commented on her win, “I was absolutely thrilled to have won last year, I was up against some of the best. The competition was great fun and I met some wonderful people along the way. I’ve been on cloud 9 ever since! It is a great achievement for me seeing my bread, ‘Margaret’s Loaf’ on the shelves of Aldi stores nationwide. The very best of luck to everyone taking part this year.”

Former Miss World Rosanna Davison has decided to enter this year and see if her brown bread will make the cut. “I am competing in the Wicklow Federation heat in June and really looking forward to it!” she said.

Group Buying Director, Finbar McCarthy said, “At Aldi, we are a proud supporter of Irish suppliers so we are delighted to sponsor The National Brown Bread Baking Competition for the third year in a row, celebrating something as quintessentially Irish as brown bread. ‘Margaret’s Loaf’ has proven a hit with our customers, and we hope the winner this year will achieve the same success with their brown bread. At Aldi, we sell a range of great value baking essentials in our 124 stores nationwide so consumers can stock their pantries and make home baked goods all year round.”

The National Brown Bread Baking Competition qualifying rounds will be held nationally through the ICA, with the Regional Finals taking place at An Grianán, ICA Adult Education Centre on Thursday 4th August. The National Semi Finals and Final will be held from 20th to 22nd September at the Aldi Marquee during the 2016 National Ploughing Championships in the new location of Tullamore, Co. Offaly.

If you think you have the recipe for success, log onto www.aldi.ie www.npa.ie or www.ica.ie for information on how to enter and further details about the county finals.