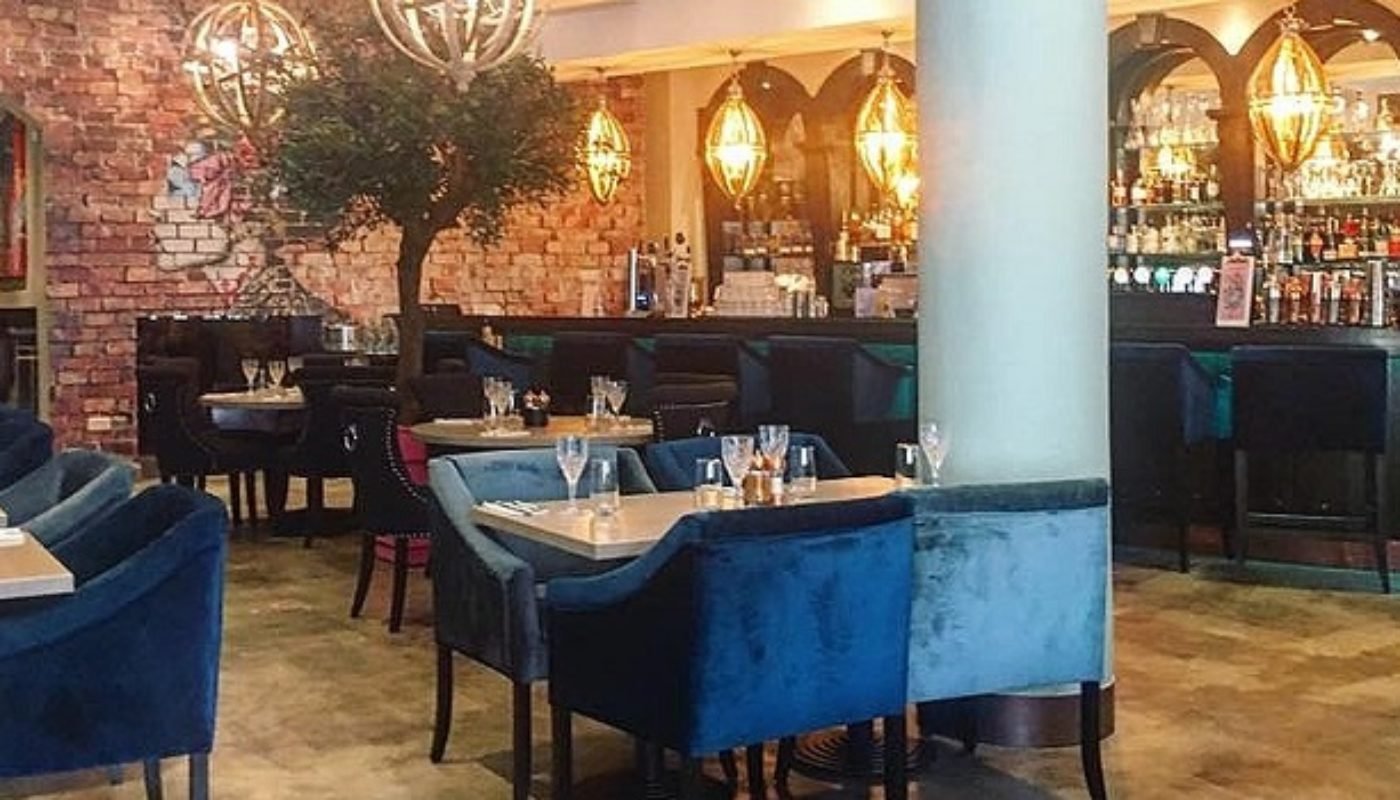 Salthill has always had a special place in my heart. I fondly recall fantastic holidays there when I was a child during which my brother and I enjoyed fish and chip dinners, seaside games and walks along the promenade.

Truth-be-told we also parted with a lot of the cash we had been given before we left by our indulgent aunts on ice-cream, fizzy drinks and playing in the amusement arcades. They were some of the best holidays that we ever had. Even now, I always feel a childlike sense of excitement when I visit Salthill.

A lot of things have changed since then. Many of the shops are different and there are new hotels and restaurants. However, while time marches on the essential character of this seaside village, which is just a few kilometres from the centre of Galway City, remains the same.

One of the village’s newest venues is Salt Bar & Restaurant which is located near the promenade with beautiful views of Galway Bay. The restaurant serves lunch, dinner and light bites and boasts one of the most interesting cocktail lists that I have come across in a long time. Salt also offers a large range of craft beers and a wine list which has something to suit most tastes.

We arrived early on a Wednesday evening. Rush hour traffic had been heavy in the city centre so we were delighted to nab a parking space directly outside the restaurant. Salt has an attractive and welcoming facade and is decorated in pastel shades of pale blue and green.

A quartet of brightly coloured wooden benches provide some outside seating and are the perfect place to enjoy a glass of wine or a cocktail or two when weather conditions allow.

Inside the large restaurant has been very tastefully designed and is the very essence of urban chic, yet you still feel that you are near the Galway coast. To the front is an impressive bar and dining area which is utilised during quieter periods but Salt also has further seating areas at the back and also downstairs.

Colourful modern art canvases hang on the bare stone walls which are also painted with a number of murals. My favorite artwork was a large painting of the actor Robert Downey Junior as Charlie Chaplin. On our arrival we were greeted by the helpful and friendly front-of-house staff who showed us to a lovely table by the window looking out onto the main street.

Once seated we ordered a couple of cocktails which were mixed for us with great energy and a lot of performance by Salt’s very skilled bartender.

I have never tried a Flaming Moe (€12) before but our waiter Isaac informed us that it was named after Moe, one of The Simpson’s most famous characters. It contained a number of ingredients including violet liqueur and given its blue colour was a fitting celebration of the much beloved show.

My Promenade (€11) containing gin from the Galway Gin Company, cherry, lemon juice, violet liqueur, and garnished with seaweed (dillisk) also possessed an attractive pale blue colour. It was fresh, light and very easy-to-drink and really evoked a sense of being by the sea.

The menu in Salt is concise but nicely judged to include some quirky adaptations of classic crowd pleasers.

The greedy diner in me toyed with the idea of ordering the Taste of Salt’s Starters (€18) which comprises a selection of all of the restaurant’s starters but in the end I went for the Caramelised Pork Belly (€9) as I was curious to try the accompanying apple samosa and garden pea tartare sauce. The pork belly had been cooked perfectly and was soft and yielding and full of flavour whilst the filo pastry samosa was filled with tart apples that complimented the rich meat. The pea tartare well less like the sauce that had been billed and more like a chunky purée but was delicious nonetheless. Crisp shallot rings completed this well conceived and expertly executed plate of food.

My guest’s Pan-fried King Scallops (€11) was another great dish. It was served with a very good black pudding (which I was told was made and sourced locally) crispy pancetta, an almost nutty celeriac purée and a refreshing lemon watercress salad. Our meal had started well. Although tempted by the Fish of the Day – Pan-Fried Seabass, I eventually decided on the Rib-Eye Steak (€27) which I asked to be cooked medium-rare. The steak was wonderful with that lovely depth of flavour that is only achieved when high quality meat is pan-seared to perfection. I savoured every mouthful. I also enjoyed the accompanying honey-glazed carrots and rich, creamy gratin dauphinoise.

Caramelised mushrooms were more like a mushroom duxelle and could have done with a touch more seasoning but the well flavoured classic bordelaise sauce more than made up for this. We both especially loved the flavour and texture of the outstanding game chips/crisps and would have happily snacked on these for the evening.

With our main courses we shared a Side Salad (€3.50) which included some nicely pickled cabbage that was a cut above the side salads served in most restaurants.

I chose the Apple & Cinnamon Tarte Tatin (€7) to finish. This classic dessert is one of my all time favourites but despite seeming simple it can be hard to perfect. This version did not disappoint and was in fact enhanced by the addition of a plump raisins and a rum-spiked crème anglaise. A scoop of vanilla ice-cream completed the dish. We also ordered the Cheese & Wine of the Week (€14.50) combination as it included a cheese by Dozio’s of Mayo that that neither of us had tried before.

Dozio’s cheese are made in the style of Swiss regional cheeses Furmagella and Zincarlin using creamy Irish milk from local Frisian cows by husband and wife team Danilo Dozio and Helen Grady in Carracastle just outside Charlestown in County Mayo. It had a lovely smooth texture with a creamy nuttiness that we thought went very well with the homemade crackers and damson plum that it was served with. The cheese was paired with a Casa Carmela Monastrell.

A final cocktail – a Bark ‘n’ Stormy (€8.50) which was made with rum, spicy fizz, citrus foam, bitters finished off a truly wonderful meal. Our waiters for the evening Ben, and the aforementioned Isaac were excellent and both enthusiastically explained the various dishes on the menu and answered my many questions with a lot of patience. Salt doubles up as a live music venue on various nights and I hear it is THE place to be at weekends.

I can understand why because despite having a classy sophisticated feel to it, there is nothing self-conscious or pretentious about the service or food on offer and I now have another reason to think of Salthill with affection.

The bill at Salt Restaurant & Bar arrived at €126.50, including two starters, two mains, one dessert, a side salad and three cocktails.