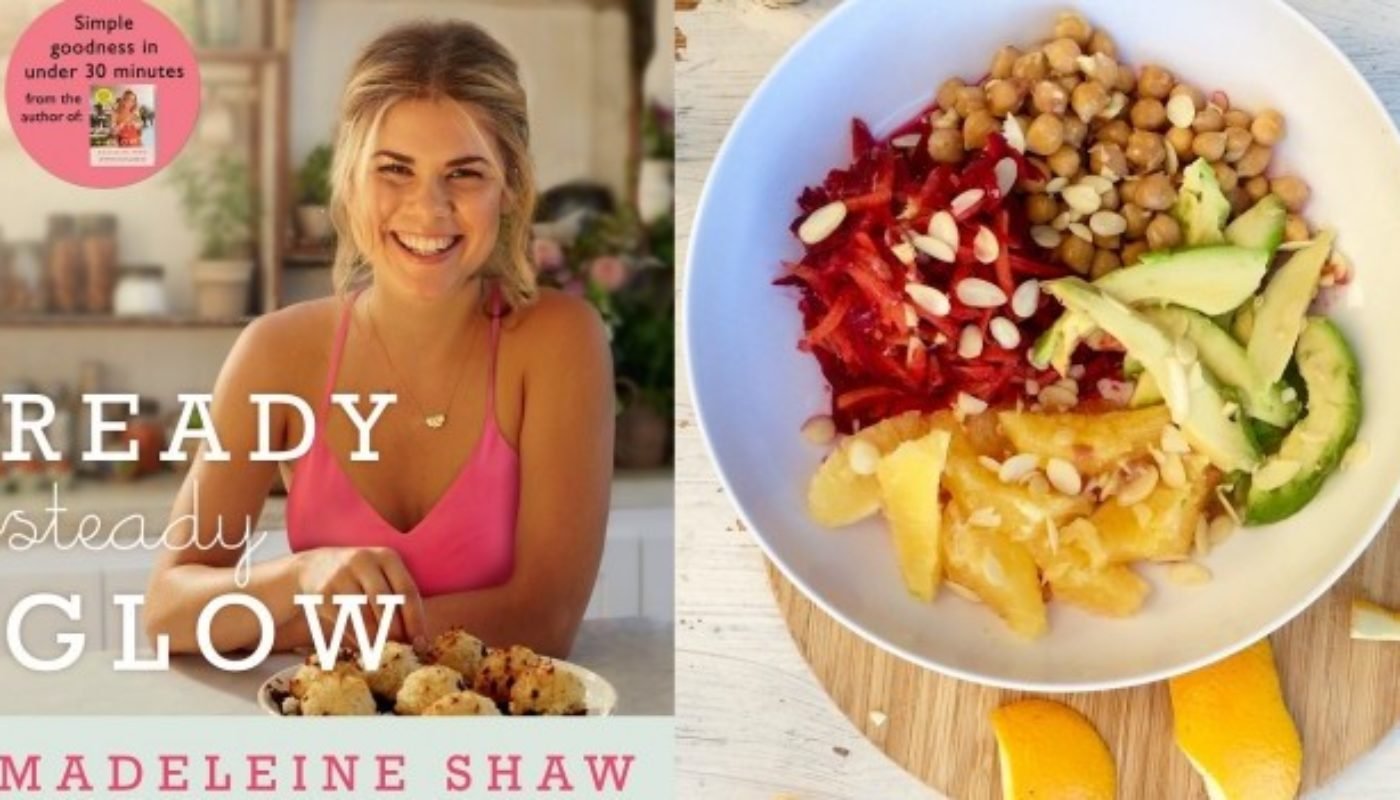 As much as I love spending an evening in the kitchen, sometimes, in fact a lot of the time, life gets in the way. Grabbing expensive convenience foods which do your body no good whatsoever can become a common occurrence when the prospect of being chained to the stove top for the entire evening post work pops into your mind.

While we are all busy, our bodies thank us when we take the time to fuel them properly with nutrient dense food and Madeleine Shaw is a great advertisement for the benefits of making an effort to rustle up a healthy dinner. Her first book, Get the Glow, was a roaring success winning her fans both in the food world and on the celebrity circuit with its simple approach to cleaning up your diet. With her second offering, Ready Steady Glow, Madeleine is paring back her recipes to ensure they are achievable in as little time as possible – aiming to create healthy food for the masses whose evening routine will never stretch to an hour in the kitchen.

It may be all the rage to swear allegiance to the paleo caveman gods or declare yourself a vestal vegan but Madeleine avoids labeling her way of eating. Instead she takes a sensible stance and adopts a balanced diet which she initially embraced to combat the IBS she suffered badly from in earlier years. For Madeleine, this means no wheat and no refined sugar, but once these are stripped away you would be surprised with the myriad options remaining.

The food photography is sumptuous and rustically styled and the pages even feel luxurious on your finger tips. With the goal of making you feel and look good from the inside out, this book glows with inner beauty with page after page of bright, inviting imagery – I was immediately drawn in.

I set out to challenge myself and test the book on its key premise: speedy but nutritious dishes that also happen to be delicious but importantly, achievable on a tight time budget. With this in mind I aimed to mostly cook in the evenings post-work and limit my beloved lingering in the kitchen, apart from a recipe or two from the ‘Slow’ section. Speed is key – glowing while getting on with life is the goal so Madeleine has timed the recipes – a handy extra touch.

Very few of the recipes have a long list of ingredients and there is nothing difficult to acquire or hugely expensive listed – her choice of flour tends to be buckwheat, and coconut sugar and oil are a lot cheaper than they used to be and available more widely – Ready, Steady, Glow is immediately recognisable as accessible to all, but is it appealing to all?

I made my male housemate flick through the recipes as in my experience men are the first to be skeptical of health-focused food but even he was drawn in by beef cheeks, pork shoulder and some seriously simple but impressive fish dishes – this is not just rabbit food as he expected. His opinion is entirely impartial and while he bawks at my kale consumption/green smoothie habit he had to admit this was healthy food he would happily eat, if I would share. I made no promises! On a sunny summer’s evening, I set out to test my first recipe and let my cravings be my guide – I wanted something light, refreshing and zingy. I opened the page on Beauty Buddha Bowls and recognising that I had almost all the ingredients in the fridge/cupboard I set to work, tired after a long day and hungry to boot. With the help of a food processor grating blade I quickly had a carrot and beetroot slaw marinading in orange zest and juice as I fried my chickpeas in coconut oil scented with garlic.

This step was key – what could have been a bland offering was a deliciously garlicky, satisfying bowl of perfectly proportioned veggies, hearty pulses and creamy avocado. Pulled together with a sweet and salty miso-based dressing, I was glad I made a portion for two as a gorgeous lunch for the next day was sorted – a Wednesday night victory.

Thursday came along – rife with Chinese takeaway cravings. I turned to Madeleine and her Chinese Duck Bowls begged to be tested. Feeling the need to be tactile, I decided to shake the dish up a bit by serving in lettuce cups that I could efficiently scoop into my mouth. I stayed true to Madeleine’s five-spice duck breast coating and whipped up her refined sugar-free plum sauce in a matter of minutes, adding a few extra veggies I had in the fridge and the perfect ‘fake-away’ was born – no prawn crackers necessary! The next night, after a long cross-country drive, the last thing I wanted to do was bounce around the kitchen. Perusing the book I stumbled across a use for my rampant dill plant in the garden, so I jumped at the chance to make Trout with Cucumber, Apple and Dill Salad.

A couple of quick but necessary steps make this dish a winner – mellowing the shallots in vinaigrette makes them lose acerbic edge and salting chopped cucumber drew out water for perfect texture. Apple with trout and capers cutting across mustard are matches made in heaven. I would definitely make this again, but cook the trout for slightly less time than Madeleine proscribes as I like it a little under. All in all this was a fantastic supper and my happily fed sister seconded this. As speedy as it was delicious with only a flash in the pan needed for the trout. Most main dishes are simple enough to whip up on a Wednesday but impressive enough to present to friends at a Saturday dinner party. Madeleine’s food is just as I like it, scarce on starch but bursting with satisfying good fats and a powerhouse of flavour – I rarely wanted my routine dark chocolate after dinner when I cooked Madeleine’s food, as if my body was saying I’ve been given exactly what I needed.

Having seen how speedy Madeleine’s offerings could be on a weeknight I sought to test the ‘Slow’ section – treats taking a little more time for those of us who want a little kitchen therapy of a lazy weekend. Many of these are sweet recipes, so I really needed little convincing to dabble.

With a stack of alluring Vegan Oat and Banana Pancakes jumping off the page, Saturday breakfast was sorted. The wonderful thing about vegan baked goods is you can lick the bowl to your heart’s content, free from the fear of salmonella. Granted, the fear has never stopped me before, but it is a comforting thought nonetheless! This was a straight forward food processor affair and I simply ground my oats to a flour and pulsed with banana and almond milk. I added more milk to get traditional pancake batter, but my oats may have been more absorbent than others, like flour, it varies. Ripe banana is a must, as Madeleine specifies, and realistically the spottier the better. I only had an under-ripe banana, which I suppose have its place, in my case nowhere near my mouth. But needs must, so I decided to up the cinnamon in the batter to make up for the sweetness deficit. These were sturdy little griddle cakes which flipped with ease – not a given with vegan pancakes – and they played deliciously with the simplest and speediest of berry compotes, another one pot wonder. I added a dollop of coconut yoghurt as well as a bookmark to the page – these will be a repeat weekend breakfast.

On a saintly sweet buzz I followed up my pancake win with Raw Ginger Crunch Bars. While dessert for me generally has to be chocolatel-y (cacao in all its guises is a staple in my kitchen) I have been known to be partial to dates with ginger from time to time… and I don’t mind them in sweet treats either! These easy as pie bars reminded me of a clean, softer yet satisfying ginger nut biscuit topped with a gooey coconut oil, ginger and honey glaze. They make a treat of a breakfast on the run too, winning this no-bake number major brownie points with me. Put enough sugar, flour and butter together and you will get something your brain is pleased to gorge on – designing recipes that are as delicious as their less virtuous counterparts is a challenge that Madeleine has excelled at. What I like most about Ready Steady Glow is the fact that so many dishes can be separated to mix and match – Buddha bowl dressing would liven up any salad and healthy swap dish components like cauliflower and date pilaf and chickpea and flaxseed tortilla chips could enhance many meals beyond the pairings in the book.

Ready Steady Glow is not just for the clean eating, meal prep brigade, it’s one for anyone who just loves good food and wants it now. In this case, the food just so happens to have a bonus added healthy halo – and how bad can that be?

Get your copy of Ready Steady Glow here. 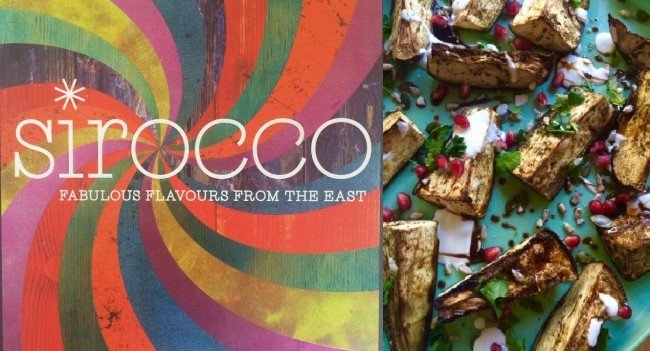 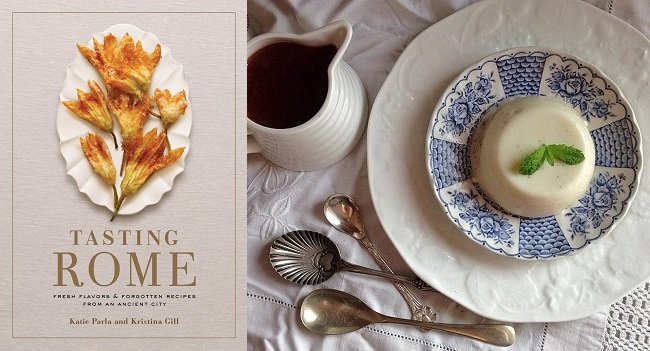 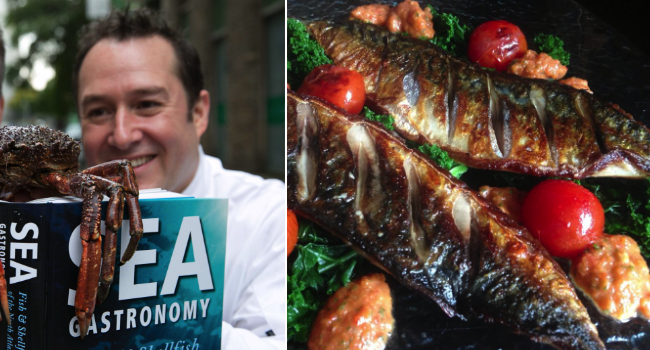 Treasures from the Deep – Sea Ga… 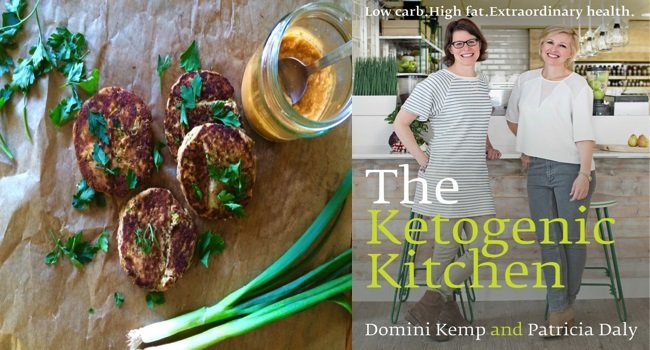 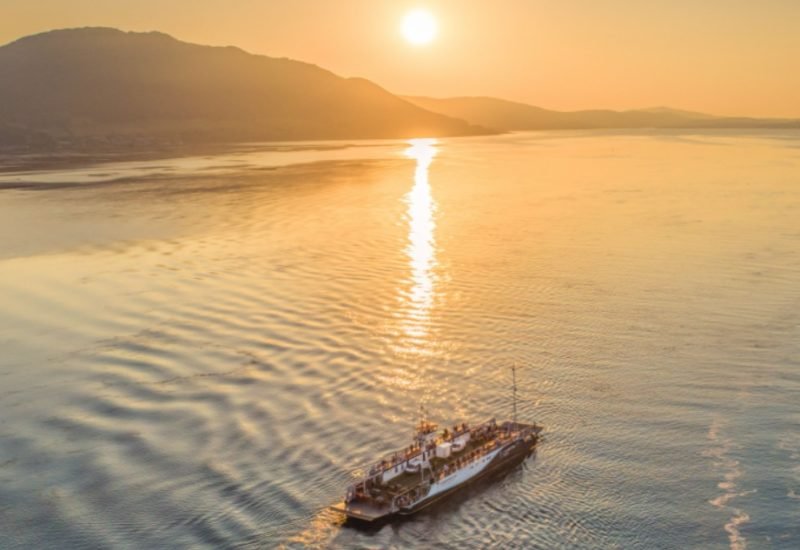