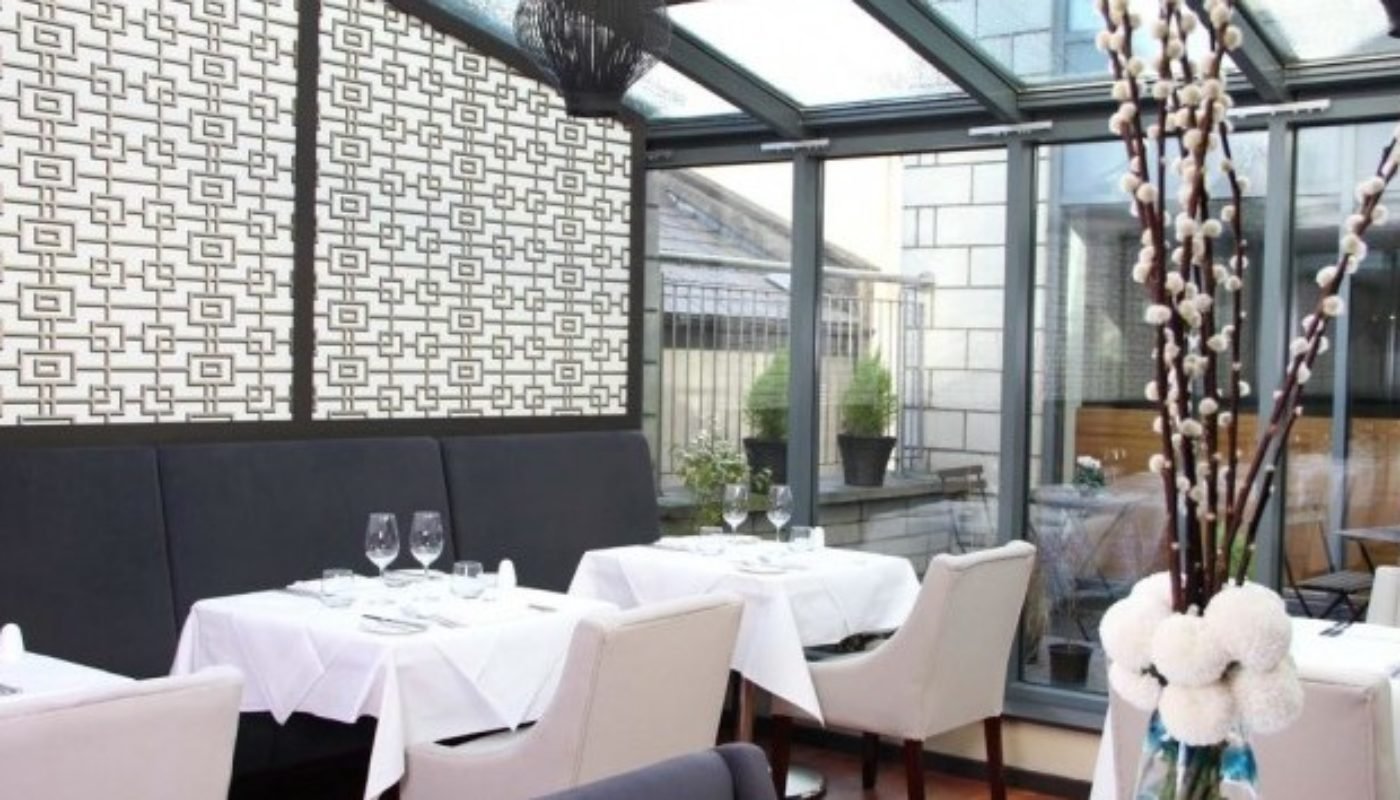 St.Patricks weekend in Dublin can often offer up a huge contradiction, tourists flock in their droves and can’t seem to get enough of it, but locals tend to avoid certain parts of the city centre like the plague. With that in mind we decided as we were heading to the annual Irish Beer & Whiskey Village in the RDS to sample some of the country’s latest tipples we would stick to the suburbs.

We had recently reviewed Richmond Restaurant just after Christmas where owner/manager Russel Wilde explained how the restaurant business runs in the blood with his brother also just launching a new eatery in late 2015. Unlike the latter which has a much more casual, laid back feel which fits the area perfectly, Avalon Restaurant is the polar opposite. Sheerin Wilde is a seasoned pro in the hospitality business, having worked in high end venues like Trocadero for over nine years and being the sommelier in The Clarence when it was on the top of its game it is clear to see he knows a thing or two about running a busy restaurant. Most recently he manged The Wilde Goose Grill in Ranelagh which does fine dining to exacting standards before branching out on his own. Five mins in a taxi from the RDS and we arrived at Avalon for a late dinner at 9pm. When we had originally booked we were told it may be quiet in the restaurant at that time and that the earlier settings have a better atmosphere. Atmosphere or no atmosphere we stuck to our 9pm guns and arrived famished. Housed above Donnybrook Fair, blink and you will pass this gem by which would be a huge shame. It is the kind of place you wish you had on your doorstep unfortunately for us Northsiders we don’t… yet.

From the moment you enter Avalon you get a sense this is very much a grown ups restaurant. Not because of the linen table cloths which nowadays is seen as a risk in itself but the overall décor has a real elegance about it. You have to admire Wilde’s determination and grit to stick to what he loves in creating such a space. There is lots of plush seating, designed to make you linger and savour each bite. Avalon is not designed to rush, it invites you in, wraps you up and makes you feel like you are the only diners in the room. Thankfully we were not, it appeared a lot of the early diners were in no hurry home and we would hazard a guess that Sheerin Wilde’s well-chosen and extremely tempting wine list may have had something to do with this.

The menu offers huge choice, there is a distinct Asian feel to some of the dishes but it still manages to cover the neighbourhood bases with several contemporary dishes such as the John Stone Steak Tartare or the Liscannor Crab. We decided to mix it up a little and settled on an usual pairing for our first starter, Pressed crispy Pork & grilled Octopus (€10), not something you see on a lot of menus. This is what excited us about Avalon, there are doing something different, unique but realising that this is Donnybrook and not Mayfair the guys know they need to appeal to their core business – the locals. That said this is an affluent area and judging from the dishes on the nearby tables people like a bit of adventure. Octopus is not everyone’s cup of tea, although we are slightly partial fans, but this dish will convert even the biggest doubters. Beautifully presented and well thought out; the crackling on this exquisite piece of fatty glory glistened like the sun, with a bite and texture that just melted in the mouth. Tasted with the grilled octopus, capers, roasted red pepper and nero alioli we were completely won over by Head Chef Eamon Connors cooking. Our second starter was a less Asian inspired affair of Seared Scallops (€14); three fat specimens arrived on a salty sea of crisped Bayonne ham, another superb textural experience. For us the real highlight was the Riesling poached grapes, which says a lot about the freedom that head chef Eamon is given to experiment with high quality ingredients such as the Grand Cru Riesling used in poaching. We couldn’t haven chosen a better wine for the evening than the Paul Ginlinger Alsace Grand Cru Reisling 2010 which we later found out is one of Sheerin’s personal favourites, priced at €59 this is for the wine enthusiasts out there but the list has many great examples by the glass from €6.50 and by the bottle from €26, but be warned there is a lot of unrivalled temptation on their wine list which may prove difficult to resist. Mains were equally as impressive even though the salivating sounding John Stone Chateaubriand for two (€65) sounded awesome we were swayed by the Guinea Fowl (€24) in the end. A more than decent sized portion of roasted leg and breast were presented with a succulent, crisped skin that suggested this little backyard buddy had been basted very well before he was cooked, as were the golden, downright delicious roasties that sat proudly alongside. Throw in the honeyed parsnip and crunchy asparagus with an exacting drizzle of wild garlic pesto and hey presto you have a winner. At €26 the hopes were high for our second main of Proscuitto Wrapped Monkfish, this cat’s tongue pink cured ham no longer resembled its Italian roots, instead arrived what looked like a perfectly seared fish with skin that had always belonged to it, a triumph in itself. It lay above a tiny bed of a very American sounding crab and sweetcorn succotash. A pool of smoked tomato sauce complimented the monkfish beautifully, alongside some roasted baby potatoes and a delicate helping of tender stem broccoli. Desserts are short and sweet (pardon the pun) and being shameless fans of Marsala as a favourite cooking wine we jumped at the Poached Pears (€7) in a Marsala sauce, two chunks of biscotti gave it some much needed bite, a classic showcasing flavour over flair. There has to be some decadence in a dessert dish and the silky Dark Chocolate Truffle Cake had it in abundance. Liquor soaked cherries added a little sourness which we loved along with a dollop of cream and chewy honeycomb. A corset bursting, sinful plate that will make you feel dirty for all the right reasons. It pretty obvious that Avalon  Restaurant ticks all the boxes, excellent food top class front of house not just from Wilde himself but most notably from his second in command Greg, who looked after us on the night. A charming, funny and experienced guy who takes the time to engage with all his tables, having worked with the likes of Paul Rankin in Roscoffs for several years it is clear that Avalon are serious about hiring well both in and out of the kitchen.

As mentioned to us a few days later by a fellow foodie from Donnybrook she had not even known this gem was right on her doorstep and that is the thing every neighbourhood restaurant has to overcome – word of mouth. So get in now and spread the word before us Northsiders claim Avalon as our own.

This is an Outstanding Taste we highly recommend. 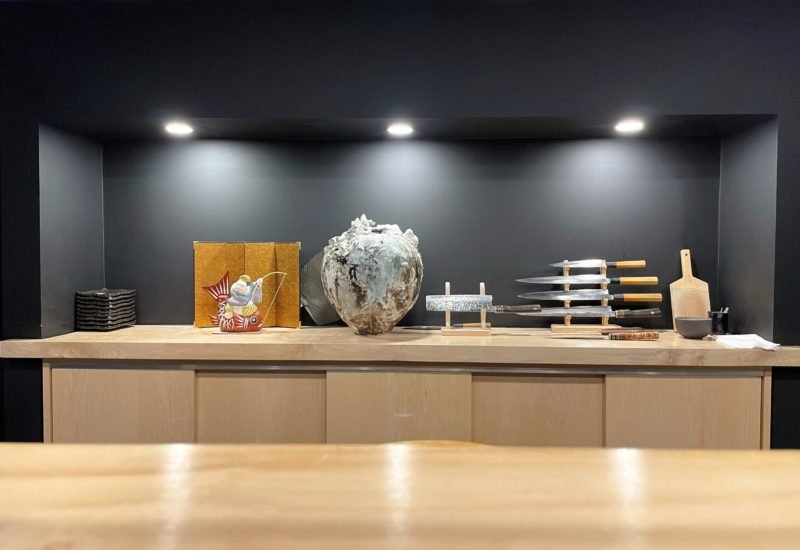