Quique Dacosta Restaurant among the 50 Best in the World 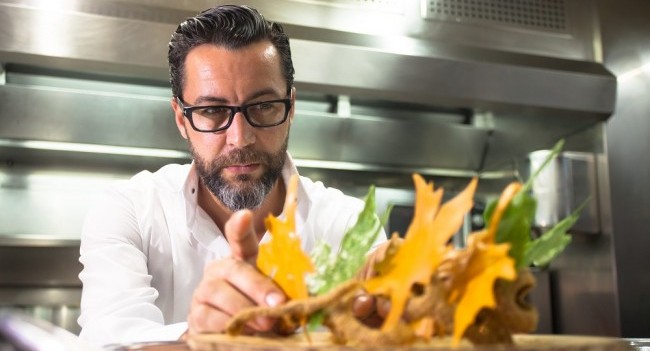 Quique Dacosta Restaurant was once again named one of the 50 best in the world, according to the prestigious World’s 50 Best Restaurants list. Located in Denia, the chef’s restaurant continues to receive recognition from those who have proclaimed it a must for lovers of international cuisine.

This ranking, which includes the top chefs in the world, is another example of the international recognition earned by Dacosta, whose trajectory conveys the value of his avant garde Mediterranean cuisine on a daily basis. The annual award ceremony for the World’s 50 Best Restaurants list, held for the first time in New York this year, is organized by the prestigious The Restaurant Magazine.

This season Dacosta inaugurated the Enigma restaurant in the Palazzo Versace Dubai hotel, an exclusive pop up located in the United Arab Emirates. The chef has just designed a range of professionally inspired domestic kitchens, together with Porcelanosa, highlighting the excellence of Spanish manufacturing and making the chef an ambassador for the brand worldwide.

After presenting, 3. Quique Dacosta in 2015, in which used the personal diary format to recall the days surrounding his being awarded a third Michelin Star in November 2012, he has now published De Tapas con Quique Dacosta, an editorial work with over eighty recipes from his four restaurants, containing a selection of twenty dishes or tapas from each.

The chef has made Quique Dacosta Restaurante, with three Michelin stars and included in the prestigious list of The World’s 50 Best Restaurants published by The Restaurant Magazine, a world reference for Haute Cuisine, and which this year proposes Fronteras (Borders), the title of this season’s menu in Denia. The chef from Extremadura also owns El Poblet (1*), Vuelve Carolina and Mercatbar restaurants in Valencia.