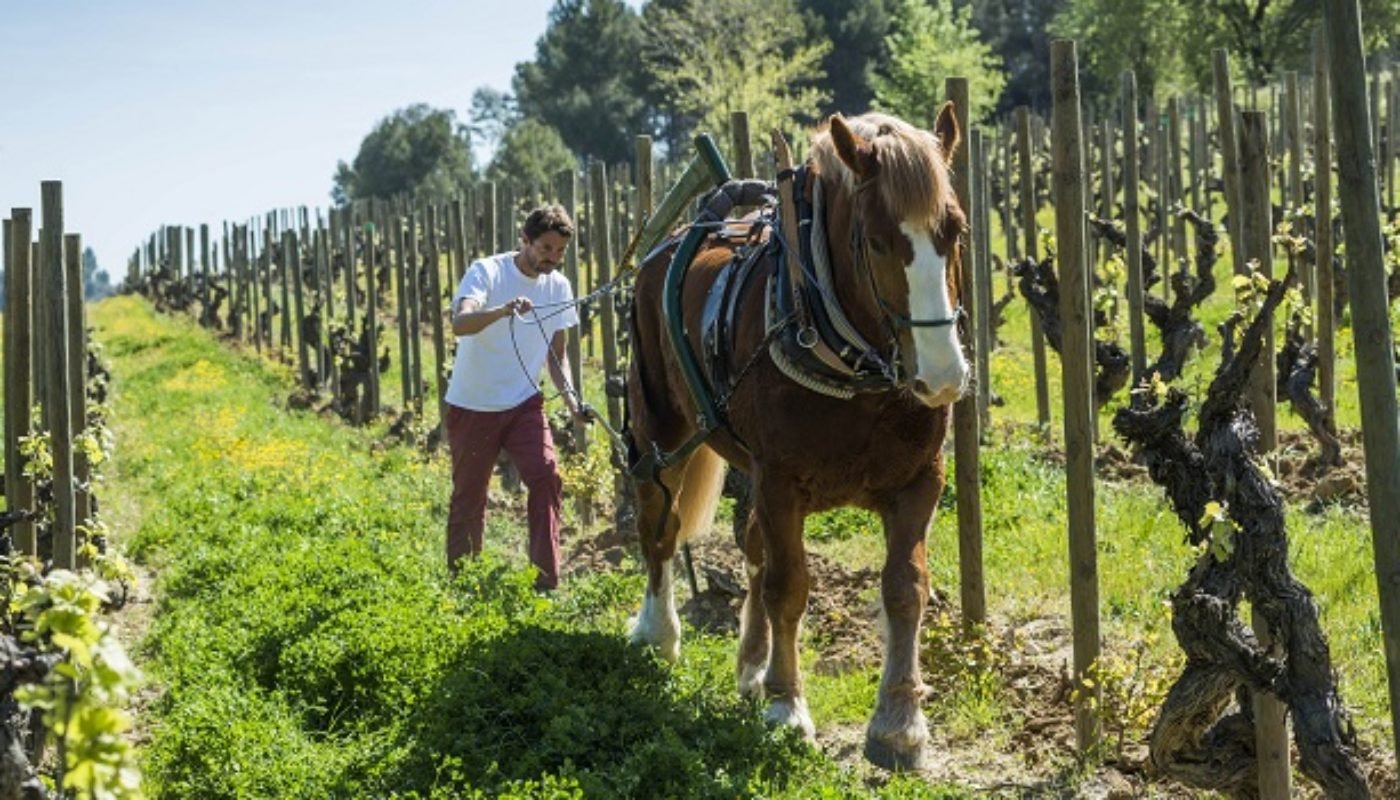 How do you like your wine? With a little cheese perhaps? How about some charcuterie? Maybe you prefer to enjoy it chilled al fresco on a sunny day?

Or how about with some yarrow flower fermented in a stag’s bladder, hmmm? Maybe a little oak bark fermented in the skull of a domestic animal will do the trick, or chances are what you really need is dandelion fermented in cow mesentery?

If the last paragraph sounds odd to you… well, that’s because it is. Nevertheless, what I’ve just listed is three of the nine ‘preparations’ of biodynamics, an agricultural philosophy and practice that winemakers have been taking to in increasing numbers.

A fad it is not, however. The principles of biodynamics were set down by an Austrian philosopher-scientist called Rudolf Steiner (1861-1925), who codified them in a series of eight lectures in 1924 titled The Spiritual Foundations for the Renewal of Agriculture.

A lofty title indeed, but unsurprising given that Steiner’s life mission was to bridge the gap between the material and spiritual worlds through philosophy, creating the ‘spiritual science’ of anthroposophy in the process. Towards the end of his life he turned his attentions to agriculture, recognising its highly important role in the wellbeing of humans in particular and the planet in general.

Central to his hypothesis is that the vineyard is a living organism, so as such artificial fertilizers or pesticides are seen as an anathema to its successful nurturing. Instead, ‘preparations’ made up of plant and animal matter – and nothing artificial – should be applied at the appropriate times to coincide with the vineyard’s natural rhythms. A holistic approach to agriculture, if you will.

So far, so sensible, you might imagine. Well, it’s around about here that things get a little, well, weird.

The nine ‘preparations’ that Steiner advocates are unusual to say the least, and seem to have little basis in scientific fact. As well as the three mentioned above, another preparation is to stuff cow manure into a cow horn, which is then buried in the vineyard and allowed to ferment over winter; this is then diluted and sprayed on the soil at a very particular time.

A variation on this is that ground quartz (silica) is mixed with rainwater and packed (again) into a cow’s horn, albeit this version is buried in spring and then dug up in autumn, before being sprayed directly onto the crop plants.

At their heart, the preparations make some sense: cow manure has been used for centuries as a natural fertilizer, and still is practiced extensively today (as anyone driving through the Irish countryside in early spring can attest!).

Similarly, most of the other preparations are based around the practice of composting organic material, a well-proven natural process and even something many domestic homes practice on a small scale.

But as beneficial as cow manure is, does it really need to be buried in a cow’s horn? And composting is great, but is the use of stags’ bladders and animal skulls really necessary?

Before we consider these idiosyncrasies on their own merits, there’s another aspect to biodynamics that doesn’t help its image as a ‘hippy dippy’ movement, as its detractors might call it. Rhythm is a Dancer

The other major tenet of biodynamics is that the application of these preparations – along with the execution of key tasks such as planting, pruning, ploughing, picking, and bottling – should be timed to harness beneficial ‘formative forces’ exerted by both earthly and celestial (especially lunar) rhythms.

If you were already disbelieving of some of the practices of biodynamics before that last paragraph, then I’m sure this has tipped you well over the edge: yes, all activity in the vineyard is dictated by the movement of not only the moon, but also the greater solar plane in general.

A biodynamic calendar has been formulated from these movements, taking its cue from the zodiac and the elements of the earth, amongst other things. In trying to get my head around it, I think I’ll defer to the Oxford Companion to Wine for a moment:

Biodynamic growers see plants as comprising four ‘organs’: root, leaf/shoot, flower, and fruit, and these are respectively linked to the four elements of earth, water, air, and fire (solar heat). Each plant component is said to be favoured during particular points of the moon’s sidereal cycle when the moon passes in front of one of the 12 constellations of the astronomical (rather than astrological) zodiac. Thus, for example, spraying horn manure on the soil for root growth is said to be most effective if the moon is in front of an earth/root constellation such as Bull, Virgin, or Goat. […] Cellar work is also said to benefit from the biodynamic calendar, with, it is claimed, bottling best under Lion if the wine is designed to age (the heat/fruit ‘force’ will be most concentrated in the wine at this point, so bottling then will capture or seal it).

All that is needed now is a wicker man, and perhaps some ancient runes or a Stonehenge to dance around.

But lower those arched eyebrows for a moment, we haven’t discussed the most important part of all this: that is, does the resultant wine taste any good? The Proof of the Biodynamic Pudding…

If, like me, your head is by now more than a little addled and your bullshit detector is on high alert (or should that be ‘cow-manure-in-a-cow-horn detector?). Surely all this hocus-pocus can’t really have an effect? Surely?

It may surprise you – as it does me, still – that many very famous and very notable winemakers practice biodynamics. Indeed, some of the first adopters of biodynamics in the movement’s ‘reboot’ in the 1980’s were Domaines Leflaive and Leroy in Burgundy, plus Michel Chapoutier in the Rhône – to say they’re heavyweights in the world of wine is somewhat of an understatement.

They’ve been joined since by an incredible roll-call of some of the most prestigious names in the world, for example:

That list of wine royalty is just part of the approximately 700+ certified properties practicing biodynamics, but what muddies the water somewhat is the fact that some producers use biodynamic principles to varying degrees, often cherry-picking elements of Steiner’s prescriptive dogma to suit their own unique situation and philosophy (or credulity).

So some of the most prestigious and heralded – not to mention expensive – wines in the world can attest to the work of biodynamics: it certainly passes the taste test. But where’s the scientific proof? In short, there is no definitive scientific proof that biodynamic principals work. This is for a number of reasons, with semantics being perhaps the foremost one (how do you actually define the extensive subject of biodynamics anyway?), but also there is the continued influence of external factors (weather, etc.), the difficulty of establishing an accurate control group, and other variables that make a like-for-like comparison difficult.

However, there have indeed been a number of scientific papers published that have proved that the soil make-up in properties that have converted to biodynamics had improved significantly after the switch from modern farming, measured in terms of beneficial biodiversity, microbes, texture and so on. And good soil leads to good grapes, and on to good wine. Ipso facto, biodynamics cannot but lead to better wine?

Others may argue that it’s not the cow horns, skulls and movements of planets that result in this positive change – instead it could simply be the use exclusively of organic preparations (and the rejection of harsh and destructive chemicals), plus the time and care needed in the vineyard, and the general holistic and sensitive approach that gives rise to the positive effects of biodynamics. The hocus-pocus could feasibly be left at the winery door, they say.

Whatever your view, biodynamics has been around for almost a hundred years, and doesn’t look to be going away anytime soon, especially with recent surge in interest in environmental awareness.

If you’d like to know more, Jamie Goode’s website Wine Anorak has an excellent series on biodynamics that’s worth checking out. But if you’re like me, you’d just rather drink the stuff, then below are a few excellent wines I’ve had recently that just happen to be associated with this weird and perplexing movement. Turner Pageot, ‘Le Blanc’
€22.95 – Available at Bradley’s Off Licence, Cork and coming soon to other independent off licences in Ireland

An exceedingly interesting white consisting of 80% roussanne and 20% marsanne, this is one to exercise the senses. Buttery and ‘matchsticky’, it has a streak of tart green fruit, then even an acetaldehyde touch more common with sherry. You certainly won’t get tired of sipping it as it twists and turns in the glass.
Domaine Turner Pageot is about as boutique as you’ll get: certified both organic and biodynamic, this husband & wife operation farms approximately 10 acres of vineyard across 10 different parcels. A true labour of love. If the weight of all the biodynamic strictures is getting you down, here’s the perfect tonic. Puszta Libre! is tons of fun, from the funky retro bottle to the care-free juice inside, which is fresh, fruity and lively.

It’s a blend of Zweigelt, Blaufrankisch and Merlot from Burgenland in Austria, which I hear is their version of Beaujolais. Based on this bottle alone, I’d concur: casual, bright red fruits abound, and it’s suggest you even serve it chilled. Prost! Michel Chapoutier is one of the most vocal and visible proponents of biodynamics in the world, and a proper character to boot. While the ‘Les Meysonniers’ isn’t strictly certified Biodynamic – that certification is reserved for his rare and pricey top-end wines – it is nevertheless doubly-certified organic and is probably likely to have at least some biodynamic influence, making it a an easily-available and affordable entry into this weird and wonderful world. The Gérard Bertrand stable of wines are an Irish favourite it seems: their Irish importer (and retailer) O’Brien’s seem to go through tons of his bottles, and for good reason, thanks to his consistent, high quality. This is one of his top wines, from a fully Biodynamic estate (he practices biodynamics elsewhere when feasible too).

This is a very masculine wine, stuffed with concentrated black fruit, grilled meaty aromas, spice and more. If you need something big and brassy to go with your summer barbecue, look no further – maybe just decant it a little first! 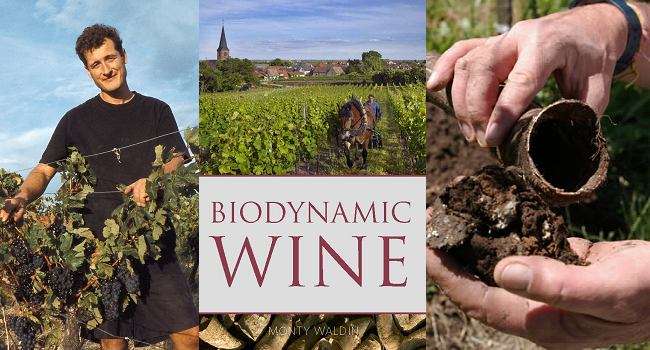 The Science Vs the Fiction Behin… 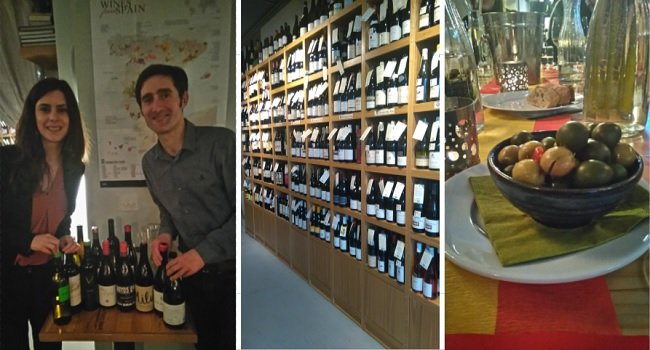 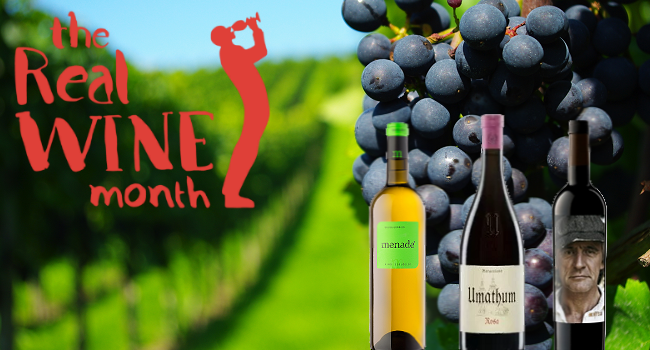 Three Natural Wines to Taste on … 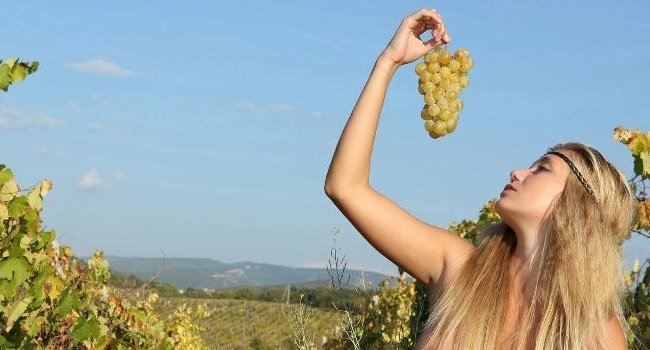