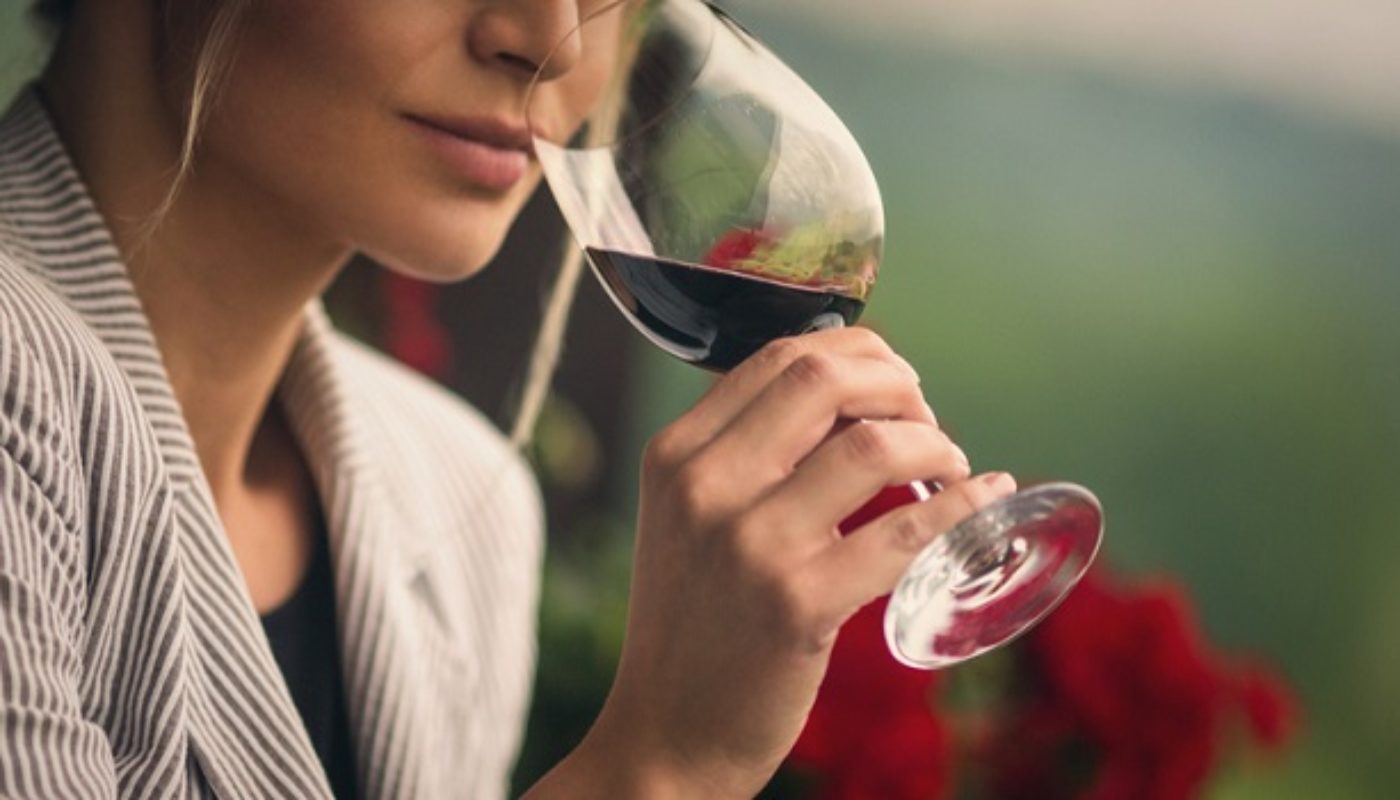 Fame is tricky. It enables and enhances a person’s virtues as well as their dark side, and it takes a down-to-earth individual with a solid support system to thrive after reaching global stardom. In words of American media giant and philanthropist Oprah Winfrey (who knows a thing or two about celebrity), “If you come to fame not understanding who you are, it will define who you are.” If we extrapolate this principle to wine, it remains as valid: popularity breeds expectations and it is tempting to turn into what your admirers want you to be, loosing a bit of yourself along the way.

What does this have to do with Spanish wine’s superstar Rioja? The region, located in the northwest of Spain, recently launched a series of new regulations, quality tiers and a global campaign titled Saber Quién Eres, which translates as Knowing Who You Are.

The upcoming changes include the introduction of new categories such as Viñedos Singulares (Singular Vineyards) and Rioja’s own Sparkling wine style named Espumosos de Calidad, as well as a more structured way of highlighting sub-regions and updated ageing requirements for Reserva and Gran Reserva. The changes are the product of reflection, debate and compromise among producers, an example of a region that has reinvented itself in the past while staying true to its essence. They also show a growing interest to give the spotlight to provenance and to establish a better communication with wine lovers.

What can we expect from this? Premium Rioja producers will now be able to tell consumers more about what makes their wines special and in a world where transparency and authenticity are highly coveted, it is by knowing yourself and expressing it accordingly, that one makes a mark. While there are Rioja wines to fit all palates and pockets, the region’s premium wines truly stand out because of their consistent quality, wide appeal, remarkable ageing potential and excellent value. In fact, it is still possible to find high end Riojas at a fraction of what wines of comparable level would cost when coming from other of the world’s classic fine wine regions.

There is a lot going on in Rioja at the moment, reports show that exports keep growing and white Rioja is enjoying a moment in the sun. But the region is used to popularity and it has shown time after time that it knows itself. And yes, you’ll find plenty of agreeable wines at all levels, but today, let’s share some bottles that show what makes Rioja so special.

Below, six premium Rioja wines to get to know the region’s finest side. A textbook example of all the things we know and love about classic aged Rioja, this multi award-winning red offers an explosion of flavour. It’s a blend of Tempranillo, Mazuelo and Graciano grapes from old vines from la Rioja Alavesa, aged for 30 months in a combination of French and American oak.

Elegant and intense, it is a harmonious combination of the ripe fruit aromas of its youth and the spicy and cedary character that time and wood has conferred to it. Kirsch, ripe black cherries, toast, cinnamon and pepper are among its notes. Silky tannins that have begun to mellow linger pleasantly on the palate long after each sip. Winemaker and consultant Telmo Rodríguez is a superstar in the vinous world. He has created and advised award-winning wines across Spain but the project closest to his heart is Remelluri, a winery founded by moks in the 14th century and purchased by his father in 1967. Telmo, along with his sister Amaia, have looked after Remelluri since 2010, helping make this one of the most highly acclaimed wineries in the region.

This organic wine is a blend of Tempranillo, Garnacha, Graciano, Viura and Malvasia grapes, grown at an altitude of 500 – 700 metres, aged for 17 months in French oak barrels. Smooth and in a happy medium between exuberance and restrain, this wine has big, well-rounded tannins and aromas of stewed strawberries, ripe blackberries, liquorice, mocha, cherry compote and toast. Made by pioneer producer Marqués de Murrieta, this limited edition single-vineyard wine offers a glimpse into the future of the region. It’s a Tempranillo-dominated blend with a good dash of Cabernet Sauvignon and local variety Graciano, coming from old vines growing at an altitude of 465 metres.

Harvested by hand and vinified separately, the wine is then aged for 19 months in new French oak barrels.

It is mighty and intense, with a generous and diverse array of aromas and flavours that range from ripe black fruit to mellow spices, liquorice, cedar and cocoa. Full body and powerful tannins, this is a big wine that with a long life ahead of it.

This white Rioja is made with 90% Viura and 10% Malvasia, is was aged in barrels for six years, and it comes from one of the most celebrated producers in the region, also known to be one of the most traditional. Time has gifted it not just with a gleaming golden tone, but with a complex bouquet worth deciphering slowly sip after sip.

The zestiness of the fresh fruit has given way to a more mellow and nutty character with notes of orange peel, almonds, honey and apple pie. It’s high acidity provides a contrasting refreshment, achieving the pleasant tension of a wine that has aged well, but is still full of life. For the impatient wine lover, 64 Wine also has small quantities of the 1996 vintage (€90) and siyps has 2007 (€29, members only). Masterfully balancing tradition with innovation, La Rioja Alta has been part of the region’s history since 1890. This Gran Reserva is only made in exceptional vintages and it’s a fine example of this equilibrium, offering finesse and power in a well-rounded wine of great length.

Bright and aromatic, it offers a delightful parade of flavours: first the ripe red fruit, cherries and cranberries, accompanied by vanilla, espresso, tobacco, chocolate and toast. Its tannins are like a big, velvety hug. It is 90% Tempranillo and 10% Graciano, aged for four years in used American oaks. This is an example of a younger Rioja wine that is also excellent. After all, those who appreciate a fresher, fruitier red can also find beautiful Rioja to their taste. A 22 hectares family-run bodega in the Rioja Alavesa that works organically produces this vibrant red that combines 90% Tempranillo and 10% Graciano.

Its name is Spanish for “black feet” and it’s a nod to the fact that they still press the grapes the traditional way (by foot!). The wine is aged for one year in a combination of American and French oak barrels. Expect a juicy combination of berries with a subtle background of toast and sweet spice. With a moderate tannins and a medium body, it’s a gentle style of Rioja, that stands out from its peers thanks to its freshness and acidity. 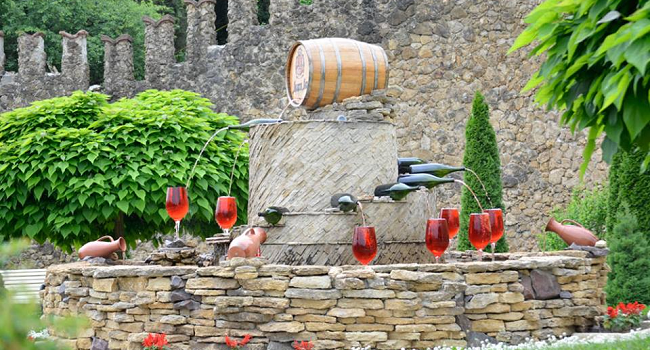 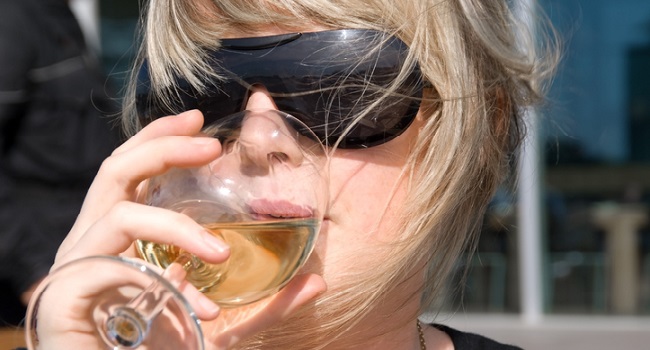 Not So Basic – Pinot Gris, Pinot… 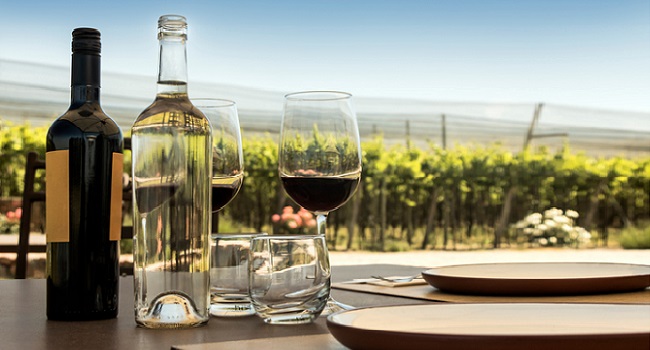