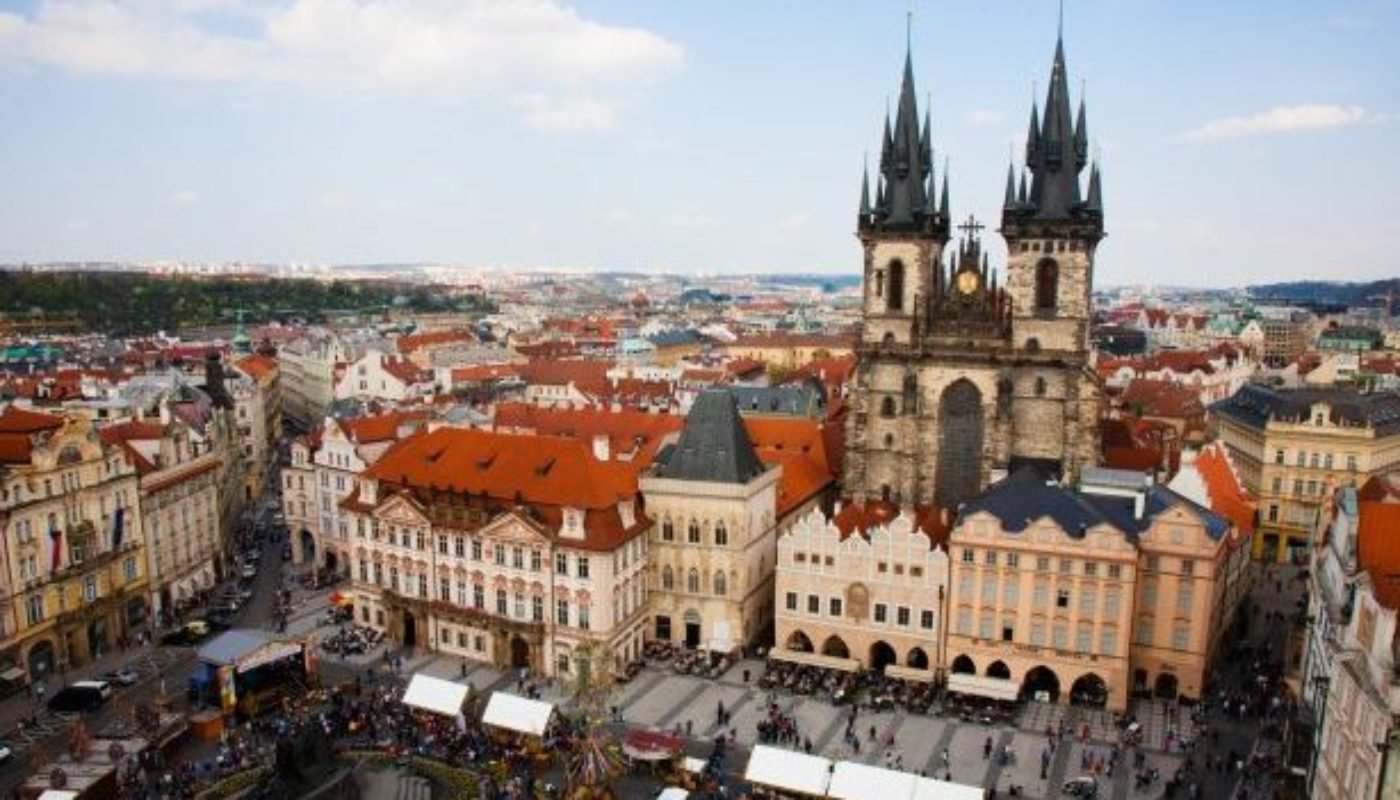 There’s a reason that so many rave about Prague. Across the city you’ll find fascinating architecture, great museums, incredible food and the world’s best Pilsner, not to mention a burgeoning design scene and cafe culture on par with Vienna.

So, how do you begin to sort it all out it just 48 hours?

On the hilly side of the Vltava River, Malá Strana (Lesser Town) is the perfect place to get lost in Prague’s Baroque architecture, where an assortment of noble houses and shops line cobbled streets leading to the castle.

Exploring the castle district in depth, particularly if you include stops at Sternberg Palace and Schwarzenberg Palace, two parts of the National Gallery Prague, could easily take up half a day. A quick peek is enough for some, allowing more time for a panoramic view of the old town on the other side. The Franz Kafka Museum is a must for anyone who has been transported into the writer’s metaphorical topography of this city. The exhibition includes many first editions, letters, photographs and audiovisual pieces that explore his life and work. At the entrance there’s a pair of statues “writing” on the Czech Republic, the work of artist David Černý.

The iconic Charles Bridge connects to the old town, Staré Mesto. At the main square, a the town hall and its 15th-century astronomical clock are overlooked by the towers of the Gothic Church of Our Lady before Tyn. A trek up the town hall tower is rewarded with stunning views of the square and beyond.

Of course, 20th century architectural finds in the city are absolute gems. Notable examples of Art Nouveau are found from Wenscelas Square to the Municipal House and unassuming streets all around.

Finishing up in Josefov, the Jewish quarter, you’ll find beautiful synagogues and a fascinating 15th century Jewish cemetery. Kafka returns in the form of a statue celebrating the neighborhood’s most famous son.

Culinary experiences in Prague are more diverse than expected. But, hearty comfort foods are the first things that come to mind when thinking about the Czech Republic and they do it well.

For a modern take on the classic Czech beer hall, Lokál U Bílé Kuželky, found just off the Charles Bridge, is the perfect spot for fresh pilsner, bread dumplings and goulash. For non-meat eaters, fried cheese appears to be the default option everywhere.

A few steps away, the cozy Vinograf Míšeňská helps you get to know Czech wines, not just beer, and is complete with onsite sommeliers. Just off the well-worn cobbles of the old market square, Dlouha (Long) Street cuts through Prague’s old town with restaurants, bars, cafes and even a gourmet shopping arcade.

It’s a good spot for your sweet tooth as well, where the delightful assortment of macarons and pastries at Au Gourmond is matched only by the chic vintage Parisian interior. The nearby Bake Shop serves up coffee with a delicious assortment of made from scratch breads and pasties, as well as nice slices of quiche.

While delicious, these two are just scratching the surface of a wonderful cafe scene that rivals Vienna. Many of the better cafes are found a little further off the well-worn paths of Prague, like Můj šálek kávy in the Karlin district or Cafe Letka in the cafe-filled neighborhood of the same name. Celebrating the age of the first republic with traditional Bohemian and Austro-Hungarian dishes along with live music, La Republica proves a delightful way to wind down a visit to this majestic city. Boutique Hotel Golden Key (Nerudova 243/27) offers a perfect mix of historic charm and modern comfort in Malá Strana, just steps away from the castle. The attached Designum Gallery sells glass, porcelain, artworks and accessories from Czech designers, while the Designum Cafe is a cozy spot for coffee and cheesecake.

On the other side of the river, the luxurious Hotel Emblem (Platnéřská 19) is just a short walk from the old town square, yet feels miles away from the noisy tourist zone. Housed in a building dating back to 1908, Hotel Emblem is classy and contemporary, with a sleek lounge and rooftop spa.

On other side of the old town, K+K Hotel Central Prague highlights its original Art Nouveau flair in its public spaces, while rooms have more understated contemporary feel. Zac Steger is an American photographer and writer whose writing has appeared in outlets such as AFAR, German Life, The Globe and Mail, and Highroads. He spent a summer studying German at Universität Lüneburg before earning a degree in Germanic Studies, Geography & History from Indiana University, Bloomington.

No matter where he’s travelling, he’s likely to have his sights set on a local restaurant, atmospheric café, great patisserie or local chocolate shop. He has both eaten ice cream and cake as a meal and will not rule out doing it again.

Visit Zac’s travel and lifestyle website to read more about his travels.