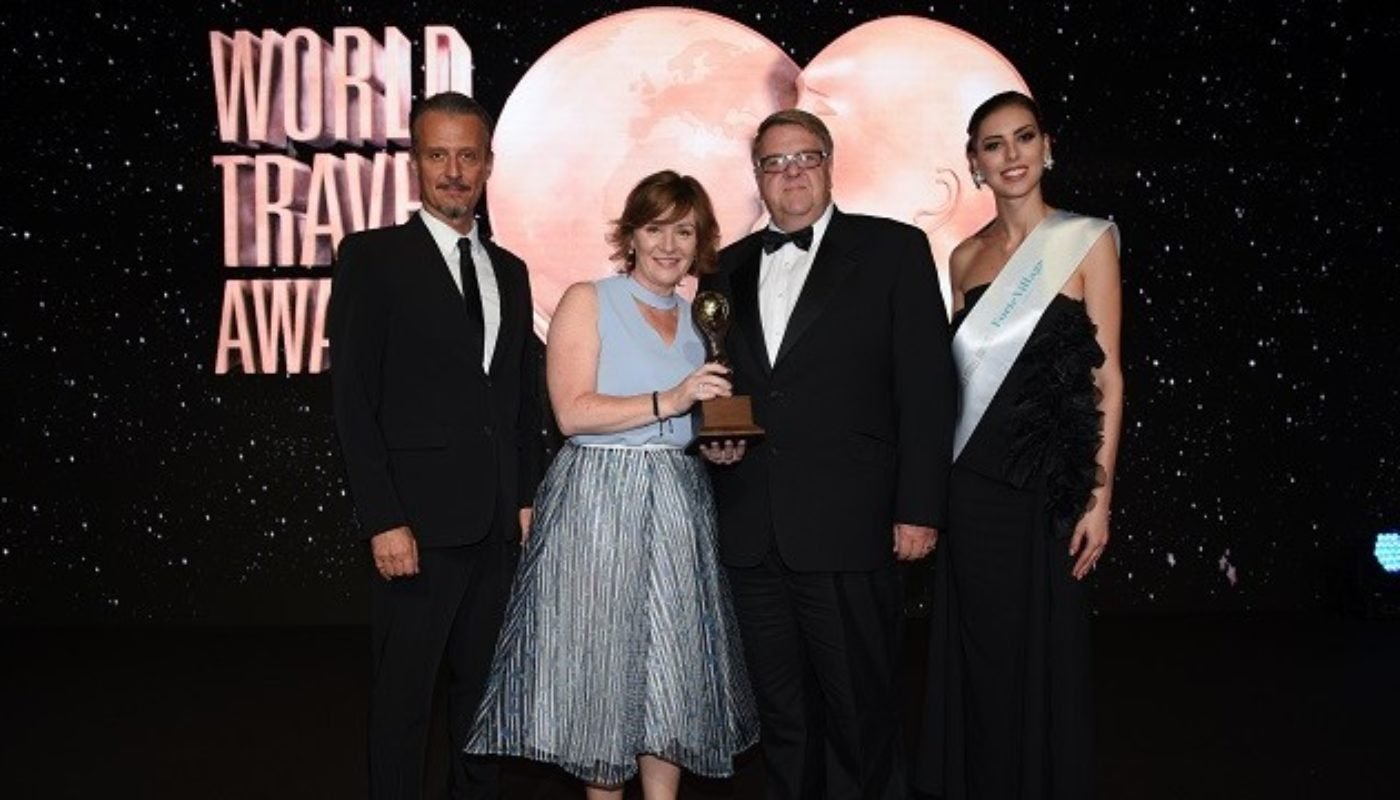 On Sunday, at the World Travel Awards European Gala Ceremony at the Forte Village Resort, Sardinia, Powerscourt Hotel Resort & Spa was voted Ireland’s Leading Hotel 2016 against very worthy opponents, in an event which welcomed hundreds of hospitality leaders from all around the globe. The other nominees for Ireland’s leading hotel 2016 were the Conrad, Dromoland Castle, the Intercontinental Dublin, The Clarence and the Westin, representing the best in the luxury market in Ireland.

Powerscourt Hotel Resort and Spa currently holds the title of AA Hotel of the year 2015/2016 and taking home the award of Ireland’s Leading Hotel 2016 finishes the award winning year in style for Powerscourt.

The World Travel Awards are hugely regarded in the industry, having been established in 1993 to acknowledge, reward and celebrate excellence across all sectors of the tourism industry. Twenty three years later, the World Travel Awards brand is recognised globally as the ultimate hallmark of quality, with winners setting the benchmark to which all others aspire. This year for the first time, the World Travel Awards Europe Gala Ceremony and World Spa Awards Gala Ceremony were combined in what is now recognised worldwide as the ultimate showcase of both the best of European hospitality and the global spa and wellness industry.

“It is an honour for World Travel Awards to present the title of Ireland’s Leading Hotel to Powerscourt Hotel Resort & Spa for the first time. In this, our 23rd year, World Travel Awards has grown to become the industry benchmark for the hospitality industry, with our near one million international voters annually selecting the very best from around the globe. I wish Powerscourt Hotel Resort & Spa every success for the rest of the year and hope to see the hotel again at the Grand Final, this year hosted in the Maldives, to compete for the global trophies.”

“We are exceptionally pleased and indeed proud to be voted Ireland’s Leading Hotel 2016 at the prestigious World Travel Awards. It is a great accolade and recognition for the entire team at Powerscourt Hotel Resort & Spa, of their unwavering commitment to delivering outstanding guests experiences. I have just arrived as the new General Manager and continue to be impressed by not only a truly beautiful and historic setting overlooking the Sugar Loaf Mountain, but by the teams’ desire to deliver genuine impeccable Irish Hospitality. We are determined to build and grow our reputation as Ireland’s leading hotel at home and all around the world”.

Each year, the World Travel Awards covers the globe with a series of regional gala ceremonies staged to recognise and celebrate individual and collective successes within each key geographical region. The ceremonies are widely regarded as the best networking opportunities in the travel industry, attended by government and industry leaders, luminaries and international media.

Blown away by being named Ireland’s Leading Hotel 2016, Powerscourt are offering a luxurious getaway to those who share their own #BlownAway moment on social media.