A Portuguese Wine Unravel – Dive into this Wonderful World of Wine 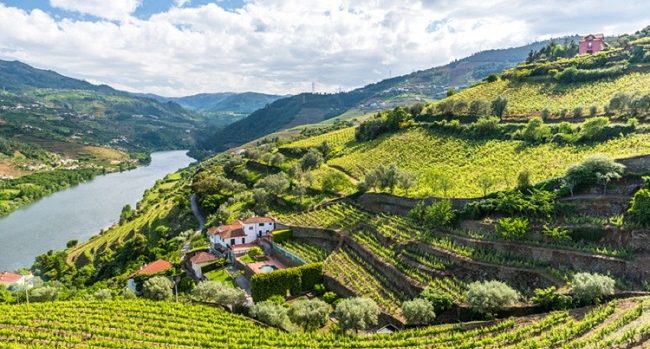 Far long gone from the flirtations of Mateus Rosé in the 1980’s, wine aficionados of Ireland are promptly springing to rekindle the romance with Portuguese drops of red, and white. Portuguese vinhos have the looks, brains, and charm of what you should fancy in a wine – they’re a cheap date when you consider the serene pleasure and thrill you can get from them.

Portugal, isolated on the Atlantic fringe of the Iberian Peninsula has exempted itself from the conformity of the traditional international grape varieties like Sauvignon Blanc and Merlot which we see almost dully filling our supermarket shelves and wine lists across the country. A relative newcomer to the table wine scene only since the 1990’s, Portugal has a history of making one of the world’s most once adored drinks – the digestif of choice to the wealthy Celtic Kittens of the boom time in the 00’s, Port.

Port is made using some of the 250 indigenous grapes grown in Portugal such as Touriga Franca, Touriga Nacional, Tinta Barroca, and also the silky Tinta Roriz, which over in Rioja passes by the name Tempranillo! So, if Portugal’s Tinta Roriz and Spain’s Tempranillo are the same grape, who grew it first, and who makes the better wine? Well, a matter of opinion, I suppose. But the Iberian siblings Portugal and Spain, also being neighbours, however, do share many things wine related. Take the Duoro river (or Duero if you’re Español), which sees volumes of Tinta Roriz & Tempranillo grown on hills around the stretches of this famous river on both sides of the border. Tinta Roriz and its Portuguese grape compatriots like Touriga Nacional are most often cultivated in the famous Duoro region (with the Duoro river flowing through it) found blended together to make rich, tannic, full-bodied, age-worthy red wines. Plummy fruit with freckles of spice balanced together with delicate acidity makes these undervalued wines showstoppers when winemakers do them right.

Duoro in Northern Portugal, although one of the more remarkable quality wine regions, shares the spoils of great wine with both the region of Dão and Alentejo. Dão, just South-West of Duoro is Portugal’s answer to Burgundy in France, not because of similarities of the regions, but in the personality-driven styles of wine. Like good Burgundy, Dão doesn’t rely on concentrated power, but alternately on elegance and finesse for the purity of their wines. Similar to Duoro, Dão is no exception to the indigenous grapes they are cultivating. Touriga Nacional is the principal red variety of Dão. On its own, it produces saliently spicy, peppery wines with charming forest fruit character, but it is more frequently blended with varieties such as Tinta Roriz, Jaen and Alfrocheiro Preto.

Though reds are the ‘peri-peri to the chicken’ here in Dão, they do make some seriously indulging whites too. Chardonnay lovers, you won’t find any here. But what you will get is gratifying wines with concentrated fruit, mouth-watering, refreshing acidity and even some with some oak and nutty flavours. Chardonnay, take a breather, we’ll come back to you soon, promise. White grapes like the most planted Encruzado (often supported by Bical, or Arinto) along with the red varieties of Dão take pride and place of the region, and deservedly so. 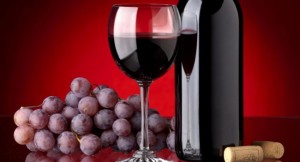 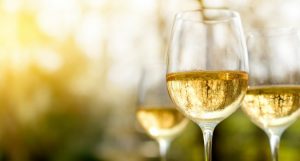 Moving south to the wine region of Alentejo of Portugal which in some ways, mirrors California wine region with its hot temperatures and sunshine aplenty. Okay, so Alentejo does produce a lot of ‘quaffing’ wines, but it also has its finer wine department too. Alentejo, like Duoro and Dão, are DOC regulated regions for quality wine production, just like the AOC system in France, or the DO system in Spain. Alentejo, which is a short drive up from the cooler Irish holiday destination of the Algarve, hosts and cultivates grapes such as the polynymous Aragonez (Tempranillo), and superstar white grape of the region, Antão Vaz.

Aragonez like its twin Tinta Roriz makes similar style wines in Alentejo, albeit with usually a little more alcohol and less acidity. Antão Vaz, though sometimes great as a solo artist in a wine, can usually benefit from being blended as part of a group with other varietals. If cultivated in the right way, Antão Vaz can transfer to be a wine that has tropical fruit, refreshing acidity, is well balanced, and can even be oak barrel aged, that will give a rounder, plumper wine. Portugal is indeed one of the most exciting wine producing countries now, with talented winemakers, seriously good terroir for grape growing, and at a very generous price point for the quality offered. ‘A World of Difference’ is the unimaginative slogan of Wine of Portugal (main wine authority of Portugal) – however, I can’t possibly think of any other wine producing country in the world that truly fits this narrative well enough. Fresh black fruit with integrated tannins and a really slick finish, this Portuguese powerhouse gives you all the typicity and delight you can expect from Duoro, at a very reasonable price point too. Duoro grape starlets Touriga Nacional, Tinta Roriz, and Touriga Franca play the lead role in this luscious red, perfect accompanied with a peppered laden steak.

This natural wine from Dão is one of the purest and raw expressions of Touriga Nacional and Tinta Roriz on the Irish market today. It’s elegance and finesse of blackcurrant fruit is pure harmony with the acidity and alcohol, a real bargain.

A blend of Alentejo’s local white grape varieties Antão Vaz, Roupeiro, and Perrum, the Monte Velho Branco from Portugal’s top wine estate Esporão is the perfect aperitif, or seafood wine accompaniment. Fresh juicy citrus flavours, with loads of minerality, this is one wine that anyone around the dinner table will love.

Not one of Portugal’s indigenous grapes, however this Late Harvest Duoro Semillon shows up much of the similar style wines produced in Sauternes – a testament to the grandeur of much of the winemaking and terroir of Duoro, and Portugal. Concentrated length, liquid gold, the superlatives go on. Remind yourself throughout your enjoyment of this bottle you’re not drinking something 4 or 5 times its price.