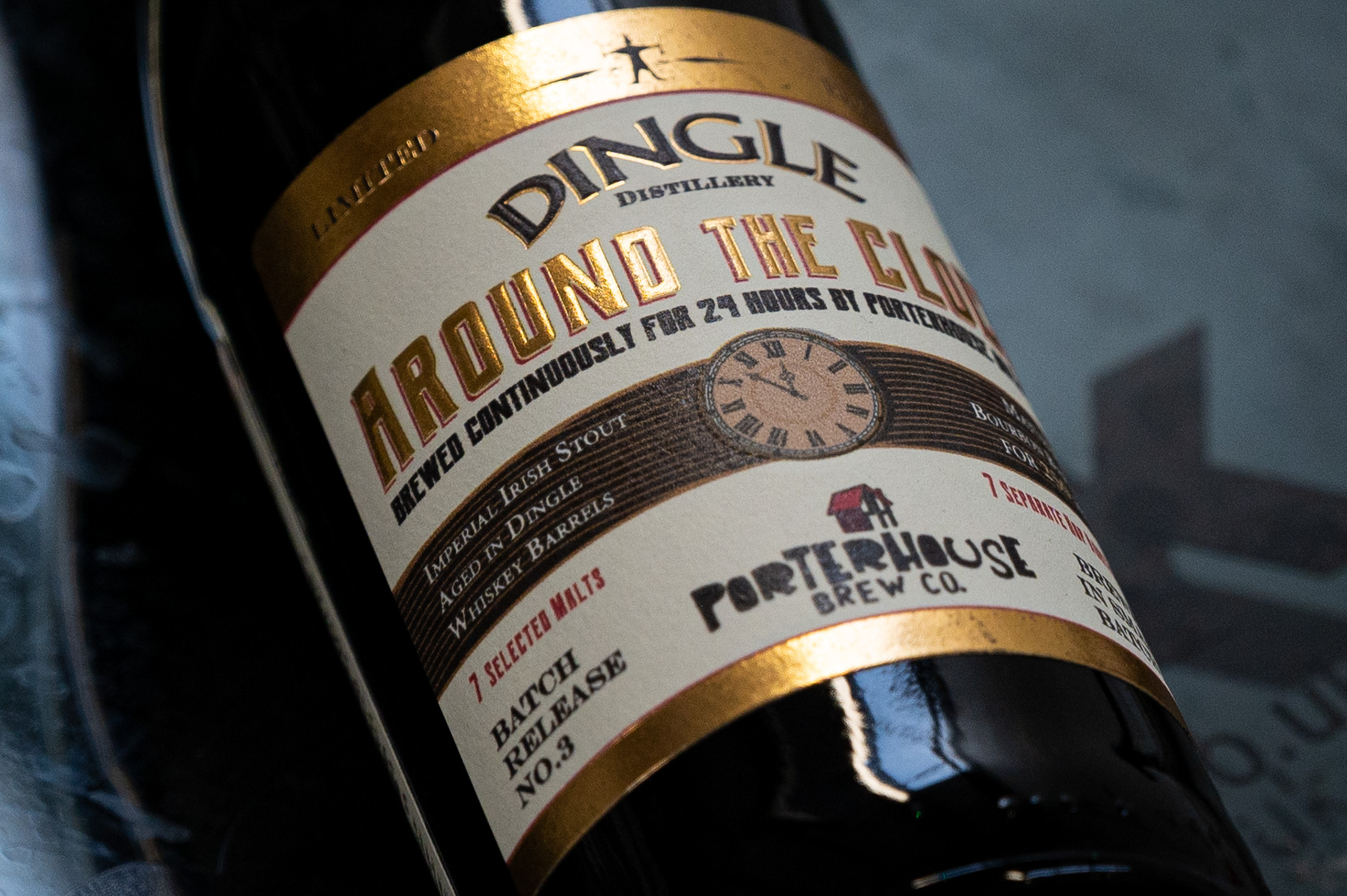 Limited release of 10,000 bottles available from 14th October 2021 at porterhousebrewco.ie

Following the extremely successful, limited releases of the first two batches of Around the Clock in November 2020 and March 2021, Porterhouse Brew Co. is delighted to introduce Around the Clock 3 (RRP €6, ABV 12.5%) – the third generation of its award-winning Barrel Aged Imperial Stout.

Renowned pioneers of Craft Brewing in Ireland, Porterhouse Brew Co. strive to embrace and create increasing complexity in beer, focusing on exceptional flavours derived from pure, simple ingredients. These trademarks are evident in the launch of its unique new Barrel Aged Imperial Stout – Around the Clock 3.

Around the Clock 3 combines seven different malts complimented by seven separate hop additions which are boiled together continuously over the space of 24 hours, using a method only used in Ireland by Porterhouse Brew Co. This novel “Around the Clock” brewing creates an immense flavour profile with distinctive malt character.

Tasting notes for Around the Clock 3

Nose: An initial hit of dark cocoa nibs opens out with some caramel and fresh ground coffee notes.

Palate: Warming and welcoming, the Around the Clock 3 drinks well by the fire or amongst friends! The palate opens with layers of vanilla bean, decadent caramel, liquorice, raisin, hints of toasted coconut and an oak char to finish.

Commenting on the launch of Around the Clock 3, Porterhouse Head Brewer, Peter Mosley said “With the massive success of its predecessors, the Around the Clock brewery team are very excited to share the third batch of this exceptional and unique stout. Around the Clock 3 spent 250 days exclusively in Bourbon casks creating the depth and flavour that these stouts have become renowned for. We’re delighted to have increased the yield for this batch, with 13,000 bottles available, and we can’t wait for our Around the Clock fans and new fans to try this elegant, evolved stout.”

Priced at RRP €6 per 33cl bottle and with an ABV of 12.5%, Around the Clock 3 is available at porterhousebrewco.ie and selected off licenses from 14th October 2021.