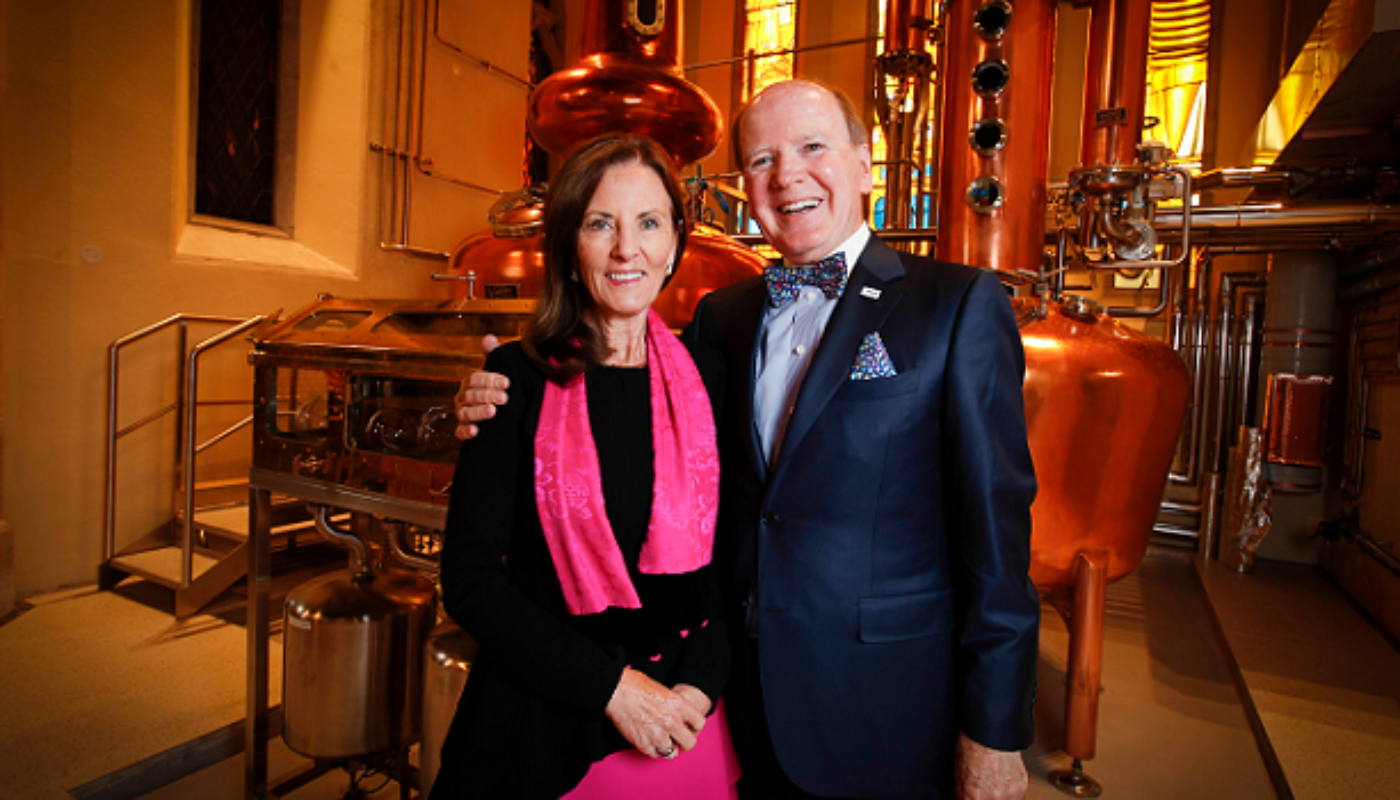 Dublin’s newest addition to a new generation of premium boutique distilleries is the Pearse Lyons Distillery at St. James. Located in the heart of The Liberties in Dublin 8, it will open its doors to the public in September.

The property was acquired by Pearse and Deirdre Lyons in 2013. Deirdre, director of corporate image and design, pointed out that Pearse’s family has strong ties to the area. Originally from Dublin, Pearse holds a Ph.D. in yeast fermentation and was the first Irishman to receive a formal degree in brewing and distilling from the British School of Malting and Brewing. “Five generations on his mother’s side, the Dunnes, traded as coopers — it was in the DNA, if you like”, Deirdre said.

After working for Irish Distillers, he moved to the US in 1977 and in 1999, Pearse purchased the Lexington Brewing and Distilling Company in Kentucky. He’s now bringing the know-how acquired in Kentucky back to Ireland, and has expressed his interest in becoming part of a whiskey trail in Dublin. Deirdre pointed out that the potential for job creation is “huge” and that the region’s rich distilling history makes it ideal for such initiative.

An investment of over €20 million has been dedicated to this project. “Restoration costs, additional facilities, distillery equipment, artworks and our new glass spire, which we have named The Liberties Lantern, has pushed the cost”, explains Deirdre.

Founder Pearse Lyons added that the new distillery and visitor centre “will showcase the history of distilling in Dublin’s Liberties. Visitors will have the opportunity to witness, smell, taste and learn all about the process of distilling Pearse Irish Whiskey.” They are expecting to host up to 75,000 visitors per year.