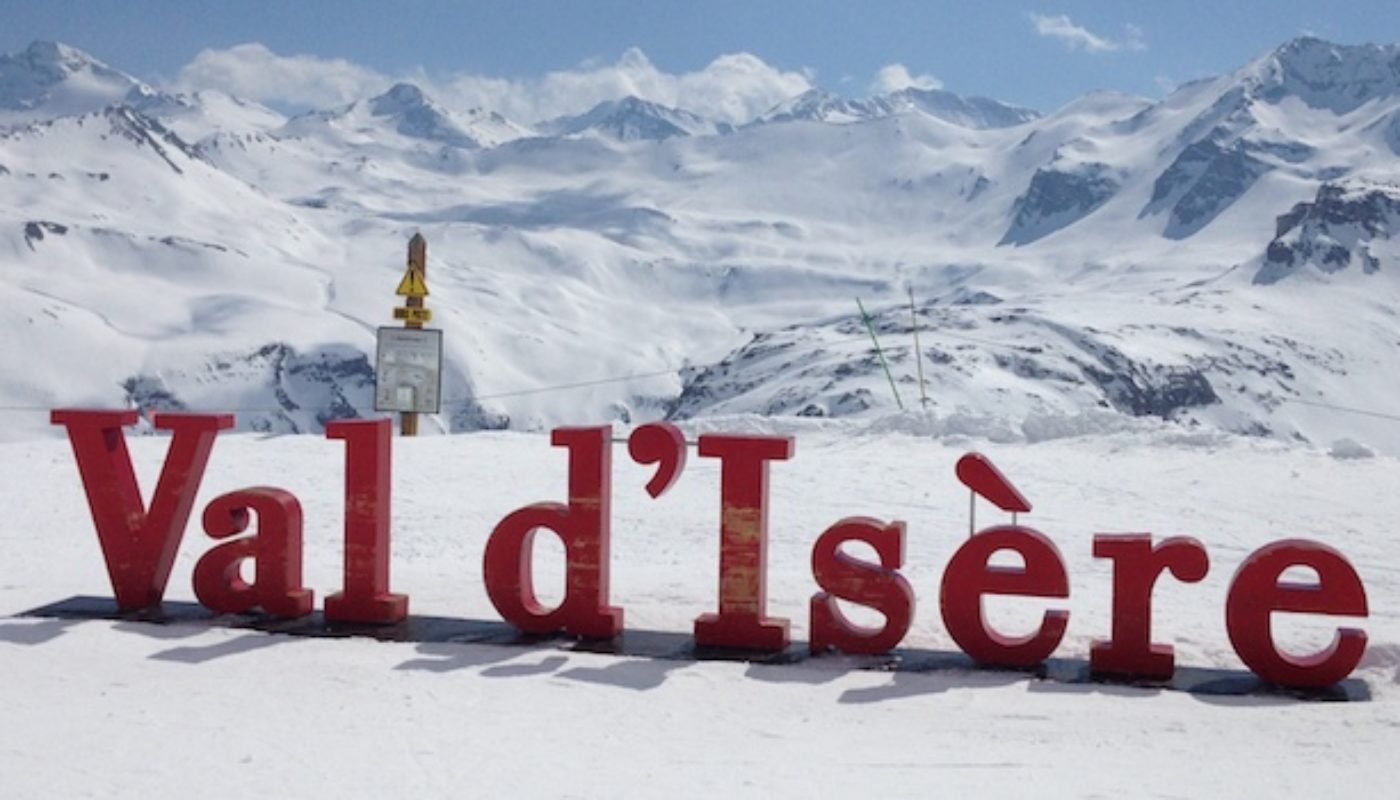 You would pay top dollar for this hair-raising ride if it was in Disneyland or Ocean World.

But the white-knuckle adventure that had me clinging to the safety bar for dear life was a chairlift in the ever-popular ski resort of Val d’Isere.

There is one particular lift in this French skiing mecca which will take your breath away.

It’s called the Leissieres and, like all chairlifts, it goes upwards, from the Solaise area of the resort to the very top of a mountain, offering gorgeous views of the snowy summits to left and right.

But rather than stopping the lift then goes over the peak and plummets downwards into the next valley.

This is the hairy bit which has earned the lift the sobriquet, the “scare-chair,” or even the “oh sh-t chair” because those are the words that come out of most people’s mouths.

And what a drop it is. The whole valley opens up thousands of feet below in a stupendous view.

Val d’Isere is one of those high resorts which enjoy good snow right to the end of the season and this was still a white winter wonderland at the end of March.

Apart from the view and the adrenalin-pumping ride, another advantage of taking the Leissieres lift is that it transports you to a stunningly beautiful but relatively quiet ski area above the village of Le Fornet.

It seemed at times we had whole slopes to ourselves as the ski schools and the bulk of the winter sports fans were back on the other side of the mountain.

Le Fornet has a large range of blues and reds, some of which are very testing. There are no black runs although the reds were challenging enough.

I spent a day exploring this region. And because the choice in Val d’Isere is so good I chose a different area of the valley to ski every day.

A sign on one gondola best summed up the resort: “Welcome to the biggest certified ski area in the world.”

And the Val d’Isere ski pass allows you to see it all, going as far as Tignes at the far end of the valley, and includes the areas of La Daille and Bellevarde.

I had a fantastic week in the resort on a Crystal Ski holiday staying in a four star chalet, the Quebec, in a luxury block called the Canadienne where all the apartments are named after cities and provinces of the North American country.

For those of you who have never tried a chalet ski holiday, it can be much more fun than a regular hotel.

With all meals taken around a communal table you soon make brand new friends.

Ours was a chalet for eight and the craic was so good some nights we never left the table except to go to bed. There was even an outdoor hot-tub to relax those aching muscles after a hard day on the slopes.

The staff made some superb meals with a seemingly limitless supply of wine which was included with dinner and which cut down on the need to head off to a bar.

If you wanted more than wine you could order a pack of ten bottles of beer for just €8, which seemed the bargain of the century in a ski resort, especially in France where a pint in a bar can cost the same amount. Or you could order a bottle of prosecco for just €10.

One couple celebrated a birthday during the week and brought down champagne at breakfast so we all had bucks fizz, something unlikely to happen in a hotel.

The camaraderie started from day one and an English couple, Adam and Hannah, who had been coming to Val d’Isere for years and knew every run, gave some great advice about where to break ourselves in the very first morning.

Later in the week I joined them for a whole day where we covered nearly the whole valley and stopped at the most picturesque mountain cafés for that energising hot chocolate or beer.

The following day the whole chalet went out en masse with Adam and Hannah leading the way.

The fun couple also introduced me to the joys of Cocorico, an outdoor apres ski bar which became our regular haunt right off the slopes where we enjoyed two beers for the price of one, €7, during happy hour. A rock band would start up every night just after 4pm and the only thing that would send us scurrying home was when the dark and cold set it.

But if you wanted to continue the party a nearly bar, the Loft, had a happy hour straight after running from 4-7pm with beers at €4.

Dinner was served every night in our chalet at 7.30pm and the set meals were always delicious. The first night it was pork Normandy, a stew with slow cooked meat, apples, lardons, carrots and onions, followed the next night by roast lamb with leeks in a cream sauce.

Another favourite was chicken, chorizo and mushroom lasagne which came after a caprese salad of mozzarella, tomatoes and basil. Dessert that night was white chocolate and raspberry cheesecake.

There was a decidedly local twist another night with French onion soup followed by tartiflette, an alpine dish of potatoes, cheese, lardons and onions, and a dessert of tarte tartine.

Our last supper was a beetroot, avocado and quinoa salad followed by chicken in a creamy cheese dish.

Breakfasts were hearty, with a different choice each morning, and there was tea and homemade cake available every day when we came in from the slopes.

As it was a Crystal holiday there were organised nights out for those who wanted them and I tried the obligatory pub crawl to check out the town’s hotspots. I managed three, the Underground bar, a lively music venue, Le Petit Danois and The Saloon before calling it a day when others headed for a nightclub.

I was blessed with perfect weather the whole week, blue skies every day and yet plenty of snow.

It’s always a joy to sit in the sun while taking a lunch break. And one place not to miss is the funky La Folie Douce restaurant-bar where a DJ and saxophonist kept us entertained while we ate our plate of pasta at 2,500m. Crystal supply vouchers here for half price lunches with a free glass of prosecco and you get there via the Olympique Gondola to the Bellevarde ski area.

Every day was a new adventure in Val d’Isere. And I will be back.

A week with Crystal in the Quebec chalet in Val d’Isere, including flights, starts at €1,199 per person, half board in January. Flights are to Chambery.

Crystal has a current deal of 30 per cent off lift pass and ski/snowboard hire.

For more information and other destinations see: www.crystalski.ie 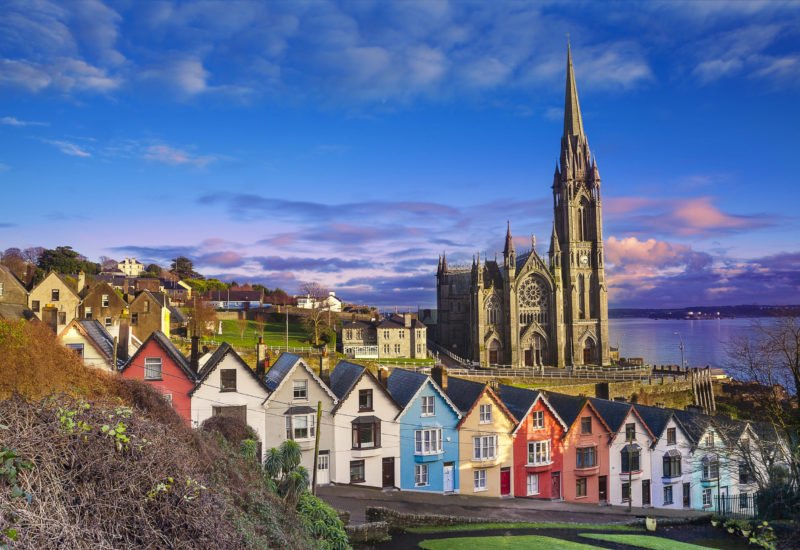