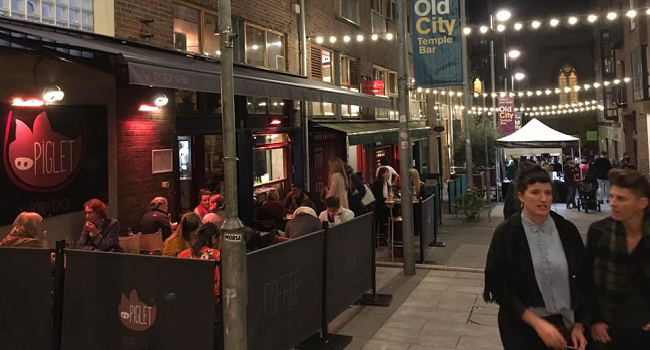 When Piglet Wine Bar opened its doors last year, wine lovers were delighted to see a vinous oasis opening in the beer and spirits dominated landscape of buzzy Temple Bar. The venue, offering a more continental approach, soon won oenophiles over thanks to its exclusive and interesting wines at affordable prices and friendly atmosphere… Their popular €3 tapas didn’t hurt.

Now the cosy wine bar has been given a makeover and it’s looking better than ever. A facade’s refreshment and a redistribution of the space that allows them to now sit up to 24 guests upstairs plus eight in the bar and a few more in the terrace is just the beginning; we spoke with Enrico Fantasia, half of the duo behind Piglet (the team completed by Thibaut Harang), who talked about the exciting changes. 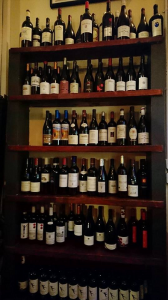 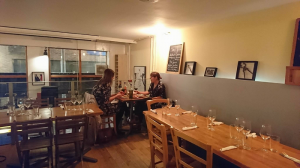 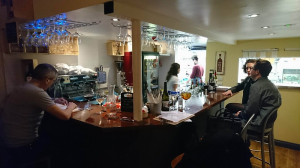 “We kept the idea of doing something different, more sharing plates than a starter, main and dessert type of place”, he said, adding that the new menu features less pasta and “more interesting dishes” such as “Fregola Casserole”, which is like a giant couscous, “Cote de Boeuf” from Longford, “Steemed Mussels”, “Confit Pork Belly” and more. 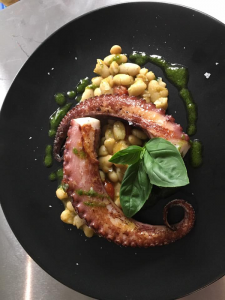 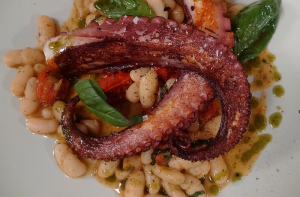 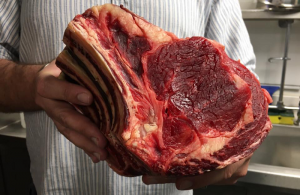 They’ve been able to upgrade the food offer thanks to a kitchen expansion, which almost tripled the hitherto minimum cooking space. The dishes, created in collaboration with Head Chef Thomas Loisel, offer an array of Mediterranean flavours which are just meant to share and enjoy with great wine.

“The wine list is getting out of control” jokes Enrico, as he points out that there are also numerous updates in their selection. They’ve started to make wine based cocktails and aperitivos such as Kir, spritzers and a must-try Piglet Tonic, made with Lustau Vermouth and Luscombe Tonic Water, and served on an appealing globe glass. The list is now divided in two main sections: “Usual” and “Weird.” In the first half, you’ll find fine bottles from prestigious regions and familiar grapes, whereas in the second part you can only expect the unexpected. There is also a new section with “Old Wines”, featuring bottles that are at least 10 years old or more, and a selection of large format bottles, with plenty of Magnums to cater for large groups (or very thirsty parties). Regarding the success Piglet Wine Bar has achieved in the year and a half it’s been running, Enrico said: “this is more than we expected, we’re very happy with how things are going.” He added that they’ve lots of plans for the new season, including organising more events such as wine dinners.

Just like a great wine, Piglet Wine Bar is ageing well, if you have enjoyed it in the past, you will love its new look and if you haven’t tried it yet, it’s certainly one to put in your to-do list.