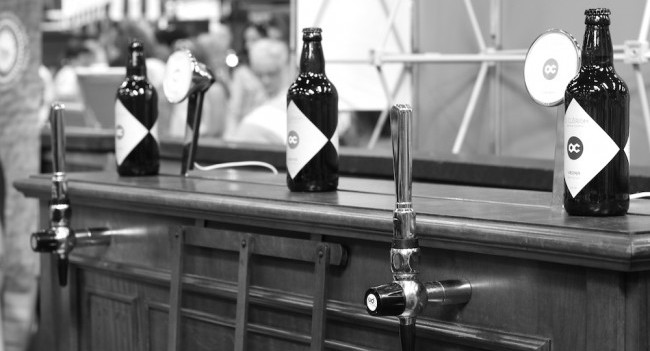 This Summer has seen the first brewery to open in Cavan in many a year. O’Cleirigh’s is a family operation run by brothers Breffni and John. The lads are trained as an architect and electrician and they bring their technical skills to bear in every part of the operation, from label design to a very cool upright piano that they have adapted into a travelling bar.

Their first beer is an American Pale Ale dubbed Virginja. It’s 5.2% and very drinkable. It’s hopped with delicious Citra and Amarillo. The beer is lightly carbonated which means you don’t get that horrible bloated feeling after a couple. It’s an excellent debut.

Their newer Kulchie is a Kolsch Style beer which is perfect for Summer drinking. But seeing as we had a terrible Summer we can only hope for an Indian Summer, it’s due about now, schools back! Again it features those lovely citrusy hops but this beer also has some biscuity malt to balance out the bitterness. 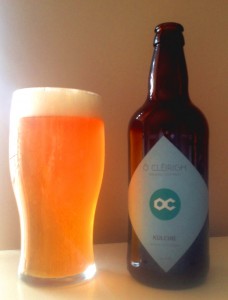 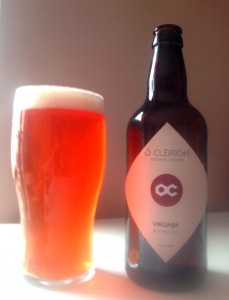 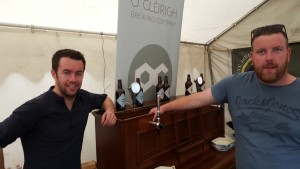 Right now these beers are only available in Cavan. Healy’s in Virginia and Blessings in Cavan have it on draught. Bottles are to be found in O’Leary’s, Cootehill, McEvoy’s, Virginia and from late September in all seven Super Valu stores in Cavan. I love seeing Super Valu supporting their local breweries. Hopefully we will be able to get these very fine beers country wide very soon. Sláinte!