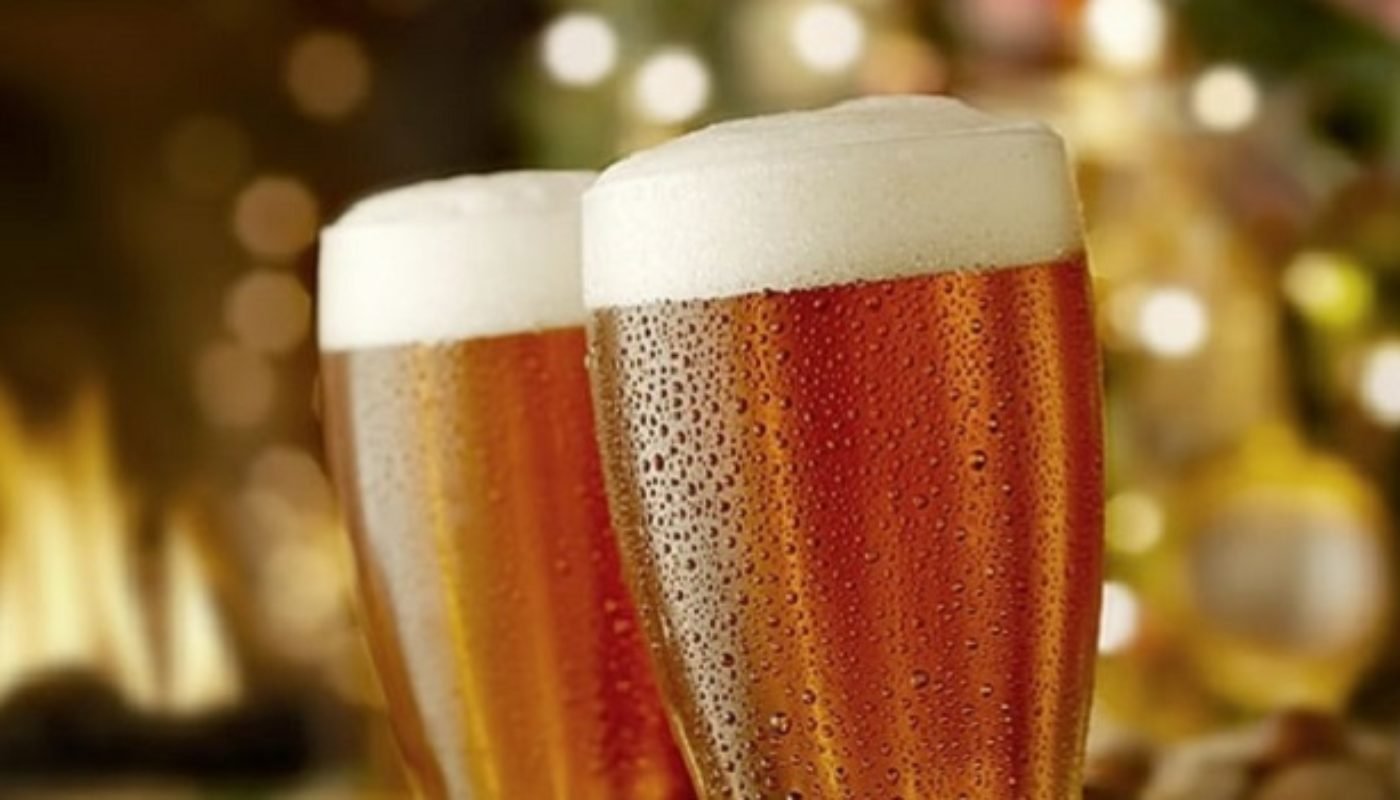 A walk down Grafton Street this time of year leaves no doubt the Christmas season is upon us. ‘Fairy Tale of New York’ serenades visitors as you wander down the path ablaze with a thousand fairy lights. The spicy scent of mince pie mingles with the sweet smells of fresh baked cookies, and the ubiquitous fat man in the red suit heralds that it is the most wonderful time of the year. The sights and sounds of the holidays are all around us and it’s time to explore one of its best loved traditions: the Christmas beer.

It is perhaps common knowledge that many of our modern Christmas traditions are rooted in the medieval Viking festival called Yule or Jól. From your holiday wreath to your Christmas tree, this pagan mid-winter celebration is responsible for their creation. And to this list of our favorite customs we can add Christmas beer! Spanning from mid-November to early January, Yule was associated with a complex ritualistic practice called Jólablót, literally translating to ‘Yule Sacrifice’ and this is where the tradition of Christmas beer comes into play. For these festivities, special beers were brewed, drank, and sacrificed to Norse deities like Odin. The consumption of beer was so critical to the medieval Scandinavian festival, that in the Norse sagas sometimes the entire celebrations are referred to simply as ‘drinking Jul’.

We can begin to see the pagan traditions and Christian celebrations mix as the Vikings became Christianised. This is particularly evident in the Heimskringla, or the Sagas of the Old Norse Kings, which depicted King Haakon of Norway moving the Yule holiday to tíma sem kristnir men, or roughly the ‘time when Christian people’ held Christmas. This saga also indicates how important the brewing of specific beer was to these Yule celebrations. According to the Haakon’s law in the saga: Ok skyldi þá hverr maðr eiga mælis öl, which I’ve roughly translated to ‘and every man is obliged to have a measure of ale’ or gjalda fé ella ‘or else they have to pay’ fé, meaning assets, livestock or money.

So, essentially Haakon is stating that every freeman, of a certain status, is required to have this amount of beer brewed for the Yule festivities. Indeed, brewing beer for Yule and hosting its related feasts were so central to this holiday that they were codified into legal codes like the Gulaþingslova. If three winters passed without this occurring, the man will have ‘forfeited his goods to the last penny’ and if he further refuses he is then banished from Norway entirely.

These early Viking beers were likely made from darker malts kilned over wood fires that would have imparted a smoky character, though it is possible through the use of saunas that paler malts, too, could have been utilized. The famous Viking historian Else Roesdahl argued that hops were in some use during this early medieval period, but like much of Europe, other herbal agents like juniper were commonly used for flavour and bittering.

Our modern interpretations of the medieval Christmas beer tradition are generally spicy or possessing an alcohol warmth, perfectly suited to sitting in front of a roaring fire at a cozy pub warding off the chill or enjoying with many of the decadent delights of the season.

There are many truly amazing incarnations of these styles of beer, but I have a few Irish recommendations of these Christmas beer releases and winter warmers to try this holiday period. The 2016 edition of O’Hara’s Winter Star is a spiced rye pale ale.

Orange zest and cinnamon add a lovely depth, while rye imparts a bready and spicy character.

Piney hops round off the tasting notes making this beer perfect for sipping over these cold nights!

Available in very limited quantities at Martin’s Off- License

This is going to be difficult to get your hands on, but oh so worth the try. Mescan Brewery will be releasing their 2015 Beoir na Nollag in very limited quantities this year. Having aged a year, the original flavours have matured beautifully. It’s an hybrid between their Tripel and Stout. After regular bulk conditioning, they conditioned it for a further 6 months in whiskey casks that had previously held Oloroso sherry. Then it was dry hopped with new world hops before being bottle conditioned.

White Hag’s Yule Christmas Ale is a rich, malty beer with a higher ABV for some lovely warmth!

Brewed with cinnamon, ginger and honey, this one imparts flavours reminiscent of Christmas cake and cookies.

A perfect pairing for all your holiday treats! Eight Degrees Brewing – The Three Dukes of Burgundy – The Good, The Bold and The Fearless

The next recommendation is actually a series released by Eight Degrees Brewing for the Christmas and winter season called The Three Dukes of Burgundy – The Good, The Bold and The Fearless.

The Bold is an Imperial Stout aged in Burgundy Pinot Noir oak barrels. They have toned down the hops here to allow the tannins from the oak and wine take their place. This is a big beer, high ABV of 9.9% and a port-like quality, absolutely perfect for heavy cheese or other luxuriously creamy Christmas treats.

The Fearless is a Farmhouse Ale aged in Burgundy Chardonnay Oak Barrels. For this, they brewed a very dry Saison which they then aged in the chardonnay barrels resulting in subtle vanilla, light citrus and pineapple notes. This is a beautiful marriage of flavours and a lovely beer to sample this holiday season. If that wasn’t enough beer to try, look no further then Martin’s Off-License Advent Beer Box- a perfect way to try new styles and limited edition releases of Irish beer! While December may have already started, it’s never too late to get on board. Along with Christmas seasonal brews, this advent calendar will have a huge range of beer styles from lager to barley wine making you absolutely spoiled for choice.

What is particularly cool, is the social aspect that goes along with this box. After purchasing head on over to their #madvent16 Facebook page to compare and contrast your likes and dislikes with the other people who’ve bought a box! Available exclusively from Martin’s Off-License for €110.00 here, but make sure to use the coupon code TheTaste to get €5 off.